Sydney firefighter makes it in time for birth of daughter

A heroic firefighter who saved a family from a burning home made it to hospital just in time to see his baby daughter born.

Alan Fritsch’s wife Stacey went into labour while his fire crew battled a blaze at The Ponds on Sydney’s northwest.

After helping save a father and two children from the from the fire he raced to hospital to witness the birth of his daughter, Paige.

Fire and Rescue New South Wales posted a photo of the happy family on Facebook on Tuesday evening. 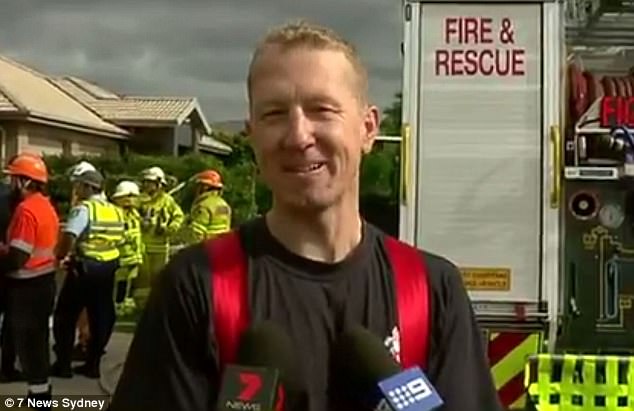 The hero firefighter (pictured) helped save a father and two of his children from a house fire before racing off to the hospital for the birth of his baby daughter, Paige

Rescuers were called to a home at The Ponds around 7am on Tuesday morning after neighbours had raised concerns when the children were heard crying from atop of a roof, 7 News reported.

Nearby residents sprang into action, as they went to the aid of the youngsters with one man grabbing a ladder from his property before getting them to safety.

Smoke billowing from the house was captured on surveillance cameras from a residence opposite the blaze.

‘We had people confirmed stuck on the roof. So they self-evacuated off the roof and the male occupant was stuck in the bathroom and disorientated,’ firefighter John Bolwell said.

The man was treated at the scene before he was taken to hospital with two of his children suffering burns to his face and severe smoke inhalation. 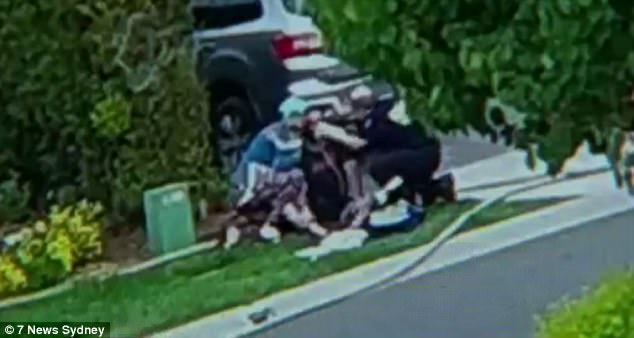 Shortly after the fire crew’s rescue Mr Bolwell’s colleague Alan Fritsch had to rush off to his own emergency.

‘I’m off to Westmead private hospital, I just had a phone call from my wife who has just gone into labour, or has to have an emergency cesarean so very exciting day,’ he said at the site of the blaze.

‘It’s been hectic but very exciting, so can’t wait to get out of here just quietly.’

Investigators will now work to establish the cause of the blaze with first initial inspections indicating it was likely started in the kitchen. 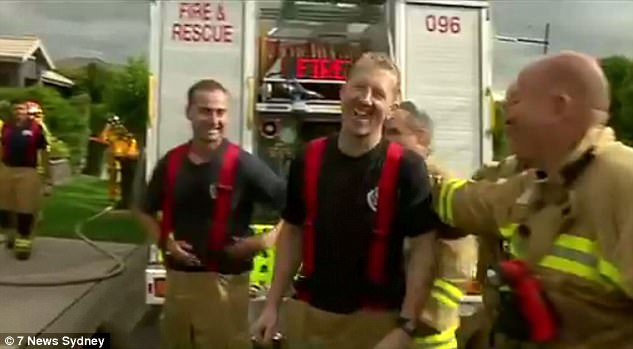