Sydney floods: Thousands could be hit by water if Hawkesbury Nepean river bursts

Terrifying prediction reveals how 100,000 Sydneysiders could be hit by flooding with 12,000 homes going underwater – and the suburbs that will be hit the hardest

Up to 100,000 Sydney residents could be hit by biblical flooding with 12,000 homes gong underwater, according to a chilling worst-case scenario prediction,

Flood modelling shown to 7News reveals how vast swathes of the city’s suburbs could be inundated with water if the Hawkesbury Nepean river system spills over.

Richmond, Marsden Park, Riverstone, McGraths Hill and Wallacia are the suburbs most at risk of floods, the modelling shows, and it could happen at any time.

Up to 100,000 Sydney residents could be hit by biblical flooding with 12,000 homes gong underwater, according to a chilling worst-case scenario prediction (Nepean River pictured)

A previous prediction by the NSW Government in 2017 said Penrith City, Hawkesbury City, The Hills Shire, and Blacktown City were most at risk of a devastating flood, with Richmond and Windsor also in the firing line.

‘While there hasn’t been a major flood in the Hawkesbury-Nepean Valley for over 25 years, floods can and will happen again,’ it said.

‘Nothing can stop flooding completely in the Hawkesbury-Nepean Valley.’

The NSW Government is taking a series of measures to mitigate the impending disaster.

One of these is raising the height of Warragamba Dam by 14 metres to temporarily hold back floodwaters. 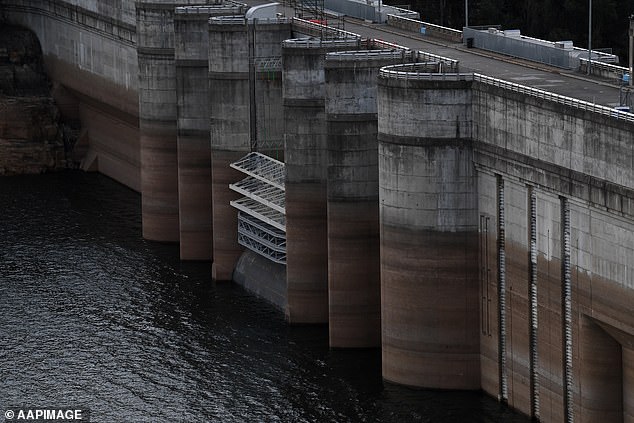 The NSW Government is taking a series of measures to mitigate the disaster. Among the most important measures is to raise the height of Warragamba Dam (pictured) by 14 metres to temporarily hold back flood waters

It will provide more time for evacuation and reduce flood damages by around 75 per cent on average.

Stuart Ayres, Minister for Western Sydney, admitted that raising the dam height will have environmental consequences.

‘Yes, we will have impacts in the environment, we’re not denying that but this is about putting property and lives first,’ Ayres told Seven News. 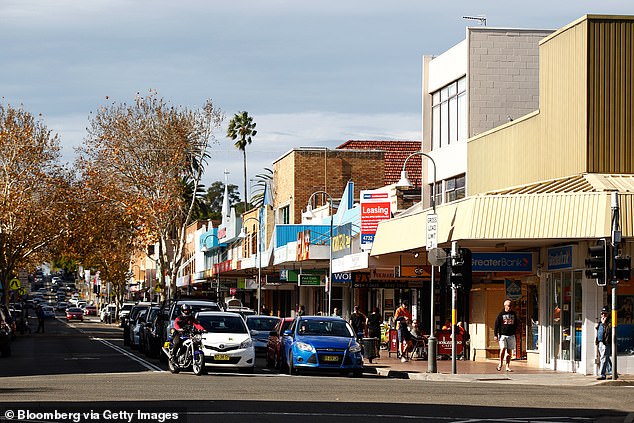