Kids as young as five are being taught how to start their own businesses in a boot camp aimed at creating the next generation of entrepreneurs.

Taj Pabari, 18, started his career by creating a technology website when he was 11-years-old, now he runs boot camps for young kids on how to create their own businesses.

‘We started the program a year ago and it’s designed to equip them with the skills and the resources to change the world,’ Taj told Daily Mail Australia.

Taj Pabari, 18, started a company to get young kids thinking about business

In 2014 Pabari founded Fiftysix, a company that started out manufacturing and selling build-your-own electronic tablets which taught kids about the building blocks of computers that make up our digital world.

Since then the company has morphed into an independent educational provider running workshops across the country focusing on entrepreneurship and creativity.

‘So it’s a business camp, essentially over three days they will start a business or social change movement,’Taj said.

The business camps are held across the country, in Sydney, Brisbane, Melbourne and Adelaide and the company is about to launch them in Singapore.

Fiftysix has worked with 40,000 kids across the nation, but Taj wants to double that number by 2020.

And while the camps centre around teaching kids finical literacy and getting them ready for the workforce, Taj says it isn’t all about making money. 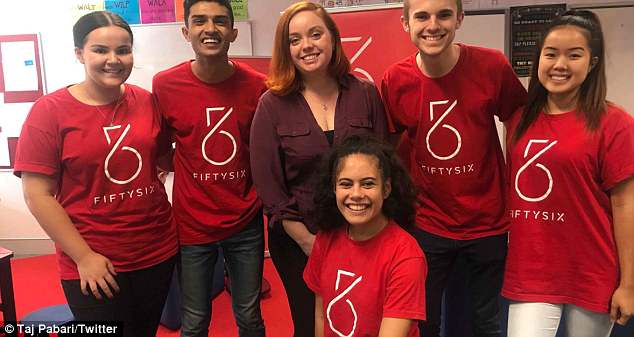 ‘The kids aren’t just taught how to prepare for the business world, they’re encouraged to start their own social enterprise.’

‘They can come in wanting to start a business and make lots of money but are leaving with a social conscious.’

He says the focus is often on helping others: ‘One kid in the camp, he was nine years old, he came up with the idea for a disability smart watch. His brother had a disability and he wanted to do something that could help.’ 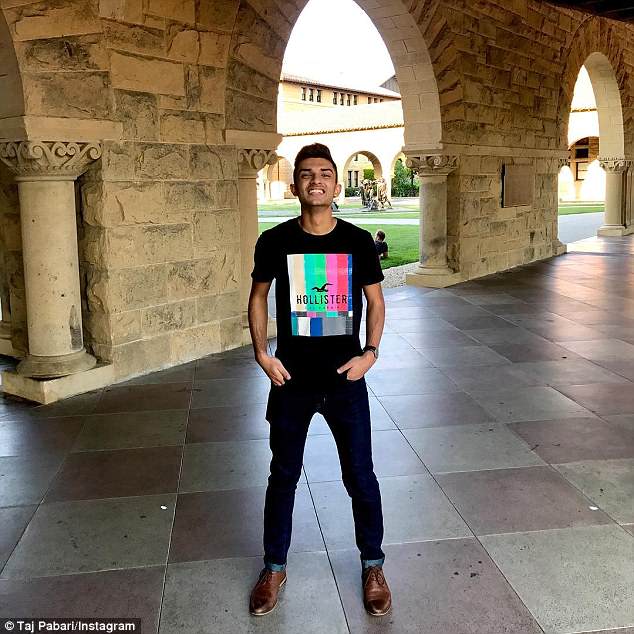 ‘Over the course of three days he presented the idea, conducted market research, created a prototype, and presented it to a panel of judges.’

The business camps cost parents $350 for the three day program. For every full fee place that is purchased Fiftysix offers a scholarship position to an underprivileged student.

For Taj, the camps aren’t  about giving them the tech resources but teaching them more ‘human skills.’

‘I just graduated and am looking at the workforce and the skills that they really need to know are communication and collaboration.’

‘Soft skills, human skills are the most important thing.’