The NRL grand final could leave Sydney for the first time ever if the state government decides to abandon its $810 million redevelopment of ANZ Stadium.

The move would leave door open for other states to bid for the lucrative contract, as it would reportedly be left ‘null and void’.

NSW premier Gladys Berejiklian last year agreed to a 27-year hosting deal with the NRL, which would keep the final in Sydney until 2047.

But a key part of the agreement was the state government’s commitment to building the new Allianz Stadium in Sydney’s Moore Park, as well as a costly upgrade to the ANZ to make it rectangular.

It was hoped this modern facility would rival the Suncorp Stadium in Brisbane and the Adelaide Oval.

But the NSW government is now undertaking heavy budget cuts, as a result of the coronavirus pandemic.

And the crisis could see between $10-20 billion slashed from the state’s revenue, with the treasurer warning ‘the hit to the economy is real’.

Officials previously predicted that the government would have a $1.9 billion surplus over the next four years.

The grim forecast has even forced the state government to freeze public sector wages for 12 months in a bid to save the $3 billion.

It has not yet announced what will happen to the $810 million construction plan.

Meanwhile Queensland, South Australia and West Australia have all previously expressed an interest in hosting the game if it ever left NSW. 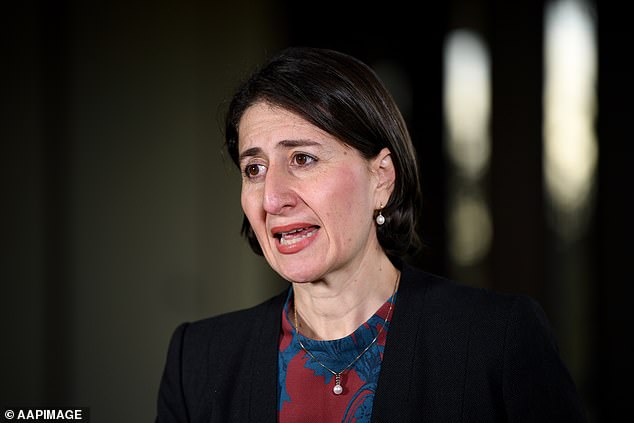 The NRL league resumed on Thursday after play was suspended due to the coronavirus outbreak.

The 2020 season ground to a halt on March 23 after two rounds as businesses across Australia closed their doors to stem the spread of coronavirus.

More than 1.3 million viewers sports-deprived fans watched on as the Parramatta Eels smashed the Brisbane Broncos 34 to 6 at Suncorp Stadium in Brisbane on Thursday night.

It was the highest ratings for a regular-season match in six years – and a record audience for a pay-for-view game.

The highly-anticipated match was the first live Australian sport played since March and was without spectators, due to social distancing restrictions introduced to control the virus.

The game was even screened in the U.S. on Fox Sports 1 and in Britain on Sky Sports. 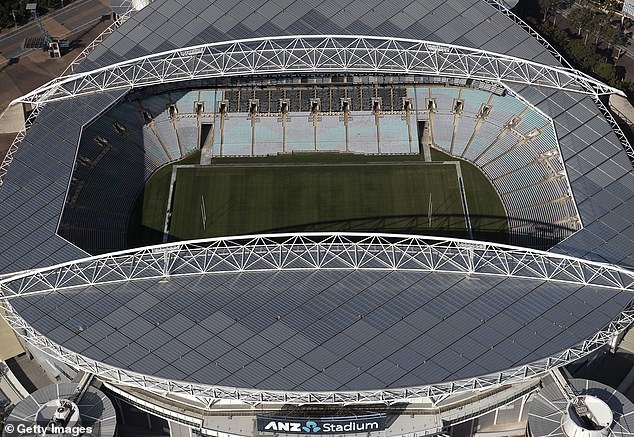 An aerial view of ANZ Stadium on April 22, 2020 (pictured) ahead of its planned redevelopment