An exclusive inland wave park has been proposed for an unusual location on the outskirts of north west Sydney.

The Wisemans Ferry Retreat and Golf Club on the Hawkesbury River submitted an application to the Hills Shire Council on January 23 to construct a 13,735-metre wave pool complete with a beach and lounge area on their existing site.

The pool will use more than 30,000 cubic metres of water filtered from the Hawkesbury while utilising wave-generating technology from American company Surf Loch Wave Systems.

But not everyone will be able to enjoy the attraction, because the wave park will be exclusive to retreat guests. 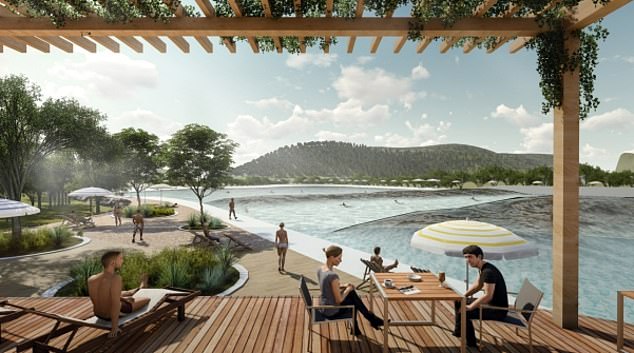 The proposal includes plans for the pool to use more than 30,000 cubic metres of filtered water drawn from the Hawkesbury River 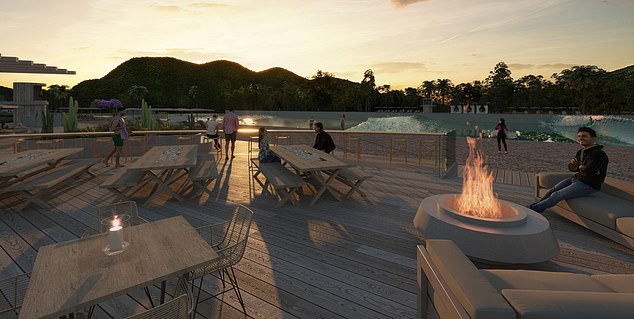 The exclusive facility will be for retreat guests only and will include a beach area, lounge and viewing deck 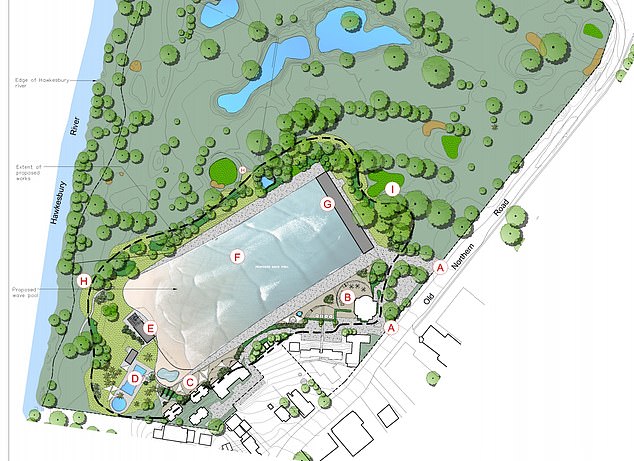 The wave park will not impact any other existing facilities on the site, including a restaurant, golf course and 54 hotel rooms

‘This application is proposed to enhance the facilities currently on offer at The Retreat at Wisemans which will serve as a drawcard for patrons of the motel facilities,’ the proposal planners told The Hills Shire Times.

‘The Retreat will become a Golf and Wave Hotel that will make a valuable contribution to the local economy, without altering or impacting upon the existing ambience, visitation potential, or aesthetic qualities of the site or Wisemans Ferry Village.’

The Wisemans Retreat wave pool is set to become the second wave pool in Sydney, following on from a new Urbnsurf facility at Olympic Park in Homebush, which is scheduled to begin construction this year.

Urbnsurf Melbourne is the first wave park in Australia, and opened its doors in early January. 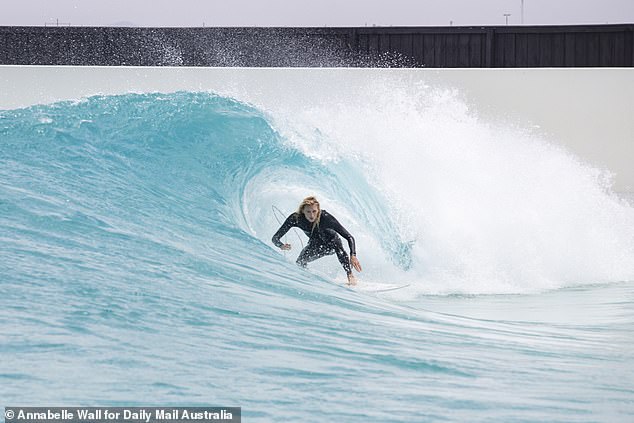 The $30million facility features a baseball field-shaped pool the size of the MCG, and utilises Wavegarden technology to produce perfect surfing conditions in a safe and controlled environment.

The wave park was forced to close for three days last week after mud rain from a passing dust storm contaminated the pool, but has since reopened for customers.

Surf Loch Wave Systems have yet to open a full-size wave park featuring their wave-generating technology utilising water from a river.

A spokesperson from The Wisemans Ferry Retreat and Golf Club told Daily Mail Australia they had been ‘told not to discuss’ the proposal, which was reportedly made by the new owners of the resort.

Daily Mail Australia has reached out to Surf Loch Wave Systems for comment. 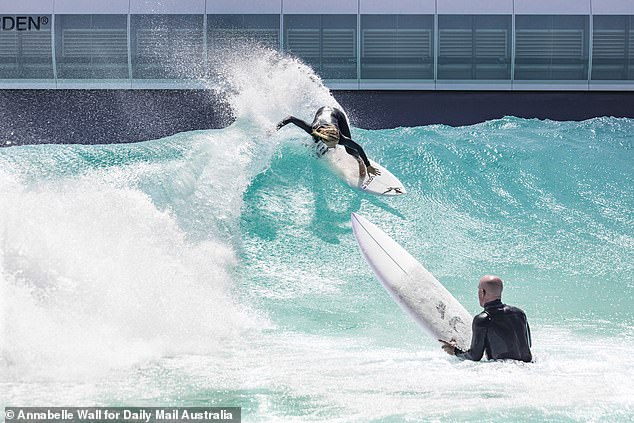 The Urbnsurf Melbourne facility (pictured)  is Australia’s first wave park, with a second facility in Sydney scheduled to begin construction this year, which will face new competition for Sydney surfers from The Wisemans Ferry Retreat and Golf Club proposal