A chemical supplies executive facing decades in prison for allegedly importing tonnes of methamphetamine ingredients has been refused bail by NSW’s highest court.

Former high-flyer Michael Snounou is accused of using his industrial chemical supplying company, Cyndan Manufacturing, as a cover to import 11 tonnes of iodine into Sydney.

Prosecutors say Cyndan didn’t use iodine for its legal production of various chemical products and instead Snounou made 28 iodine orders from 2011 to 2018 with the intent to produce methamphetamine.

He’s also accused of importing gamma-butyrolactone (GBL) and possessing hypophosphorous acid – another chemical prosecutors say his company had no business in.

As part of their circumstantial case, prosecutors argue material linked to Cyndan had been found in drug labs across Sydney.

Snounou, a University of Sydney engineering graduate who lived in Potts Point before his arrest, told the Court of Criminal Appeal in July he needed to be at liberty as he couldn’t properly prepare for his trial in mid-2020 while in custody.

To facilitate that, he offered to submit to constant electronic monitoring and had various family members willing to offer up to $1.75 million as surety. 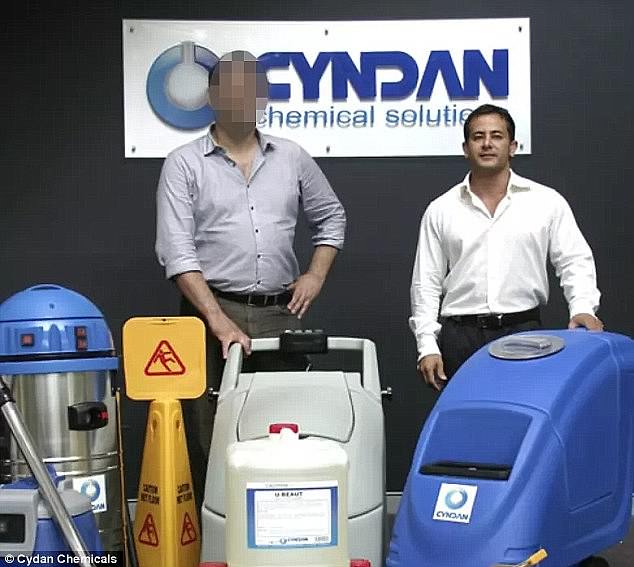 The former high-flyer had a bail application refused on Friday as prosecutors feared he would flee to Lebanon, where there is no extradition treaty with Australia

Justices Robert Allan Hulme and David Davies and Acting Justice Mark Leeming, in reasons published on Friday, found Snounou’s continued detention was unjustified based on the summary of the Crown case.

But they remained too concerned that, if bailed, the former chief executive could flee to Lebanon where his wife and children now live. Lebanon has no extradition agreement with Australia.

Further, electronic monitoring was not a fail-safe system, they said.

Snounou will be given a laptop in prison to view the Crown’s case against him, the court heard.

He is next due to face Central Local Court on August 7.