Son, 20, ‘shoots his mother, 50, multiple times in the head with a NAIL GUN during Christmas Day argument’

A mother is fighting for life in hospital after she was allegedly shot multiple times in the head with a nail gun by her son, in what police have described as a ‘domestic violence incident’.

Police were called a home in Bonnyrigg Heights in Sydney’s south-west at around 10.30pm on Tuesday following reports a woman had been injured.

Police were told a mother, 50, and her son, 20 were involved in an altercation, before the woman was allegedly shot multiple times with a nail-gun.

The son then allegedly fled the scene.

The mother was treated at the scene by paramedics for lacerations to her face, before she was rushed to Liverpool Hospital where she underwent surgery.

She remains in a critical condition.

Another man was treated by paramedics at the scene for shock.

Fairfield Police established a crime scene and are investigating the incident.

The man who allegedly fled the scene was arrested by police nearby and was taken to Fairfield Police Station, where he’s assisting police with their inquiries. 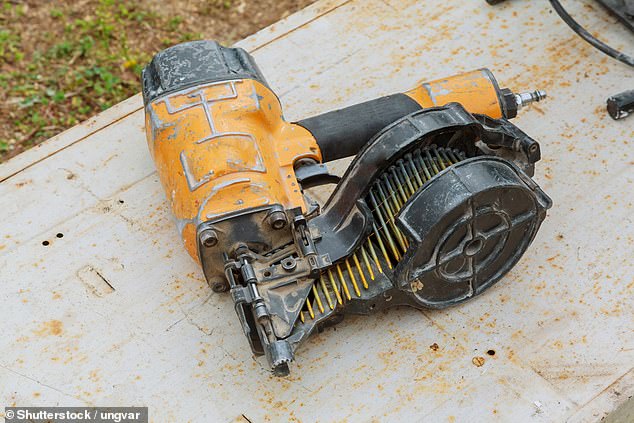 NSW Police are expected to release more details about the incident on Wednesday morning.

Anyone with more information about this incident is urged to call Crime Stoppers on 1800 333 000.