The United Muslims of Australia’s website features a 13-minute promotional video which shows the faces of five male leaders.

However, two hijab-wearing women in the video are only shown from behind, even though their names are on the screen.

High school teacher Mariam Elrayes Kayal, the sister youth program co-ordinator, looks away from the camera in the video as she talks.

‘You get to meet your sisters every week, have a bit of a social gathering, bond over morning tea or something that someone has baked.’

Footage of a male sheikh, Shady Alsuleiman, is on the screen addressing a room full of women in hijabs, known as the UMA Sisterhood, during Ms Kayal’s video narration. 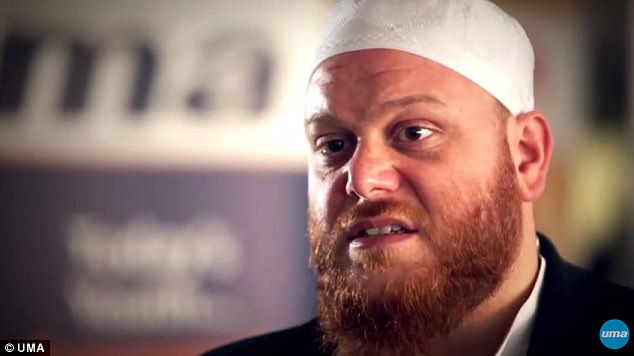 A male sheikh Shady Alsuleiman’s face features clearly in the video, along with other men

Sheikh Shady, the president of the Australian National Imams Council, features prominently in the video, with his face and that of other men clearly shown.

‘We created a very important project, which is the camps, where they could uplift the spiritual side,’ he says.

Another woman, Marwa Elsankari, is also in the video looking away from the camera as she talks about the group’s charity work.

‘We gift those who need smiles for those who are going through hardship, medically, financially,’ she says. 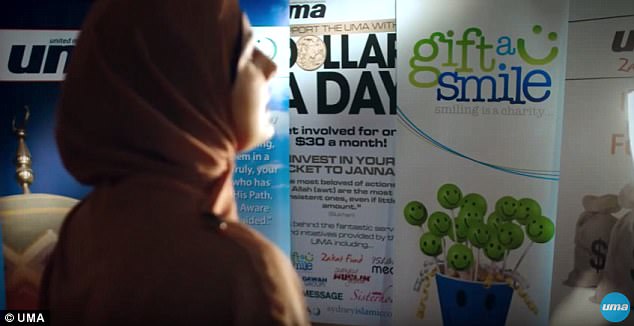 Daily Mail Australia contacted United Muslims of Australia, who have a youth centre at Padstow in Sydney’s south-west, but has not had a response.

Last year, the group sold separate tickets for men and women attending its Quest for Success conference in Sydney.

They did this even after freelance journalist Alison Bevege had successfully sued Islamist extremist group Hizb ut-Tahrir for gender discrimination, for making her sit in a separate section for women at the back of the room.

Sheikh Shady was part of another gender controversy last year, when an Islamic conference in Melbourne he was addressing blacked out the faces of female speakers.

The Australian Islamic Peace Conference pamphlet featured the often smiling faces of 12 male speakers, but not the women.