An anti-masker who claims she is exempt from wearing a face-covering because she suffers asthma has filmed a fiery confrontation with police officers on a NSW train.

The commuter was confronted by two cops for failing to wear a mask while travelling on an intercity train in Newcastle on Tuesday afternoon, video shows.

In the footage, the woman angrily claims she was exempt from the rule designed to stop the spread of the highly infectious Delta Covid variant.

‘I have an exemption. I don’t need to show you my exemption. I have asthma. I’m an asthma sufferer. I don’t wear a mask – ever,’ the passenger insisted. 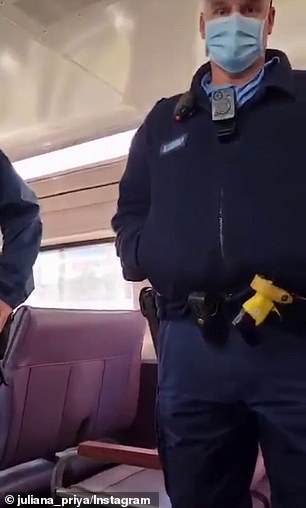 The commuter was confronted by two NSW Transport Command police officers on Tuesday afternoon. She insisted she had an exemption – asthma – and then the confrontation got heated

When one of the policemen said he needed to take the commuter’s details, the anti-masker angrily responded that she wasn’t obliged to provide them.

The second officer then picked up the woman’s Nike bag, said ‘come with me’ and marched off the train.

The anti-masker became increasingly upset as she followed the officers onto the train platform, demanding her ‘f***ing bag’ be returned to her.

The woman claimed her exemption from the requirement of wearing a simple piece of cloth on her face was a ‘personal thing’ with her doctor.

She then taunted one of the officers as he marched down the platform with the woman’s bag, asking him if he felt like a ‘big man’.

‘You are doing the wrong thing,’ she yelled, while filming the policeman.

‘Crimes against humanity are so big right now.’ 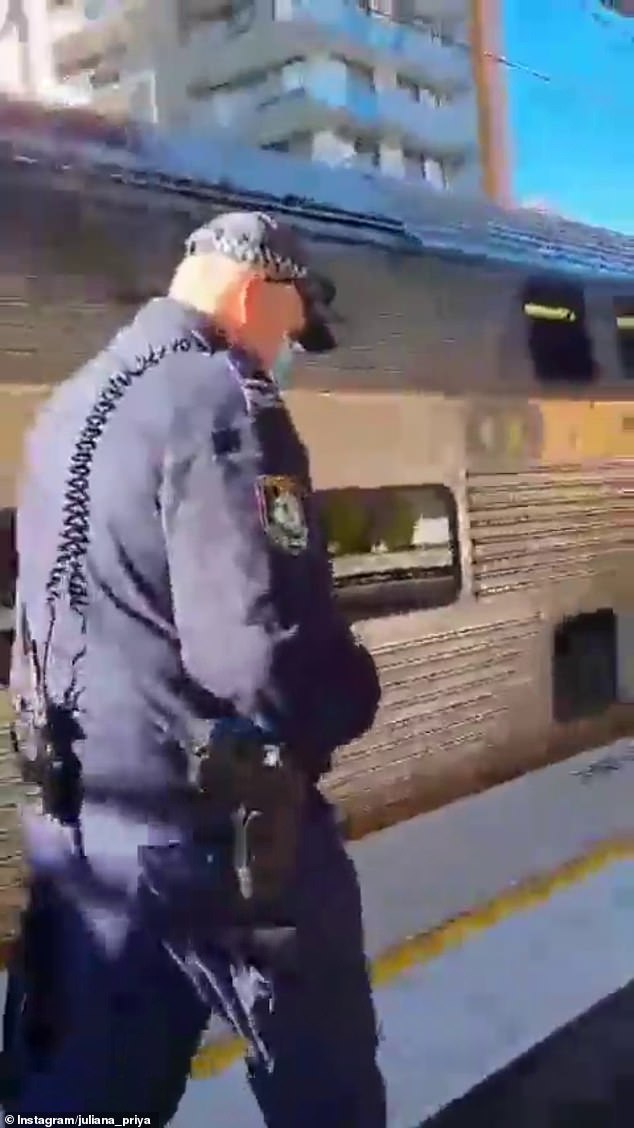 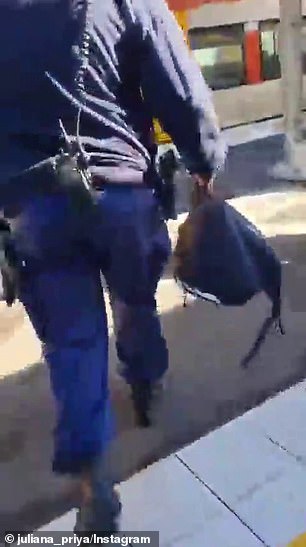 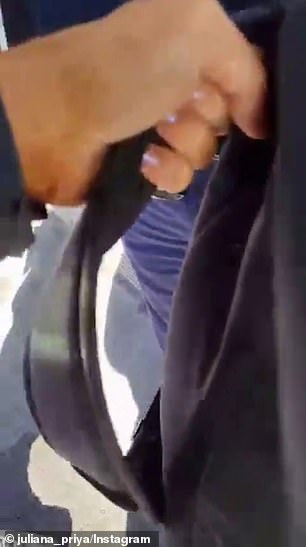 The police officer marched off the train with the woman’s bag. The woman was then seen attempting to seize it back

Under the public health orders, NSW residents over the age of 12 are required to wear a face mask on public transport, including outside greater Sydney.

The only exemptions are for people who have a physical or mental condition that makes wearing a mask unsuitable.

It is an offence to refuse a police officer’s lawful request for a person’s name and address under the Law Enforcement Powers and Responsibilities Act (LEPRA).

A NSW Police spokesman said police are aware of the video and are conducting inquiries.