An off duty police officer has been hailed a hero after he rushed to save the lives of an elderly couple who were trapped inside their burning home.

Chief Inspector Brenton Charlton was driving to work about 5.45am on Wednesday before noticing a home in Sydney’s inner west suburb of Tempe going up in flames.

‘I forced entry into the premises by kicking the front door in, took me a couple of times to get it to budge, I didn’t think I was actually going to get in,’ he told Nine News.

Dressed in nothing but football shorts and thongs, Chief Insp Charlton battled through soaring 600 degree temperatures before rescuing a male, 82, and female, 84.

‘Crawled in, crawled out yelling and screaming until we raised at least one occupant,’ he recalled.

The woman’s husband, who was sleeping near a heater before it caught fire and ignited the house, was attempting to diffuse the fire in the back yard before he was dragged to safety.

The couple had lived in the home, which had no working fire alarms, for more than 50 years.

They were treated at Royal Prince Alfred Hospital for smoke inhalation.

Chief Insp Charlton was assisted by a nearby resident, who described how he hosed the elderly man down after noticing his clothing had caught fire. 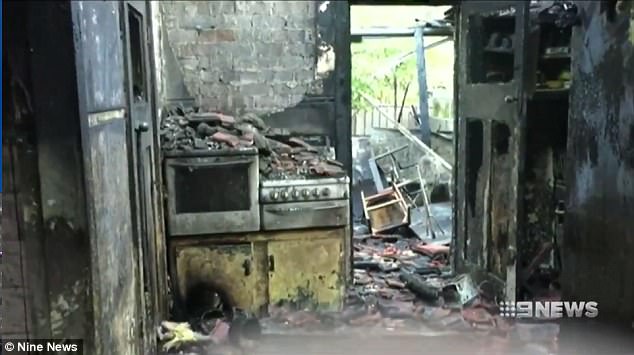 A tradesperson was also involved in the rescue and explained how in the moments after the man was dragged to safety, he ‘pulled him and sat him down and checked him over to see (if he had) any blisters or any burns.’

Chief Insp Charlton, who has more than 24 years experience in the police force, is expected to be officially recognised for his courageous actions.

He has however been quick to dismiss being labelled a hero, saying: ‘It was a joint effort, it wasn’t just me, that could be my mother, or my wife, or my kids, or my family.’

‘I’d expect the same done for me.’ 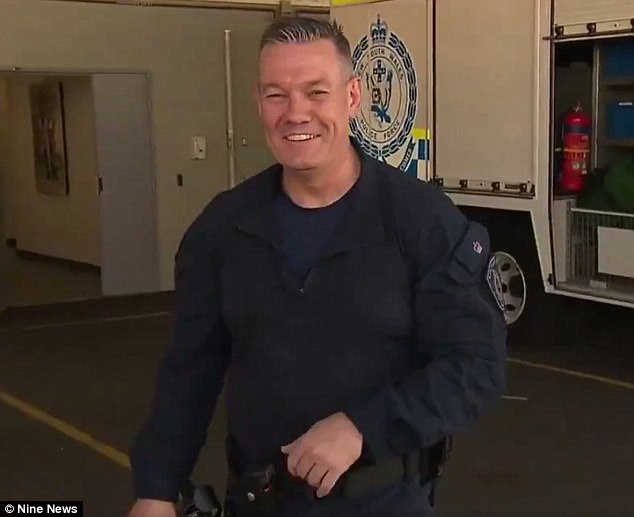 Chief Insp Charlton, who has more than 24 year experience in the police force, is expected to be officially recognised for his courageous actions