P-plater destroys his dad’s new $70,000 V8 Mustang after taking the car for a spin without his knowledge – but his father’s reaction will blow your mind despite insurance refusing to pay for the vehicle bought for a family wedding

A P-plate driver is lucky to be alive after he lost control of his father’s brand new high-performance Mustang and slammed into a power pole.

The 20-year-old university student was driving the $70,000 car in Mt Druitt, Sydney’s west, on Sunday night despite his licence conditions prohibiting him from being behind the wheel of the vehicle.

He had just turned the corner into Carlisle Avenue when he spun out of control on the slippery road, crashing into the pole and destroying the car in the process. 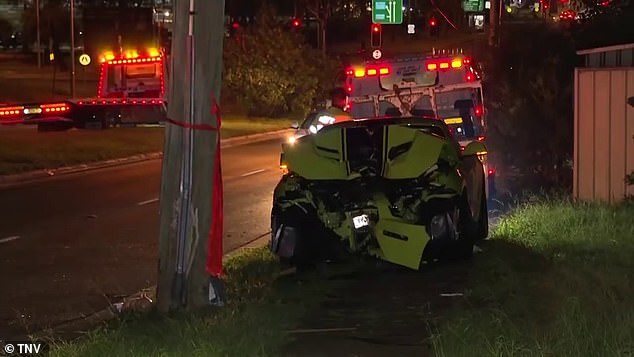 The man was pulled from the vehicle by shocked onlookers and taken to hospital suffering minor leg and head injuries, Seven News reported.

His father, Muhammad Akhtar, had only purchased the vehicle last week and was set to use it for his daughter’s wedding – but the car is now a write off.

Despite being left thousands of dollars out of pocket and without a car for his daughter’s special day, Mr Akhtar had a surprising response when asked about his son’s crash. 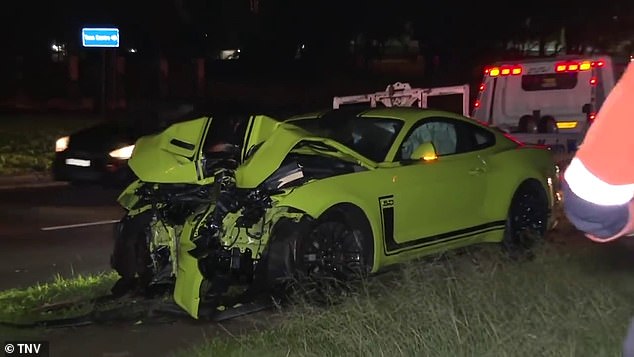 The 20-year-old is facing charges of driving a prohibited vehicle and negligent driving.

The vehicle was insured but as the man was prohibited from driving the car, the insurance is null and void.