Sydney pub in Marrackville goes up in flames in ‘suspicious’ fire

A fire has ripped through a popular Sydney pub forcing 20 people trapped inside to clamber out of second storey windows and killing the venue’s adopted rescue cat.

Emergency crews responded to reports of a fire at the Royal Exchange Hotel in Marrickville, in Sydney’s inner west, just after 12am on Tuesday.

The fire is understood to have been deliberately lit, with witnesses saying they had seen a man throwing what looked like a Molotov cocktail into the building and a bottle of accelerant later found nearby. 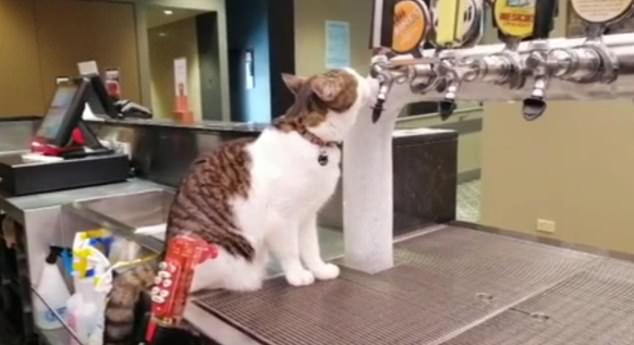 Staff, patrons and residents were inside the building as the ground and first floor became engulfed in flames, forcing them to climb out through windows on the upper floor and onto an awning.

Firefighters then brought them safely down with ladders avoiding any serious injuries, though multiple people were treated for smoke inhalation.

Sadly, Whisky the beloved pub cat who was previously rescued by the owner  perished in the fire, having been found sheltering under an upstairs bed after the blaze was extinguished.

NSW Police Detective Superintendent Sam Crisafulli said the blaze was ‘cowardly’ and the result could have been much worse with staff and patrons lucky to have escaped.

The pub was recently renovated less than six months ago. 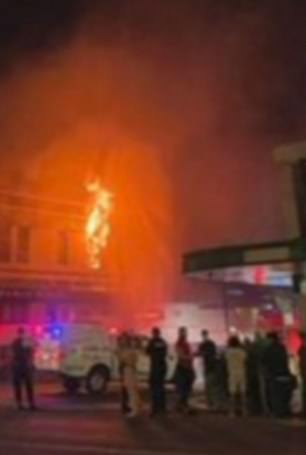 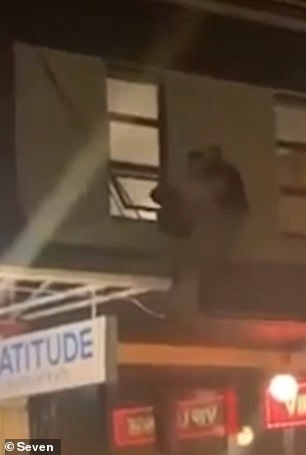 ‘Someone has attacked the venue with fire. It’s too early for me to say why but someone was obviously upset for whatever reason,’ the hotel’s construction manager Gerard Lebreux told The Daily Telegraph.

‘It’s a shame they’ve attacked a place like this because a lot of people come here, it’s always busy.’ 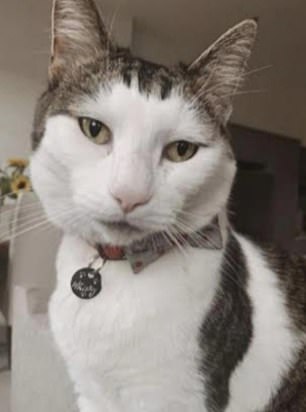 ‘The [pub] owner is very upset, especially about the cat.’

The cat’s owner Emily Dee said Whisky was popular among locals at the pub.

‘He loved sitting near the fire and sitting in the beer garden when the footy was on… Locals would feed him their leftovers.’ she said.

‘He lived in the pub. He will be dearly missed and always remembered.’

The fire is understood to have started on the upper floor.

Firefighters and police are investigating the blaze.

Police want to speak to a male aged about 20 with an Asian appearance and wearing a blue polo shirt who was seen running from the area. 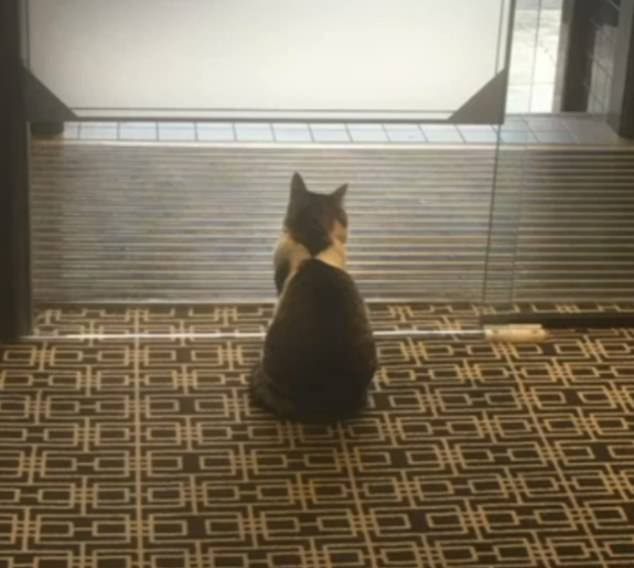