A high-end escort and mother-of-two has revealed the daily struggles of juggling both lives – along with the constant death stares she cops at school drop off.

Sydney sex worker Madison Ashton, 45, left a raunchy life of brothels behind to raise her children, Xavier and Indra, during her 20s.

But after struggling to settle into the role of the suburban housewife, Ms Ashton, otherwise known as Christine McQueen, decided to rejoin the sex industry.

‘As much as I love my kids, the whole time that I was growing up I felt that I was never going to be respected as a mother,’ she wrote in an article for Kidspot.

She made headlines after outing herself as an escort in 2012 as she tried to sue the estate of billionaire Richard Pratt for $10million.

Ms Ashton said that while raising her children she often longed to be back working in the brothels, adding being a mother was ‘way harder’

Ms Ashton claimed Pratt, who died in 2009, promised to set up a $5million trust fund for her two children and pay her a retaining fee of $500,000 to stop working as an escort and become his mistress.

The businessman was a leading figure in Victorian social and business circles, and was once Australia’s fourth richest person.

But his former mistress has now revealed said that while raising her children she often longed to be back working in the brothels, adding being a mother was ‘way harder’.

‘When my children were playing up, I felt that hanging out with the girls at the brothel, listening to disco music, and being with clients seemed like a break in comparison,’ she said.

While admitting it was hard working during the night but waking up early to take her kids to school, the sex worker said her profession allowed her to keep food on the table. 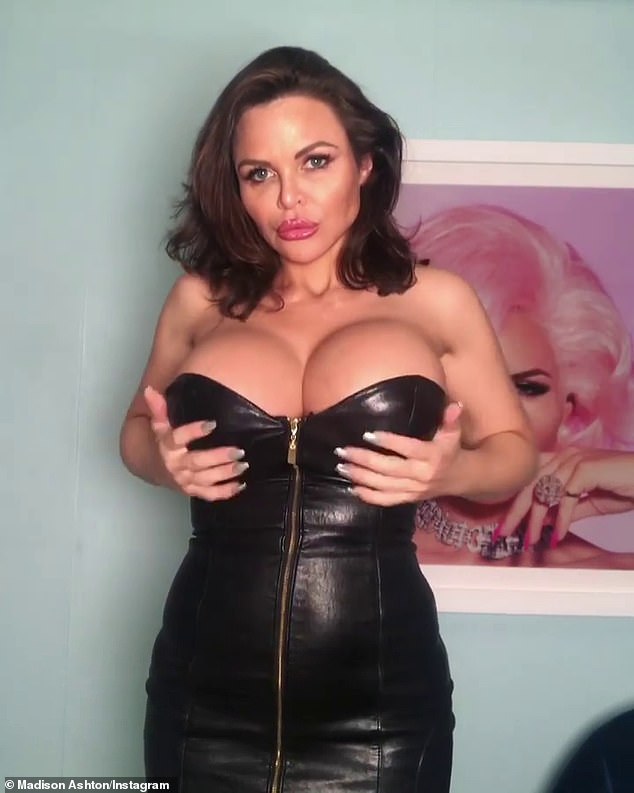 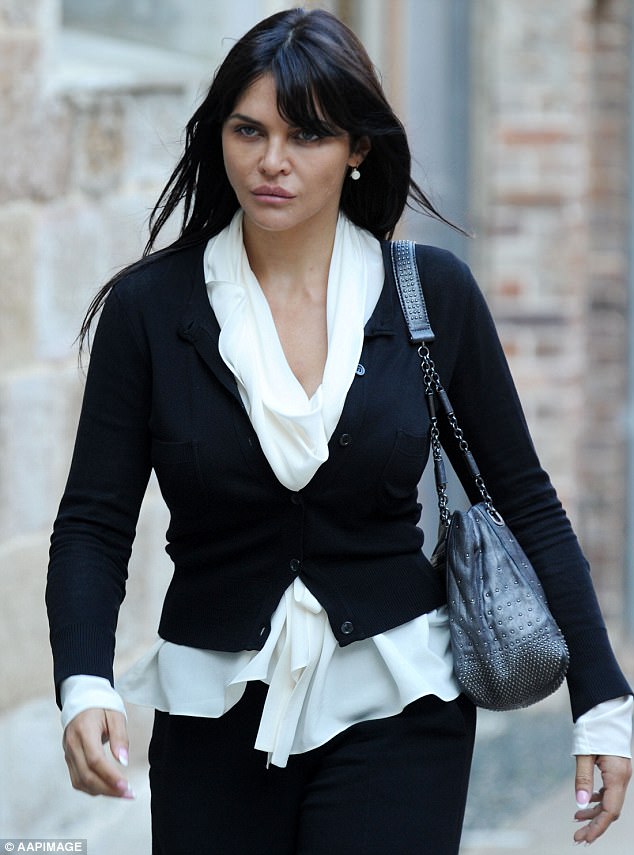 Madison Ashton leaving the Supreme Court in 2011 (pictured). Although she quit the escort business for a period of time, she is back working in the sex industry

Ms Ashton said she was also subjected to the unapproving gaze by the other school mums.

‘I was usually too tired to notice the death stares at school pick up, or that collective understanding among the other mums, “‘we are going to talk about this b**h once she walks through the gates,” but eventually it became obvious that they found me weird and threatening,’ she said.

Her children would beg her to ‘dress like a mum’ as she admitted she often rocked up to school in high heels, fake tan and even with a bag of frozen peas on her face to soothe her recent cosmetic surgery.

She said her children eventually figured out what their mother did for a living and at 14 years-old her daughter asked who her father was.

Ms Ashton told her she had been with a client to which the teenager replied: ‘are you a stripper?’. 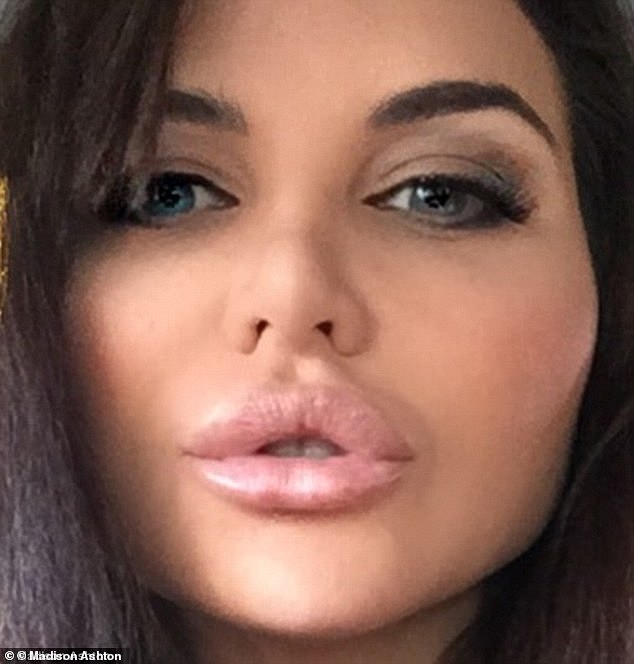 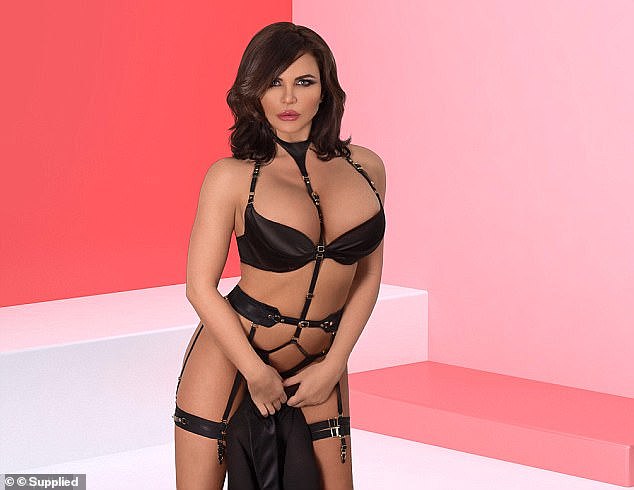 In 2015, Ms Ashton (pictured) spent time in a prison cell in Dubai in the United Arab Emirates for unknowingly using counterfeit cash

Her son discovered her career after seeing her featured in a series of newspapers.

Although the Supreme Court agreed that Pratt and the sex worker had the conversation about a potential trust fund, it was found that Ms Ashton’s acceptance of $100,000 and the transfer of a car into her name was done in full satisfaction of the trust claim.

Ms Ashton lost the case – but her profile skyrocketed to national infamy.

She said her son, Xavier, was very defensive of her profession and would shut down anybody who teased him in the schoolyard – although she admitted it’s not a common topic as he finds it ‘creepy and uncomfortable’.

Xavier even banned her from doing the school pick-up. 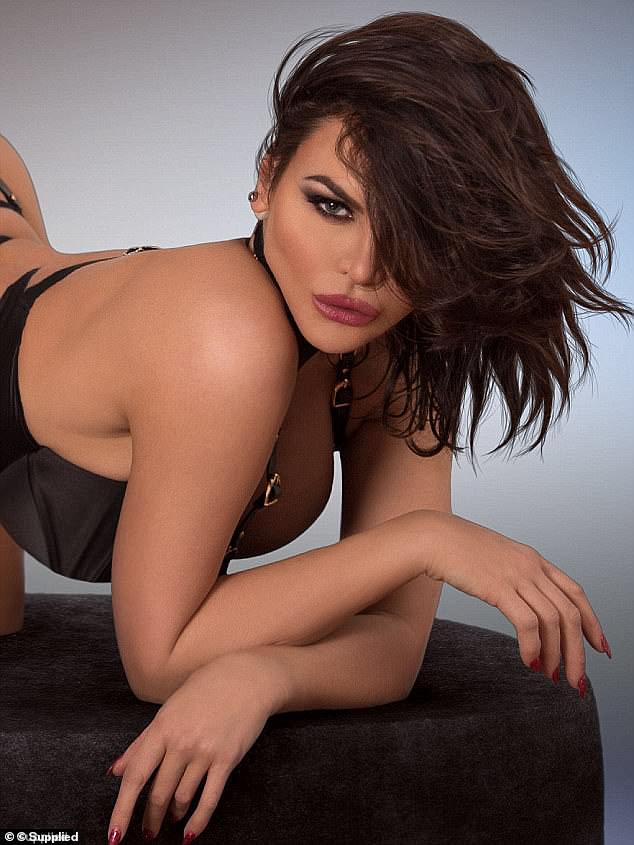 ‘I have picked up heaps of Twitter followers from his college though. They’ll probably all book me when they hit their twenties,’ Ms Ashton previously said.

‘A lot of sex workers hide what they do from their family and children.

‘I understand why: all through my twenties I bought into hiding it and cowered under threats of legal exposure from my exes. But it’s far better to show your family how to stand up for your own choices.’

In 2015, Ms Ashton spent time in a prison cell in Dubai in the United Arab Emirates for unknowingly using counterfeit cash.

‘It really was one of the most awful experiences, I was quite shaken by it all but once I explained things I was able to get out of there and come home,’ Ms Ashton told Fairfax.

‘Prison cells are no place for a girl like me.’