How to save HUNDREDS of dollars a month: The suburbs where rent prices are plunging – and where to pick up a bargain today

Renters are saving thousands of dollars a year by moving home as the coronavirus crunch causes a surge in vacancies and plunging rents.

The closure of Australia’s borders in March and rising unemployment has driven down weekly rent by 20.9 per cent in Sydney’s CBD.

Rent for a two-bedroom apartment in Sydney city costs an average of $750 a week, down from $950 a year ago.

The plunging prices, shared by data analytics firm SQM Research, has spread beyond the CBD, with rental bargains on offer in nearby Pyrmont, Mascot and Ultimo.

Renters are saving thousands of dollars a year after the coronavirus pandemic caused high vacancies in inner-city Sydney apartments. Pictured: An apartment balcony in Pyrmont looks across to the ANZAC Bridge 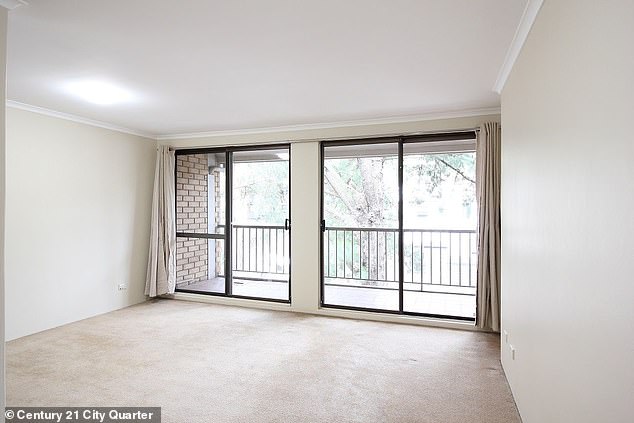 There was a 12.2 per cent drop in Ultimo, where renters can expect to pay an average of $659 each week. Pictured: An empty apartment in Ultimo

Pyrmont and Mascot both saw a decline of 16.1 per cent, with average weekly rent for two-bedroom apartments costing $652 and $629 respectively.

There was a 12.2 per cent drop in Ultimo, where renters can expect to pay an average of $659 each week, while tenants in Surry Hills can pay $682 following an 11.6 per cent decrease in rent.

Vacancy rates in Sydney’s CBD were at 16.2 per cent in May and 13.8 per cent in June, as the city continues to grapple with the COVID-19 crisis.

Before the pandemic, rental vacancy for Sydney city was at 4.6 per cent in February.

SQM Research managing director Louis Christopher told The Daily Telegraph the rental market was stronger further out from the city.

‘If you considered the Blue Mountains, we’re seeing rental vacancy rates plummeting – I believe this is a result of people trying to get away from the city,’ he said. 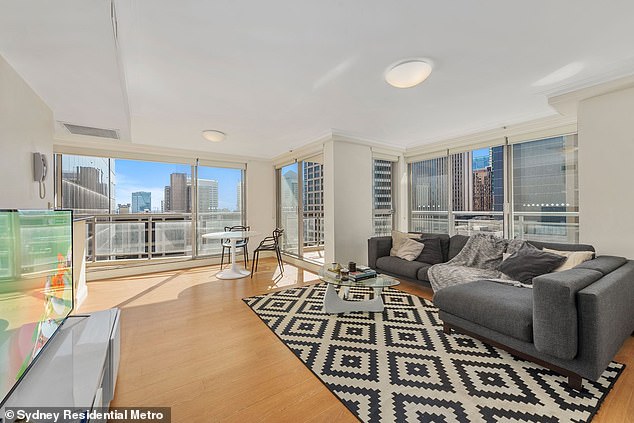 Rent for a two-bedroom apartment in Sydney city costs an average of $750 per week, down from $950 12 months ago. Pictured: A unit on Castlereagh Street in Sydney 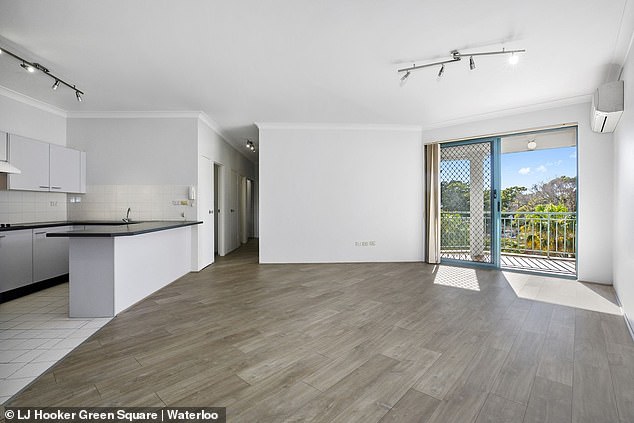 Mascot saw a decline of 16.1 per cent, with average weekly rent for two-bedroom apartments costing $629. Pictured: An apartment for rent in Mascot

‘The biggest thing which takes my wage is my rent … I really did not expect to get a nearly $100 discount,’ she said.

‘I notice properties which normally would not be available for a day are sitting on the ­market.’

Average weekly rent for two bedroom apartments in Sydney and their decreases over 12 months.