A woman in her 40s has become the 14th person in less than two months to be diagnosed with measles in New South Wales.

The woman, who thought she had been vaccinated as a child, became ill after returning home to Sydney from an overseas trip last week.

Health bosses are now warning people to watch out for symptoms of the disease.

The woman, who is now isolated at home, visited Pyrmont’s Social Brew Cafe on February 15 and caught the 389 bus service from Allen Street to the city.

She visited the NSW Art Gallery and Queen Victoria Building on February 16.

NSW Health’s communicable diseases branch director Vicky Sheppeard urged anyone who was at the cafe between 11am and 11.30am on the same day as the woman to be alert for symptoms.

Anyone who has caught the bus service, visited the gallery or the QVB between 10.30am and 2pm on the same day as the woman may also be at risk of infection.

‘People who were at these locations at the same times should be alert for measles symptoms until March 6 as the time for exposure to the onset for symptoms is from a week to 18 days,’ Dr Sheppeard said.

‘If you develop symptoms please call ahead to your GP so that you do not wait in the waiting room with other patients,

‘Most people in their 40s assume they are immune to measles, however if you don’t have documentation of two doses of measles vaccine, it’s smart to have a free shot before you travel.’

The condition is spread through the air from unwell people who cough or sneeze.

Measles symptoms include fever, sore eyes and a cough followed by red spots and rashes up to four days later. 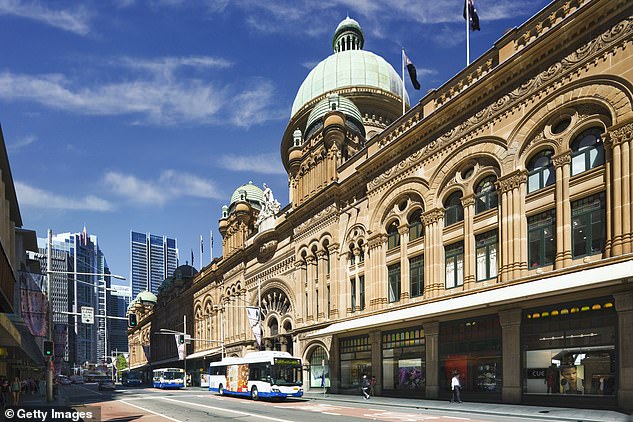 The woman, who had been vaccinated, visited the Queen Victoria Building (pictured) and the NSW Art Gallery on February 16 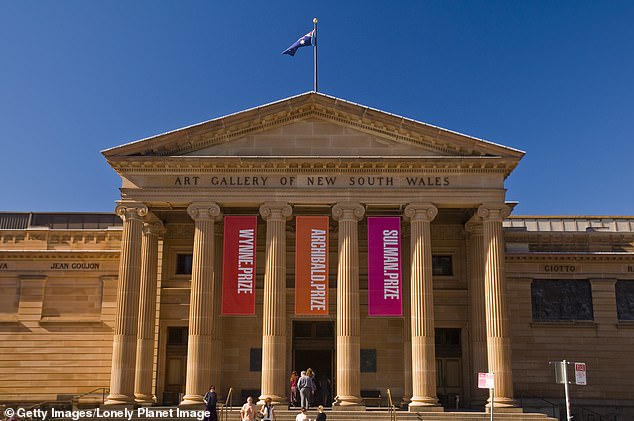 Free vaccines are available for people born during or after 1996 and who haven’t already had two injections.

Health authorities have warned of current measles outbreaks putting Australians at high-risk of being infected.

Outbreaks of measles in popular tourist destinations in South and Southeast Asia means the risk for measles being imported into Australia at the moment is high, the department says.