Sydney’s domestic airport was thrown into chaos early Tuesday morning with passengers queuing up out the doors to get through security.

Cars were also lining up for half an hour to get from Qantas drive into the car park, one passenger told Daily Mail Australia.

‘No one is saying why. Never seen it like this before,’ she said.

On Monday, passengers at airports across the country experienced massive delays due to a security outage.

Electronic passport control machines were temporarily not working, meaning passengers had to be processed manually.

Passengers at Sydney’s international terminal complained of lines over two hours long to get through security.

‘Our staff are working hard to minimise earlier delays caused by an outage. All issues have now been rectified. We appreciate the patience of passengers at this time and apologise for any inconvenience this may have caused.’ Border Force said in a statement on Monday.

The lines at Sydney domestic airport have dispersed as of 9.30am with an airport spokesperson saying it was ‘business as usual’ on Tuesday. 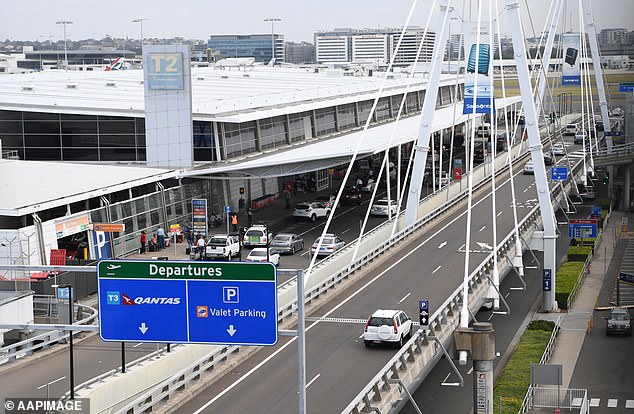 The lines at Sydney domestic airport have dispersed as of 9.30am with an airport spokesperson saying it was ‘business as usual’ on Tuesday