NSW Premier Gladys Berejiklian announced on Thursday that the laws will be lifted on January 14 for most of Sydney’s CBD.

But the 1.30am lock-out laws will remain in place in the Kings Cross precinct.

The decision comes after a recent parliamentary report on Sydney’s night-time economy advised the NSW government that its laws cost  the state $16 billion a year.

Ms Berejiklian said 3.30am last drinks would remain in place, while the government has pledged to review the changes in 12 months.

Committee for Sydney chief executive Gabriel Metcalf described the news as the first step to making Sydney one of the world’s great cities for night life again.

‘Let’s all celebrate that government is removing the lockouts from most of the city. And then let’s keep going, by working to cut back some over-regulation that can make it hard for venues to operate,’ Mr Metcalf said.

‘The NSW Government has shown courage in accepting that Sydney’s nightlife needs fixing. Some of the changes will take time, but today’s announcement will help to make 2020 the year that Sydney reclaimed the night’.

Sydney was once world famous for its bustling and vibrant nightlife until strict lockout laws were enforced in the CBD in 2014.

The crackdown brought the lively night-time economy to an abrupt standstill and forced almost 200 licensed venues to close their doors. 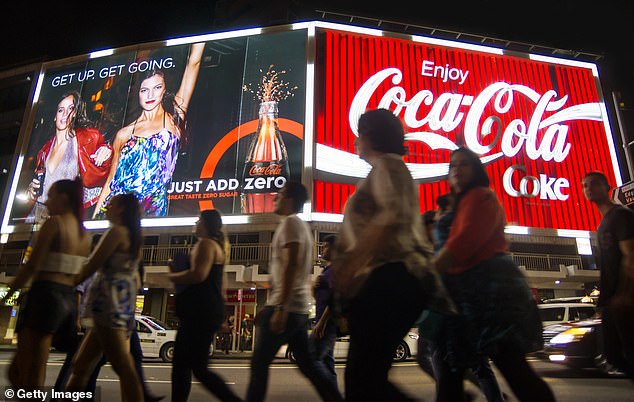 The lock-out laws that destroyed Sydney’s nightlife will be scrapped in January. However the restrictions will remain in Kings Cross (pictured before the lock-out laws)

The lockout laws were introduced by the NSW Government five years ago with the aim to reduce alcohol-fuelled violence following the fatal one punch attack on teenager Thomas Kelly in Kings Cross in 2012.

His killer Kieran Loveridge was sentenced to a minimum 10 years in prison.

Daniel Christie was also killed in an another one punch attack in Kings Cross while celebrating New Years Eve shortly before the laws were enforced in February 2014.

Under current laws, nightclubs and bars in the city, Kings Cross and Darlinghurst areas are required to deny entry to punters after 1.30am and cease serving alcohol at 3am.

At least 176 licensed venues Sydney CBD have closed their doors.

Other iconic venues such as the Oxford Art Factory in Oxford Street were forced to change their business model in order to survive.

At the recent parliamentary inquiry, billionaire pub baron Justin Hemmes slammed laws as an embarrassment to Sydney, despite originally supporting the crackdown.

‘I think there’s a strong consensus the pendulum has now swung too far in the wrong direction,’ the Merivale boss told the inquiry.

‘With respect, Sydney’s lockout laws must go. They have served their purpose and Sydney has been recast.’

‘Would the last person in Sydney please turn the lights out?’ – an excerpt from Matt Barrie’s essay

The total and utter destruction of Sydney’s nightlife is almost complete.

A succession of incompetent governments has systematically dismantled the entire night time economy through a constant barrage of rules, regulation and social tinkering.

It is now illegal to buy a bottle of wine after 10pm in the City of Sydney because not a single one of us is to be trusted with any level of personal responsibility. Apparently there is an epidemic of people being bashed to death over dinner with a bottle of Marlborough Sauvignon Blanc that we have all been blissfully unaware of.

When tourists used to visit Australia, they used to marvel at our easy go lucky attitude and laid back lifestyle. Now they go home and call us the ‘world’s dumbest nation’.

Sydney used to be a laid back place where we’re (sic) welcome the world to come throw a shrimp on the barbie. Now if you do that and someone takes offence to the smoke, the NSW Government will fine you $1100 for the first offence, $2200 for the second and probably put you on a registered barbecue offenders list.