One of Sydney’s most iconic restaurants, frequented by politicians, business leaders and an array of colourful characters has become the latest victim of Sydney’s Covid lockdown, closing its doors after 31 years.

Golden Century Seafood Restaurant on Sussex St in Chinatown went into administration on Thursday with creditors set to liquidate the business starting from August 24.

The notice appointment of an administrator was posted to ASICs published notices, but their website states ‘due to the restrictions, we are temporarily closed from June 26 to August 27’. 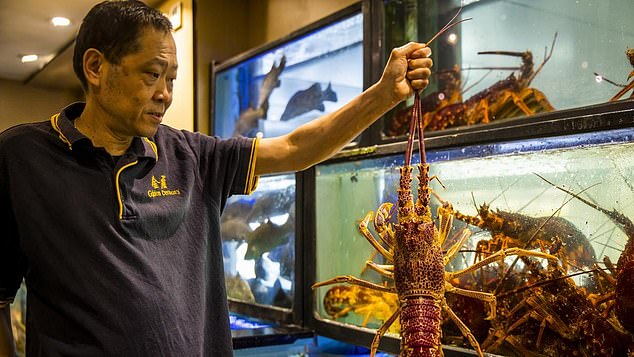 At least one staff member has confirmed they have been ‘terminated’ at the Sussex street restaurant, the Daily Telegraph reported.

While Golden Century was considered the place-to-be for Sydney’s elite, hosting lavish banquets for birthday’s and work parties, it was also a haunt of politicians.

The Labor Party’s headquarters is just down the street and for three decades some of the nation’s biggest political plays have been orchestrated with over endless plates of dumplings in front of live lobster tanks and free-flowing booze.

Disgraced Labor politician who was forced to stand down after taking cash payments from Chinese businessmen linked to the Communist Party was known to wine and dine associates at the venue over Peking duck.