Sydney’s outer suburbs outshine the others with impressive Christmas lights

Go west for the best Christmas lights! Why decorations in Sydney’s outer suburbs are FAR more impressive than displays on the ritzy north shore

Sydney’s streets have illuminated with a bit of Christmas magic this year, but the best displays have ended up in a surprising spot.

While the affluent north shore suburbs were gunning for the title of having the most dazzling displays, it seems west is best when it comes to a festive showcase.

Mosman had promised to be the suburb to beat with its annual Prince Albert St Christmas Lights party. Organisers claimed this year would be ‘more spectacular than ever’ with more than 100 luxury homes taking part.

But the western suburbs met the challenge, with homeowners in Glenmore Park, St Clair, Erksine Park, Colyton, getting into the full festive spirit, adorning their homes in thousands of colourful lights.

An abundance of twinkling lights were been draped on roofs, fences and trees.

Residents hauled out festive favorites such as Santa Claus and some reindeer figurines to top off the seasonal aesthetic.

The extravagant displays impressed onlookers who had been touring the city with their families in search of a bit of festive cheer.

Message to Santa: These Glenmore homeowners were hopeful the big man in red would be taking a ride down their chimney this year 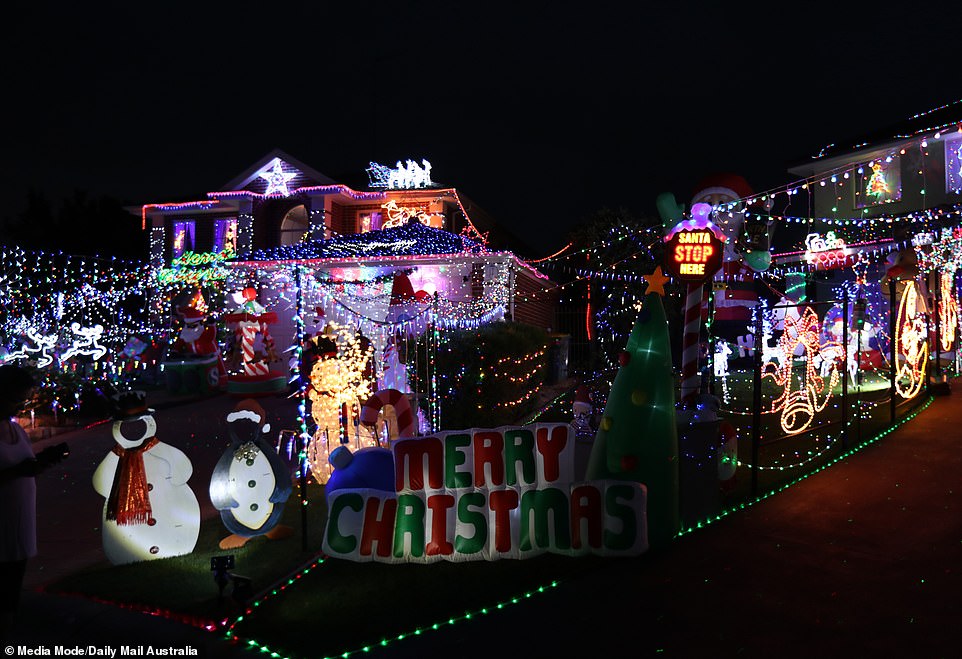 Lights galore: The power bill at these Glenmore homes was no concern for homeowners who decked out their homes with thousands of lights 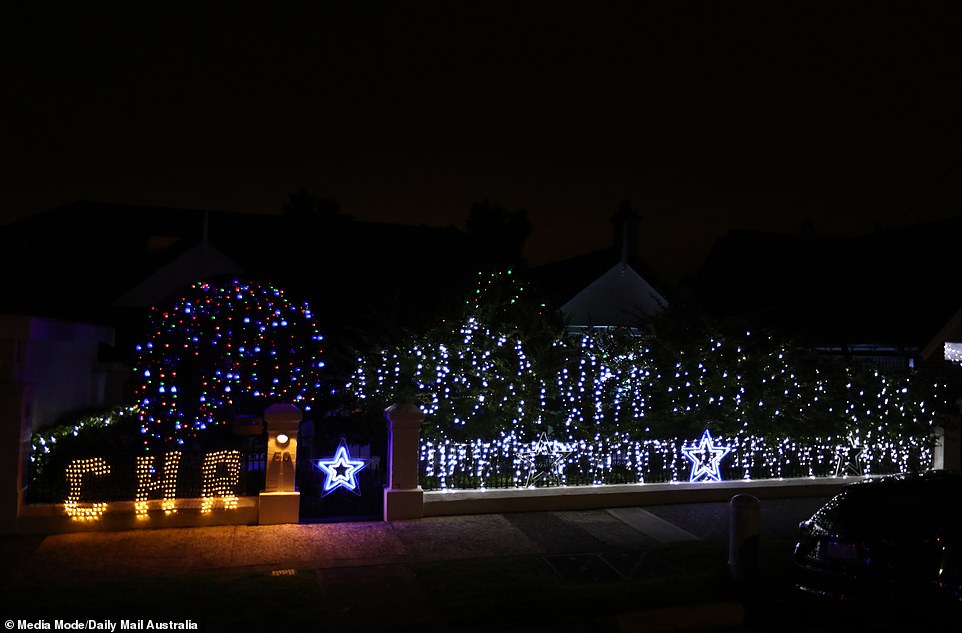 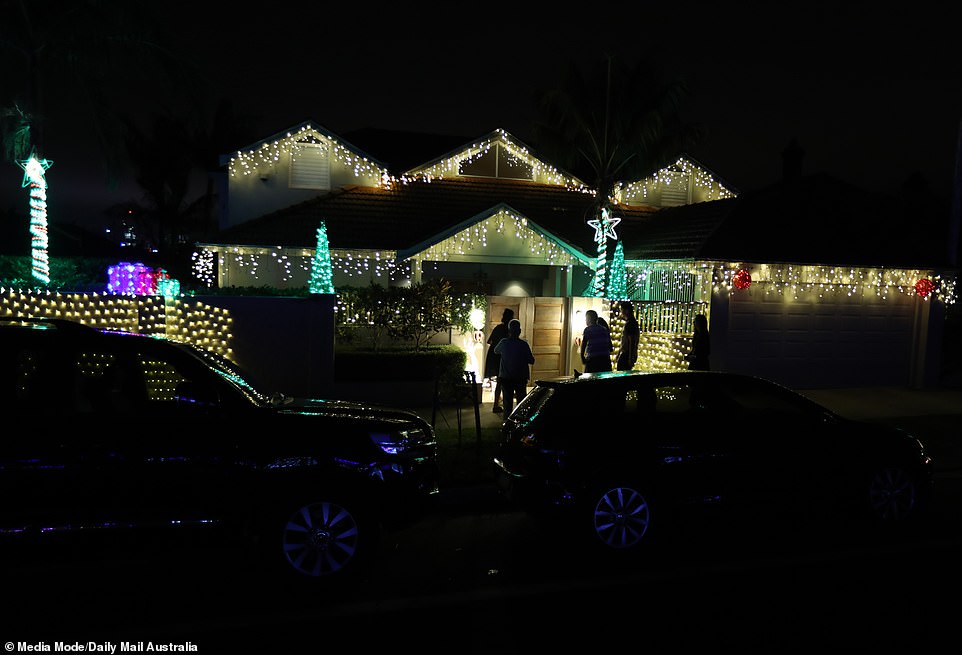 All I want for Christmas: Families have been spending their evenings touring the city, finding the best displays. This Mosman home has been delicately adorned in lights 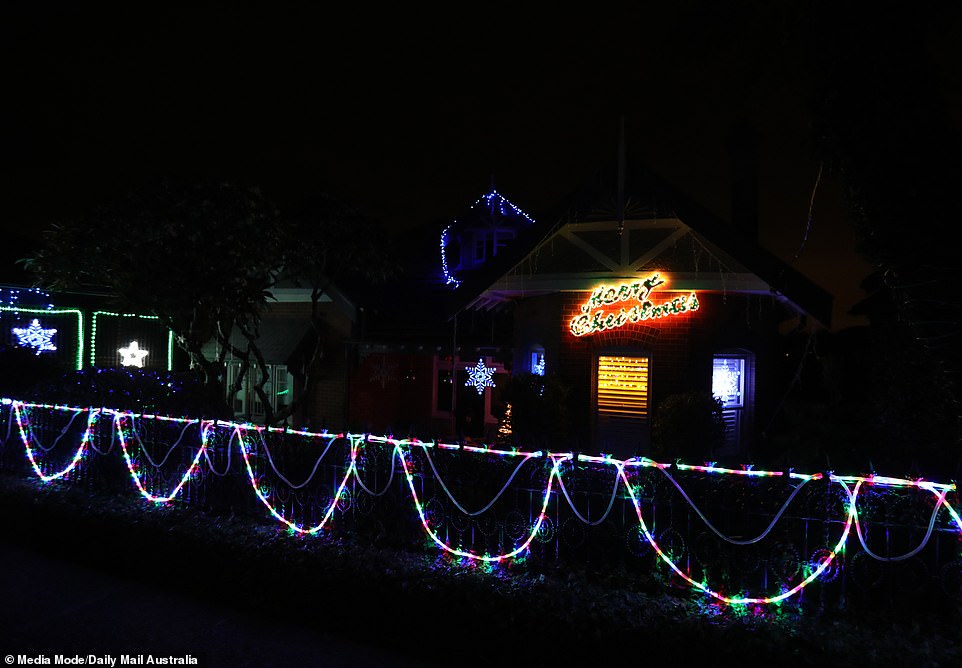 Rockin’ around the Christmas tree: Colourful lights have been draped effortlessly over the fence of this Mosman home 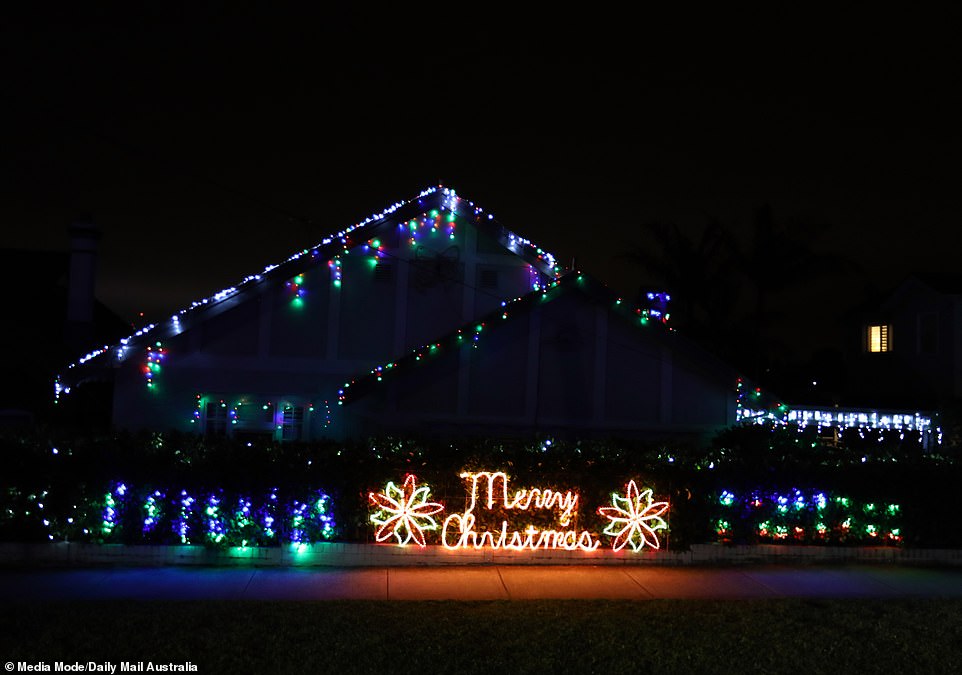 It’s beginning to look a lot like Christmas: This home resembles something out of a fairtale with its dazzling display 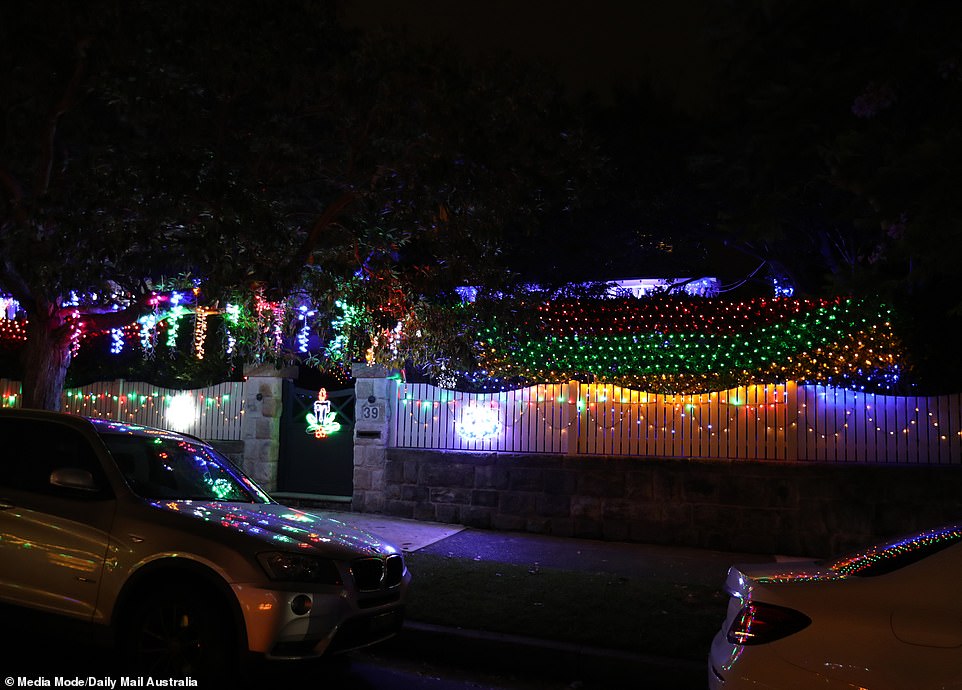 Lights fill the streets, spreading so much cheer: These people decided to decorate the tree in front of their home too 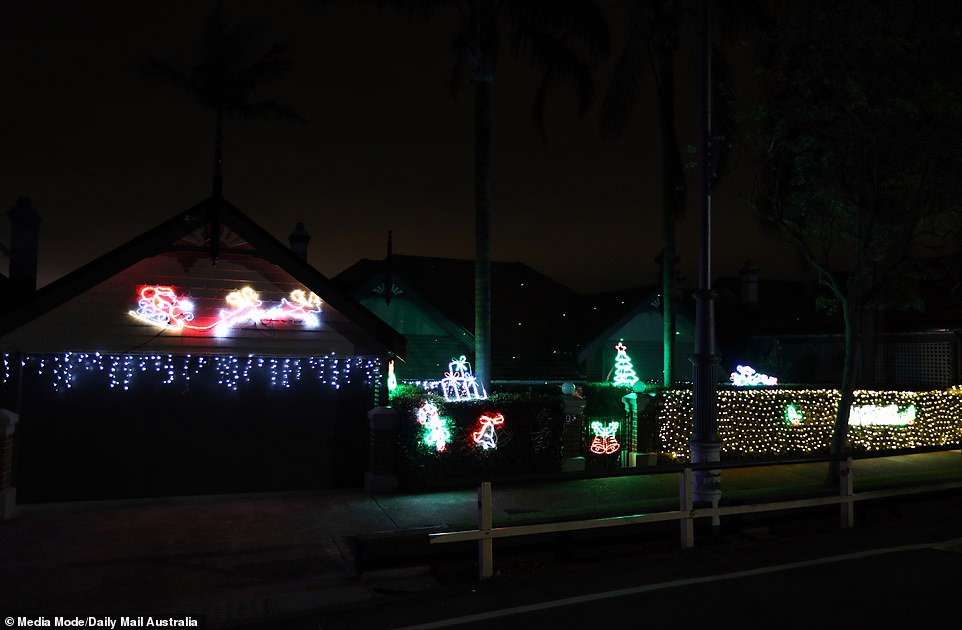 Santa baby: The Mosman garage has blue lights dripping along the front and gold lights spread across the shrubs 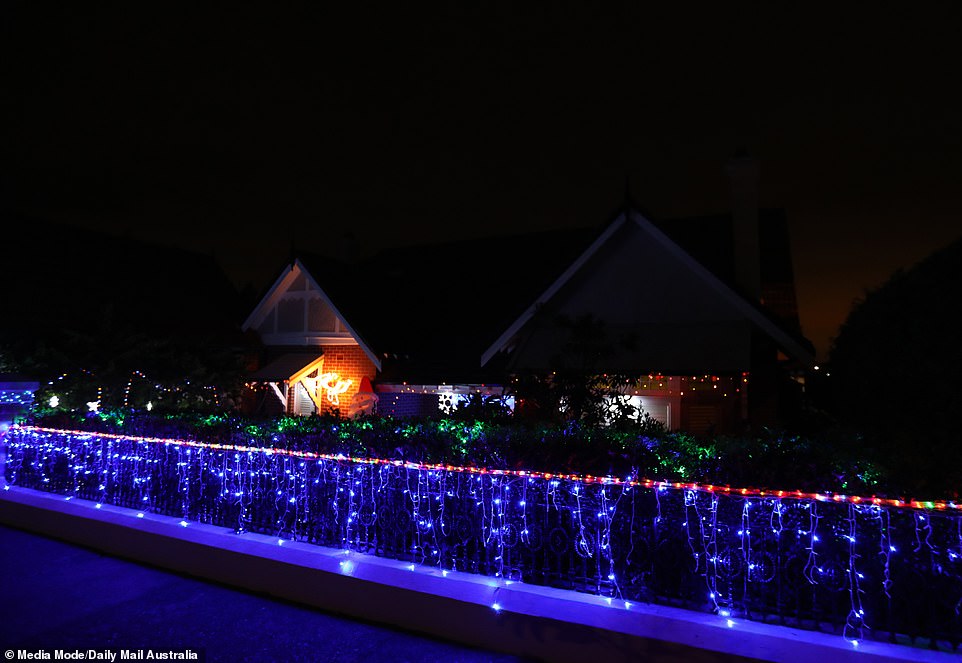 It was Christmas Eve babe: Mosman got a run for its money this year, with other suburbs turning up the heats as they switched on their Christmas lights 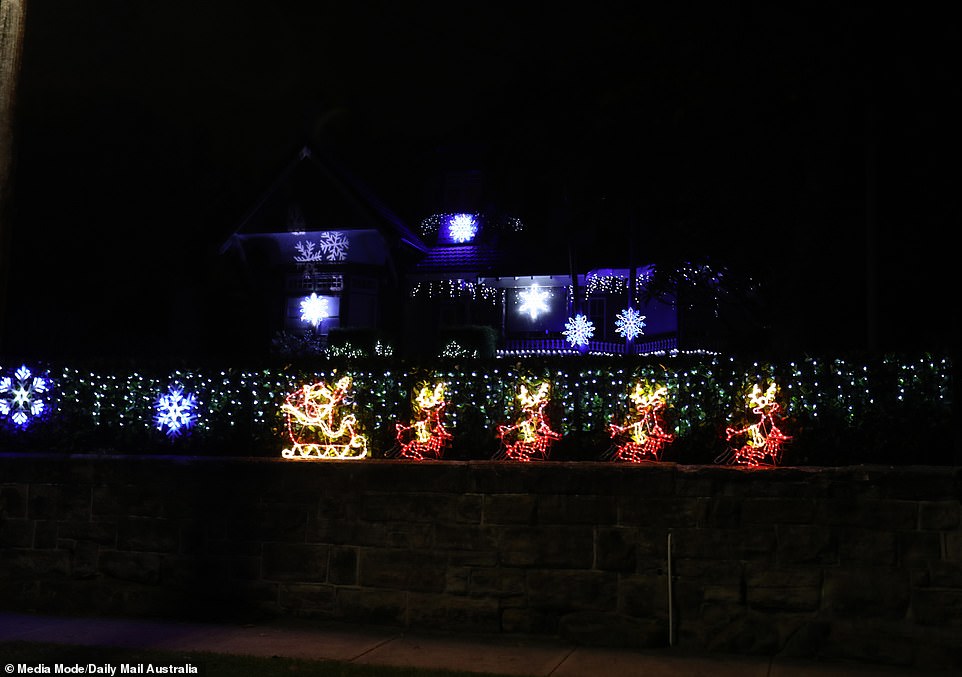 On, dancer, on, prancer: This homeowner sleighed with their decorations this year 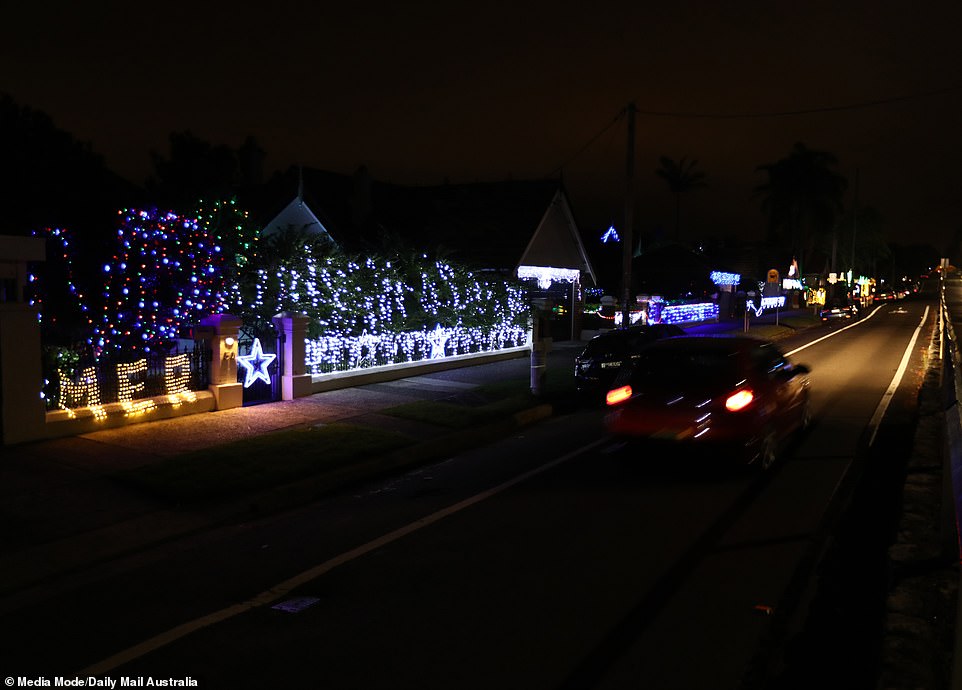 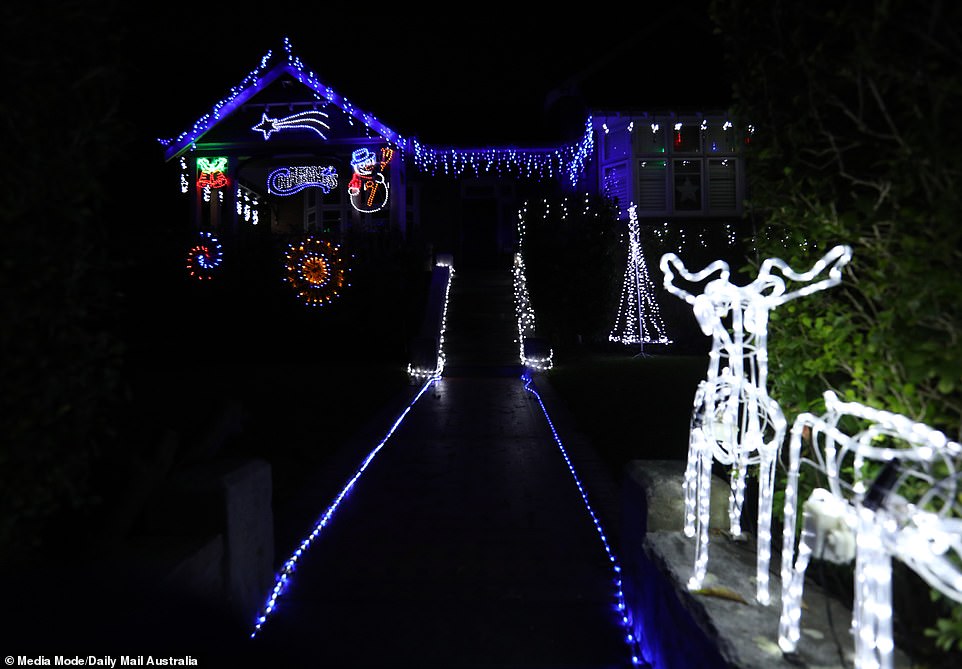 Do They Know It’s Christmas: These people added light accents to the exterior of their home, they also added some reindeer to guard the entrance 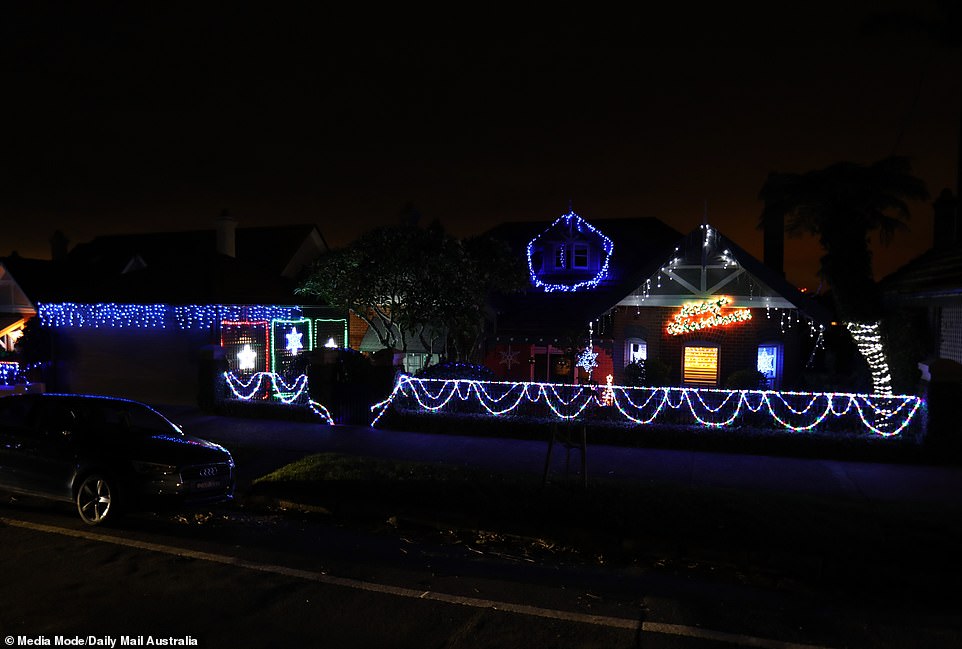 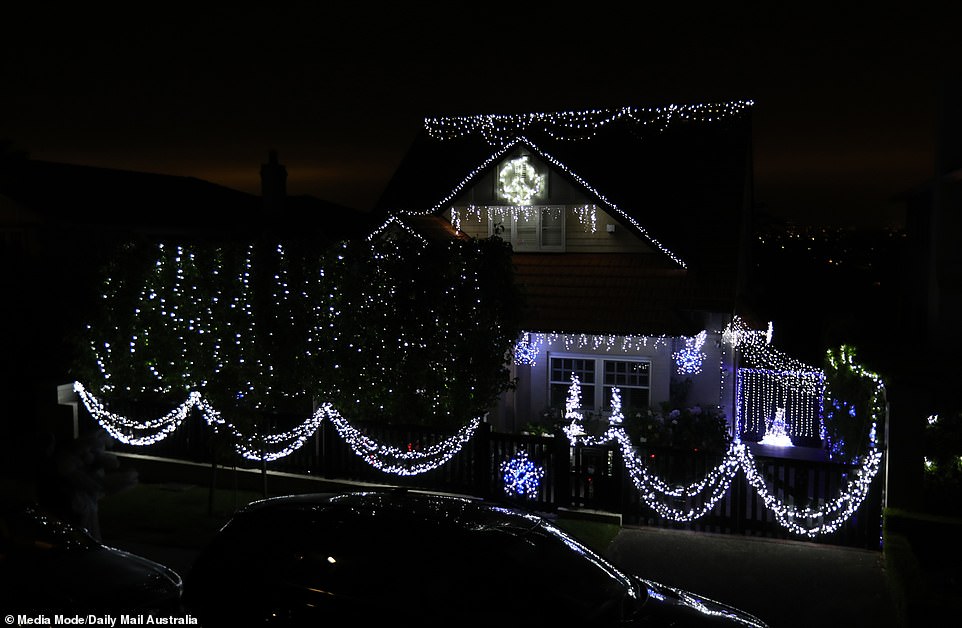 Twinkle, twinkle: Looking like a sparkly gingerbread house, this home managed to outshine the others with its classic design