He stopped by The Tonight Show Starring Jimmy Fallon on Thursday.

Sylvester Stallone was actually there to talk up Rambo: Last Blood but he couldn’t resist revealing  that he actually ‘hated’ his Rocky IV co-star Dolph Lundgren, 61 – even though he chose him for the part.

‘I really wanted a big, horrible, vicious guy,’ the 73-year-old actor said. ‘Like a primitive. And I couldn’t find him.

Dishing the dirt: Sylvester Stallone stopped by The Tonight Show Starring Jimmy Fallon on Thursday to talk about Rambo: Last Blood but quickly revealed that he ‘hated’ his Rocky IV co-star Dolph Lundgren – even though he chose him – because he was ‘too perfect’

‘I’m finding giant wrestlers and football players and that. And then, all of a sudden, the door opened, the smoke came in, there’s light.

‘[He had a] proceeding hairline, shoulders this wide, everything was perfect. Even his calves were coming through his clothing. Just muscular,’ Sly continued.

‘Blue eyes are staring into my soul. He was the real Terminator, and I was like, I hate this guy. He’s too good looking, too perfect. And if I loathe him, I’m sure the world will,’ as the audience laughed.

Meanwhile, Sly revealed they are working on an idea for a TV series that they came up with called The International, which Sly will produce and may appear in alongside Dolph. 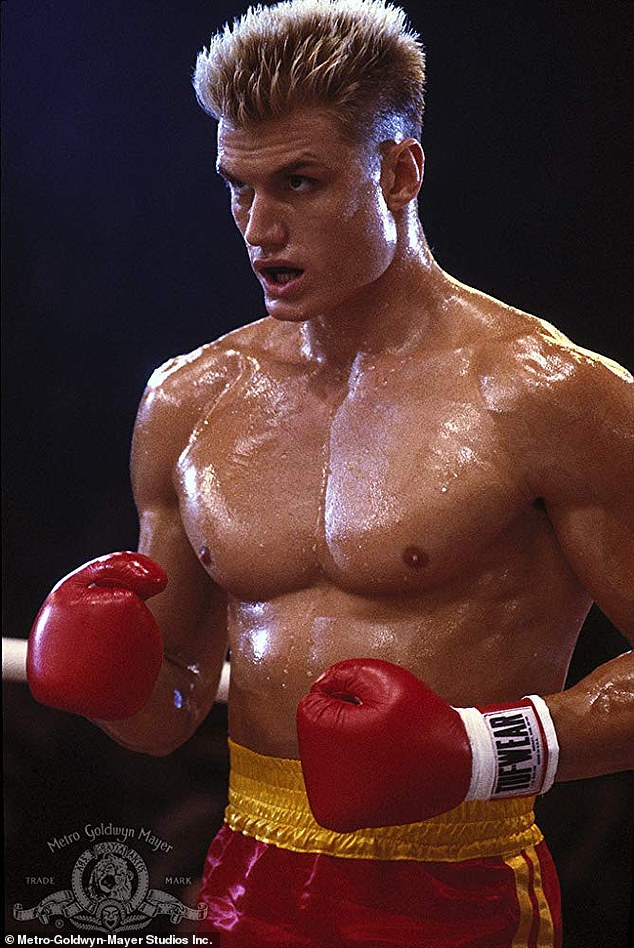 Finding Drago:  ‘I really wanted a big, horrible, vicious guy,’ the 73-year-old actor said. ‘And I couldn’t find him.’ Then Dolph walked in ‘and I was like, I hate this guy. He’s too good looking’

‘It deals with the UN but it’s a different kind of UN – it’s more hard core and Dolph will bring a different spin to the whole thing.’

And the audience cheered when he said, as a casual aside, ‘We may do another Expendables.’

That will be the fourth film in the franchise. Expendables 3, released in 2014, co-starred Sly and Dolph with Harrison Ford, Arnold Schwarzenegger, Jason Statham, Mel Gibson and Wesley Snipes. 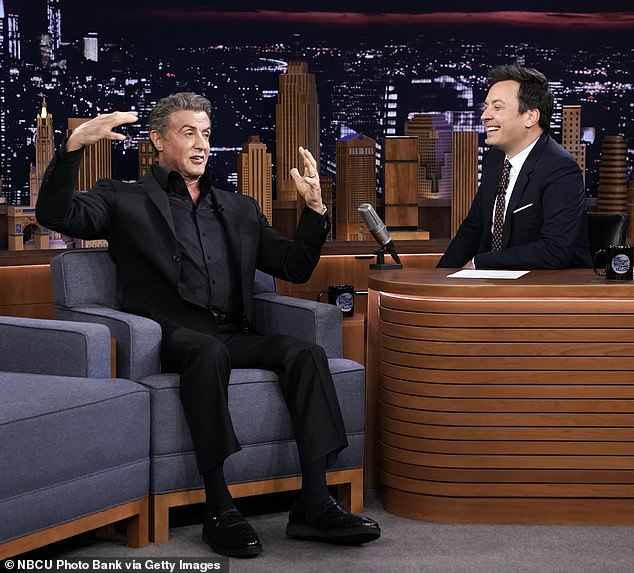 ‘This big’: Sly described Dolph’s huge shoulders telling Jimmy, ‘If I loathe him, I’m sure the world will,’ as the audience laughed

As for his Rambo: Last Blood Sly said the hero, John  is ‘now preparing for, dare I say it, revenge.’

He joked the Last Blood title either refers to it being the last film in the franchise or ‘we killed so many people there’s no more blood left in the world. I was going to call it Transfusion but it was taken.’

In the story, Vietnam war vet John Rambo ‘comes home after 11 years, his house has been left to loyal employees and he now has a family and he’s godfather to one girl who is 17 years old. 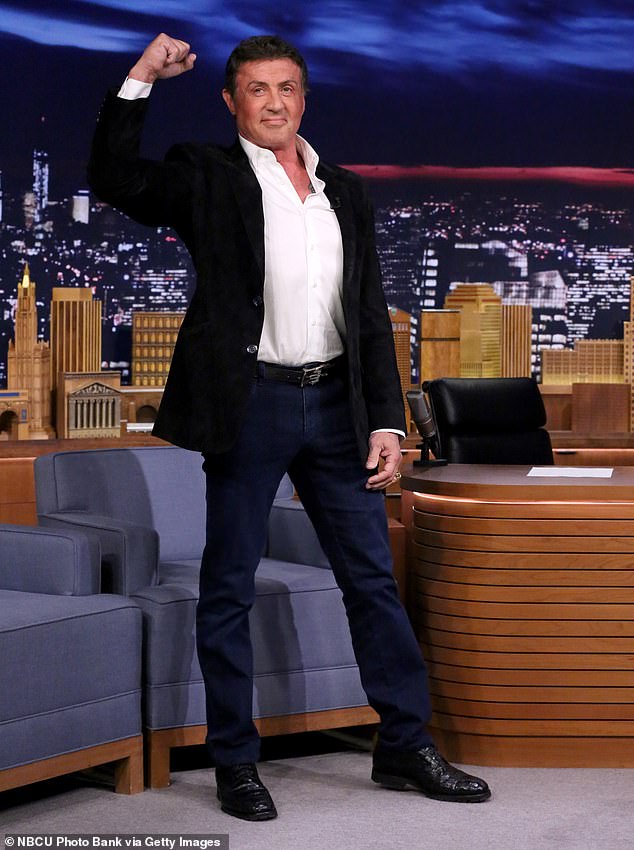 Suited up: Sly punched the air Rocky style as he turned up on the set in a smart black suit

‘And he’s just so terrified, like a lot of fathers, to let her go out and see the world because he still has PTSD and he can only function on his ranch.’

She wants to see her father, who left when she was small, ‘to ask him why did you desert me?’ Rambo can’t persuade her not to go ‘and that’s when things happen,’ Sly said ominously. 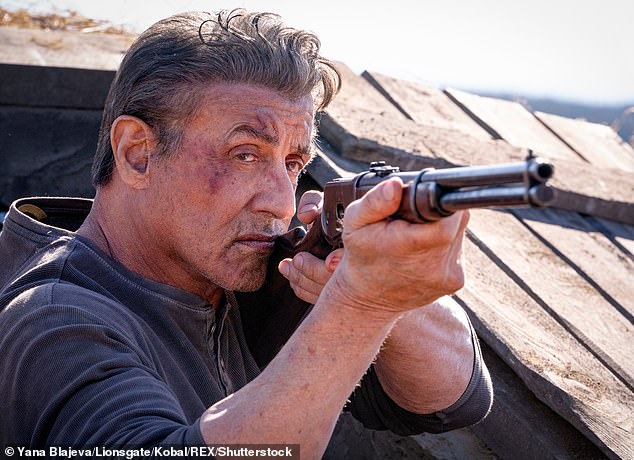 In his sights: The Vietnam war vet will do anything to protect his 17-year-old goddaughter in Rambo: Last Blood, due out on Friday