A major syphilis outbreak is causing concern for medics in Victoria as the numbers of infected female patients soar for the first time.

Before 2014 the disease was largely confined to men but last year more than 150 women were diagnosed with the STI.

By 30 June 2018, there had been seven confirmed cases of congenital syphilis in babies and an additional six probable cases.

Six babies had died from congenital syphilis – three confirmed and three probable – associated with an outbreak which first began in a community in north-west Queensland before spreading, according to the Department of Health.

‘If you treat a woman, who has got syphilis early enough in pregnancy with the right penicillin it’s 100 per cent preventable,’ Monash University’s Associate Professor Marcus Chen, from the Melbourne Sexual Health Centre told The Age.

‘These are tragic and avoidable cases.’

The primary suburbs for concern in recent times include the inner Melbourne CBD, Port Phillip, Yarra and Stonnington.

The disease, which is spread through skin-to-skin contact during unprotected sex, can have potentially fatal side effects.

The infection begins with sores or wounds on the body, before spreading to a rash and potentially infecting the brain and causing dementia if left untreated.

Authorities believed the disease was eradicated in Melbourne by the 1990s, but a nationwide resurgence has impacted the city too.

‘It’s too simple to say there’s more promiscuity, or more sex because people are meeting online and that’s why it’s gone rampant, because there’s actually very little proof for that,’ Professor Chen said. 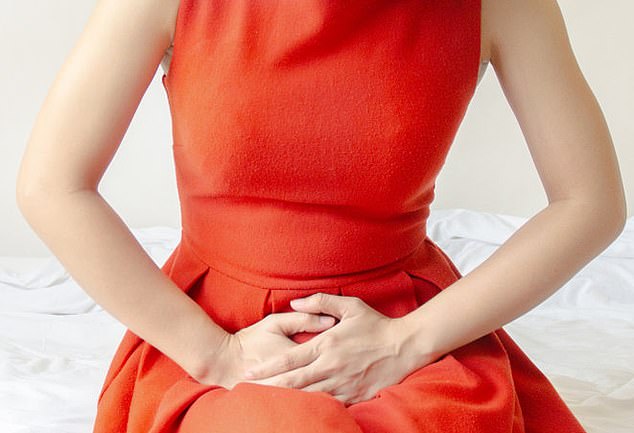 The disease is currently flaring up in women throughout Melbourne, which is of concern to authorities (stock image)