Tadej Pogacar became the first Slovenian to win the Tour de France after he retained the yellow jersey in the 21st stage on Sunday, a day after he pulled off a major coup to take the overall lead.

While Sam Bennett won the final stage, the day belonged to Team UAE Emirates rider Pogacar, who will celebrate his 22nd birthday on Monday and is the youngest man to win the race since Henri Cornet in 1904.

Pogacar, who claimed the yellow jersey from a stunned Primoz Roglic with a monumental performance in Saturday’s time trial, also won the white jersey for the best Under-25 rider and the polka dot jersey for the mountains classification. 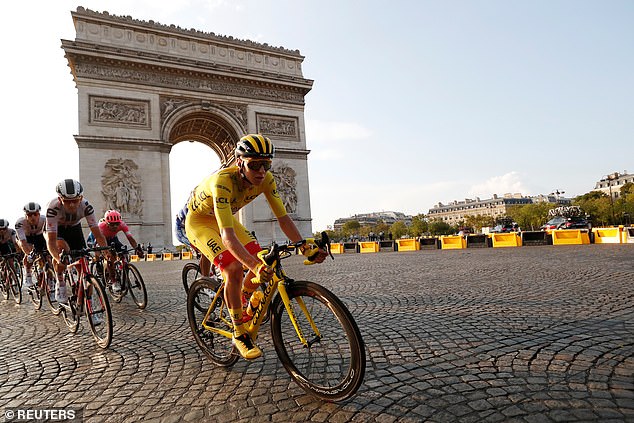 The 21-year-old completed a sensation Tour, becoming the second-youngest winner ever 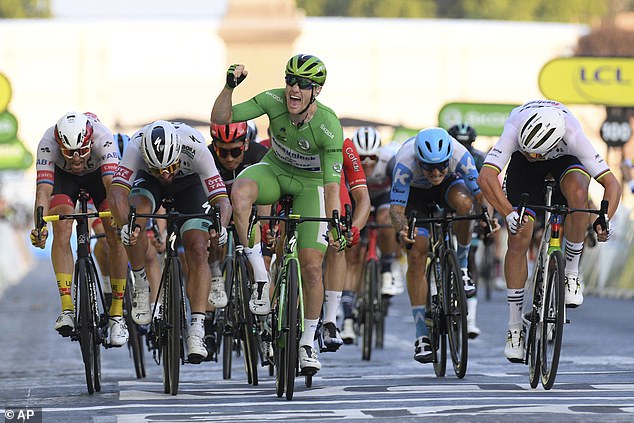 Roglic ended up second, 59 seconds behind, with Australian Richie Porte taking third place, 3:30 off the pace.

‘This is an incredible feeling, standing here in Paris on the top of the podium. It was an amazing three weeks, an incredible journey,’ said Pogacar after the first one-two for one country since Bradley Wiggins finished ahead of fellow Briton Chris Froome in 2012.

‘I want to thank all those who made it happen. It was three memorable weeks on the French roads, with incredible crowds. I won’t find the words to express my feelings.’ 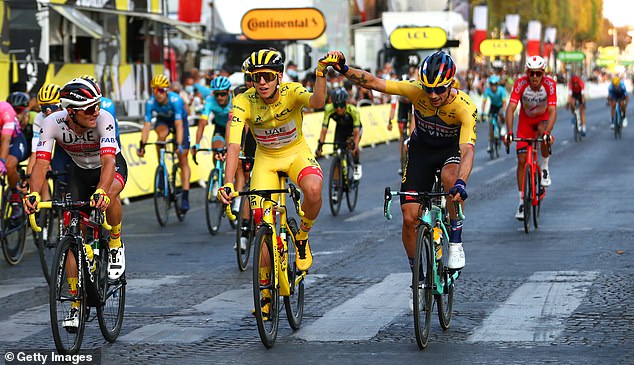 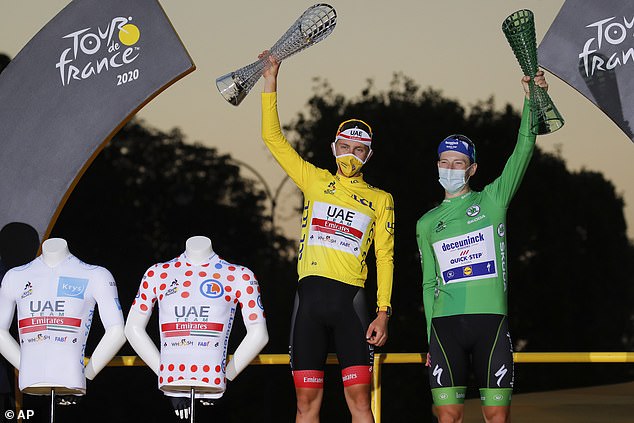 The sensation also secured the white and polka-dot jerseys, while Bennett took green 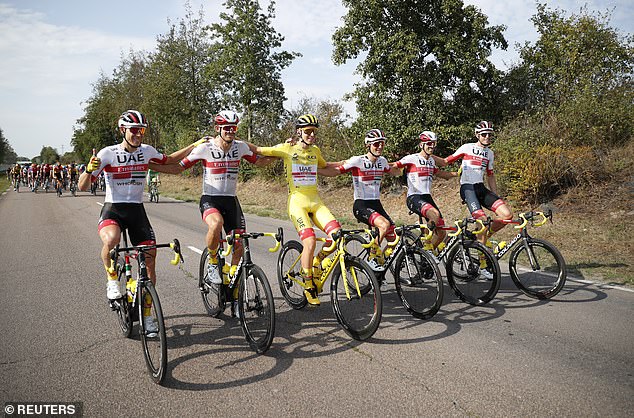 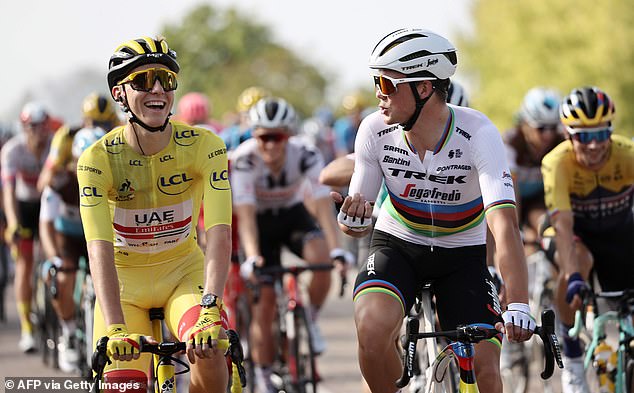 Bennett became the first Irishman since Sean Kelly in 1989 to win the green jersey for the points classification, ahead of Peter Sagan who was looking to claim it for a record-extending eighth time.

Bennett was the strongest at the end of the 122-km ride from Mantes-la Jolie on Sunday, beating world champion Mads Pedersen, with Sagan coming home third. 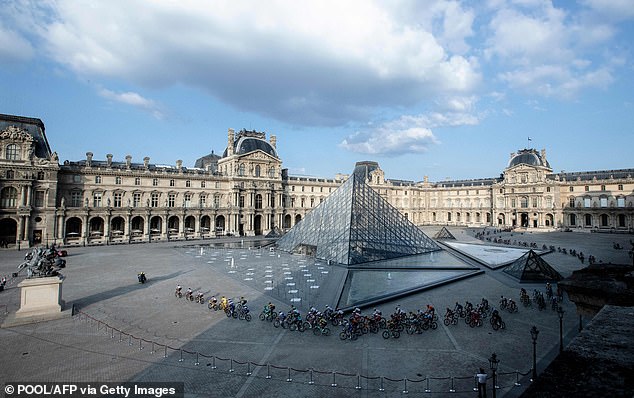 The riders took in a stunning route on the processional stage, passing the Louvre pyramid 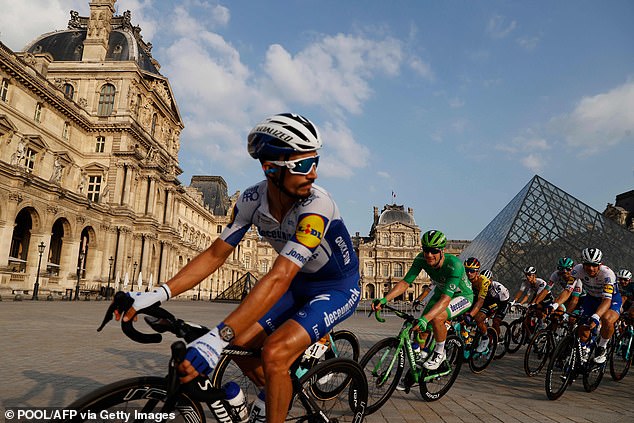 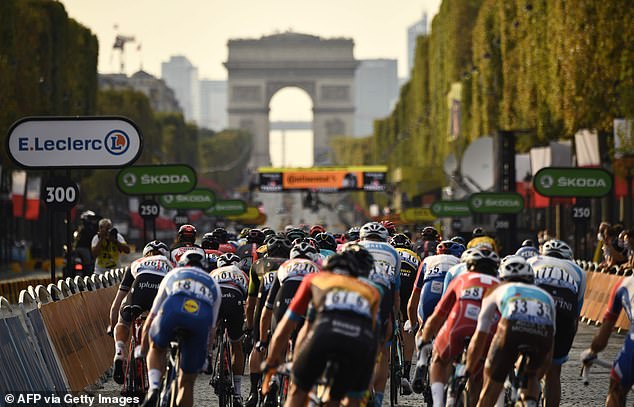 Swiss Marc Hirschi, the former Under-23 world champion was voted the most aggressive on the race after notably taking a brilliant win in the longest stage of the 107th edition.

Ineos-Grenadiers had a Tour to forget as defending champion Egan Bernal dropped out of contention in the Jura stage to the Grand Colombier, pulling out a few days later with back pains.

They recovered some pride later on, however, as Michal Kwiatkowski, their unsung hero for five years, claimed an emotional stage win — although that was certainly not enough for a team who had won seven of the previous eight editions. 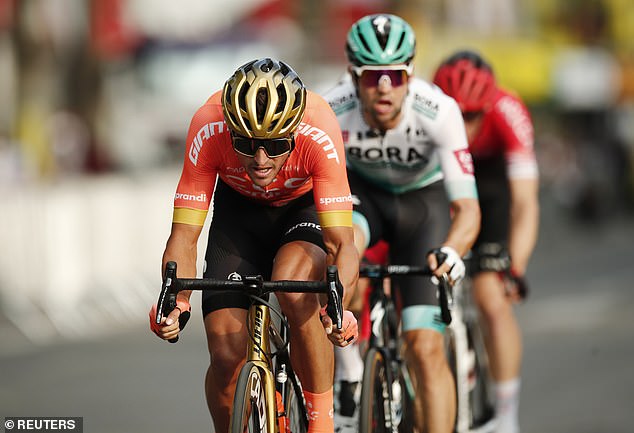 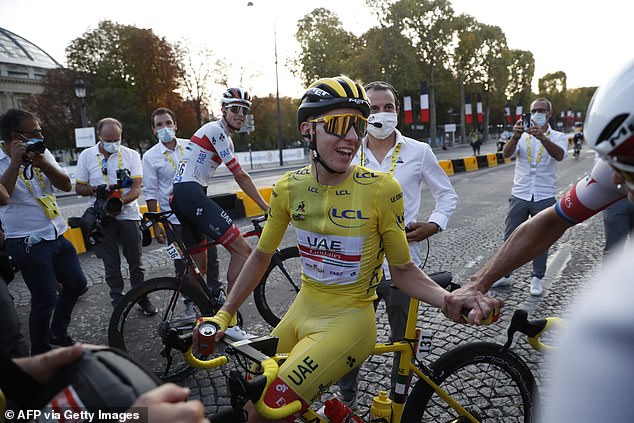 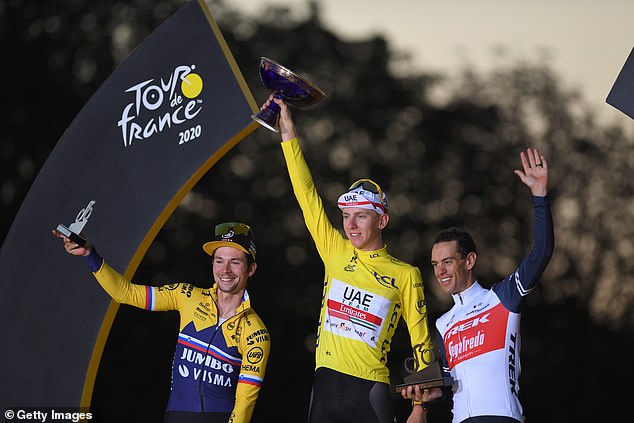 It was an anti-climatic finale on the Champs-Elysees as only 5,000 fans were allowed on the famous avenue as a precaution against the coronavirus.

France reported 13,498 new confirmed COVID-19 cases over the previous 24 hours on Saturday, setting another record in daily additional infections since the start of the epidemic.

Reaching the Champs-Elysees was, however, a relief for organisers, who had imposed strict sanitary rules to protect the race ‘bubble’.

The bubble did not burst as only four team staff members tested positive and were removed from the race, preventing a spread that could have stopped the Tour.