Taiwanese soldiers today fought off simulated coastal assaults from China during their biggest annual live-fire exercises of the year today, as Beijing ramps up military pressure on the island.

The five-day drill, which began on Monday, is aimed at testing how democratic Taiwan’s armed forces would repel an invasion from its giant neighbour.

Beijing regards Taiwan as part of its territory and has vowed to one day seize it – by force if necessary.

Today’s simulation saw Taiwan’s fighter jets, warships and ground troops repelling an enemy attempt to land on a beach in the central city of Taichung in an operation involving some 8,000 service members.

President Tsai Ing-wen watched the drill, later tweeting that it ‘demonstrated to the world our robust defence capabilities and strong determination to defend Taiwan’. 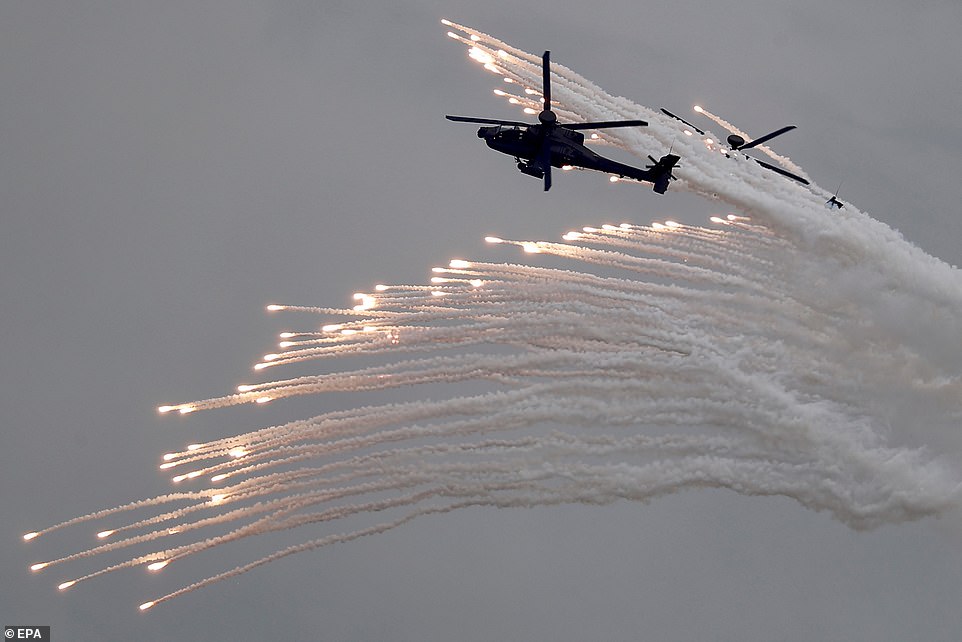 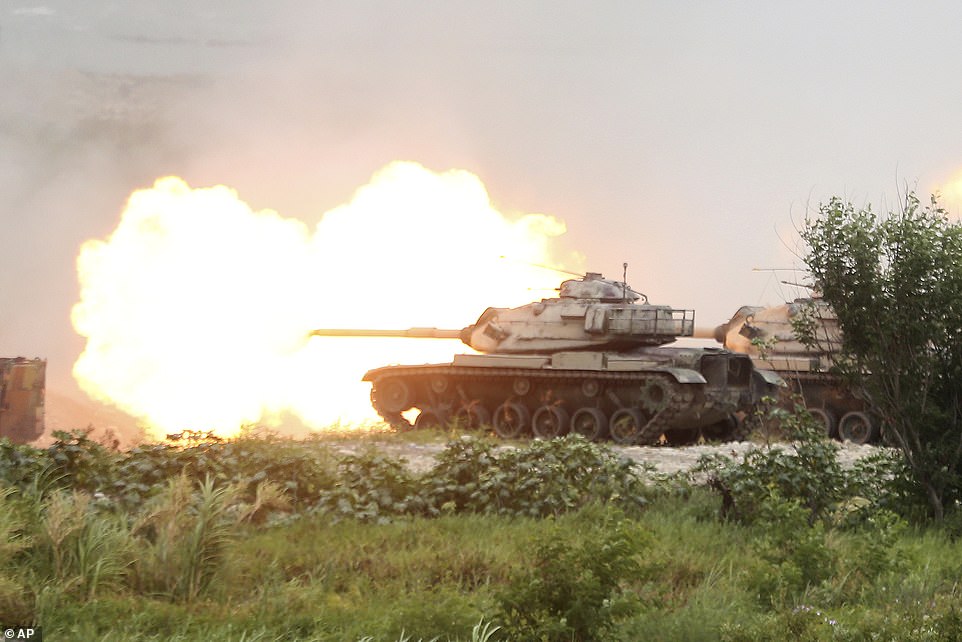 Taipei has lived with the threat of invasion by China since the two sides split in 1949 after a civil war.

In recent decades it has found itself increasingly outnumbered and outgunned by China’s enormous People’s Liberation Army.

Beijing has piled military, economic and diplomatic pressure on Taiwan since Tsai came to power in 2016, because she refuses to acknowledge its stance that the island is part of ‘one China’. 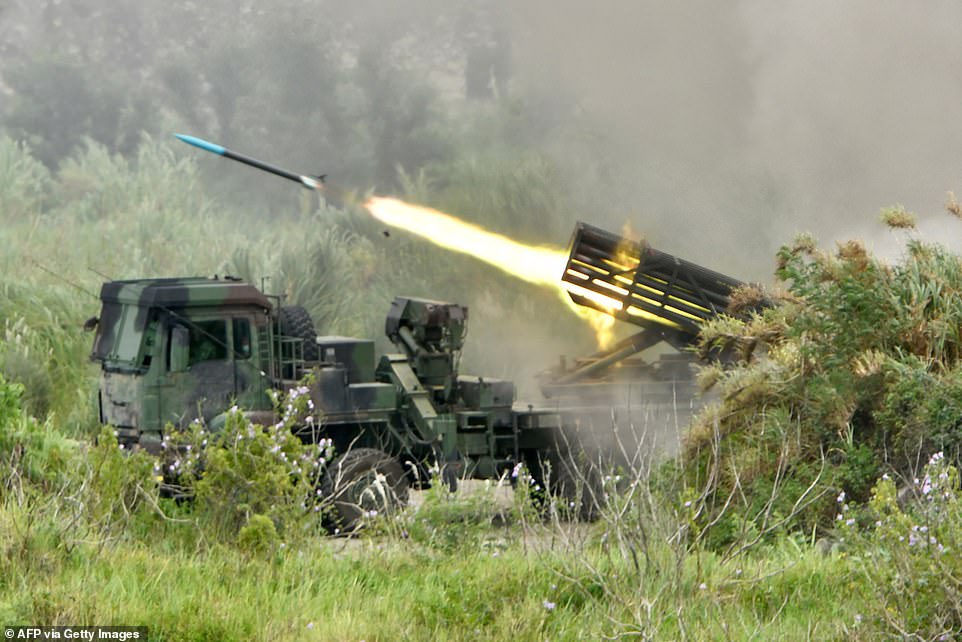 A projectile is launched from a Taiwanese-made Thunderbolt-2000 multiple rocket system during the annual Han Kuang military drills in Taichung today. – The five-day ‘Han Kuang’ (Han Glory) military drills starting on July 14 aimed to test how the armed forces would repel an invasion from China, which has vowed to bring Taiwan back into the fold — by force if necessary 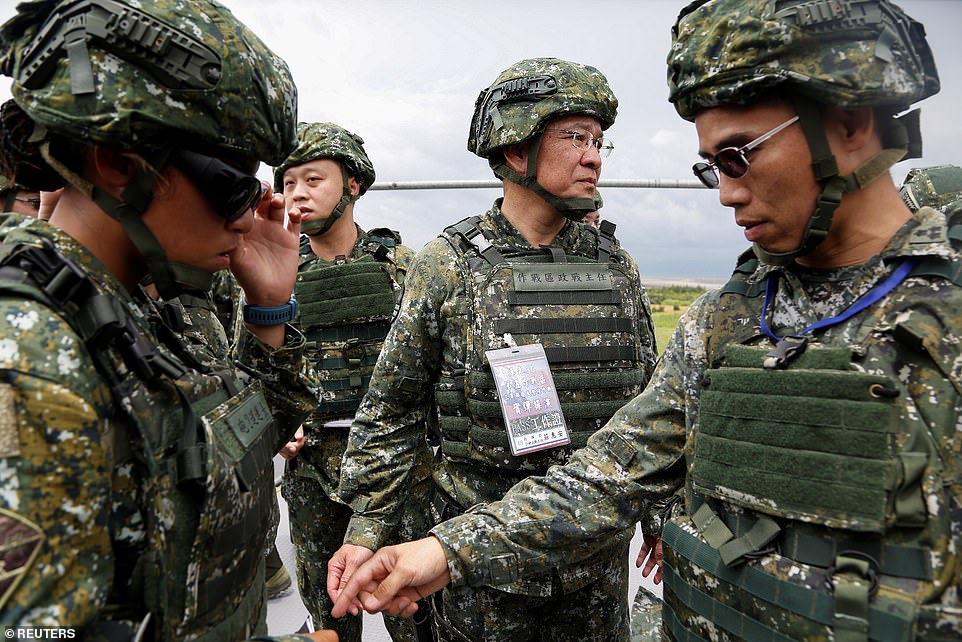 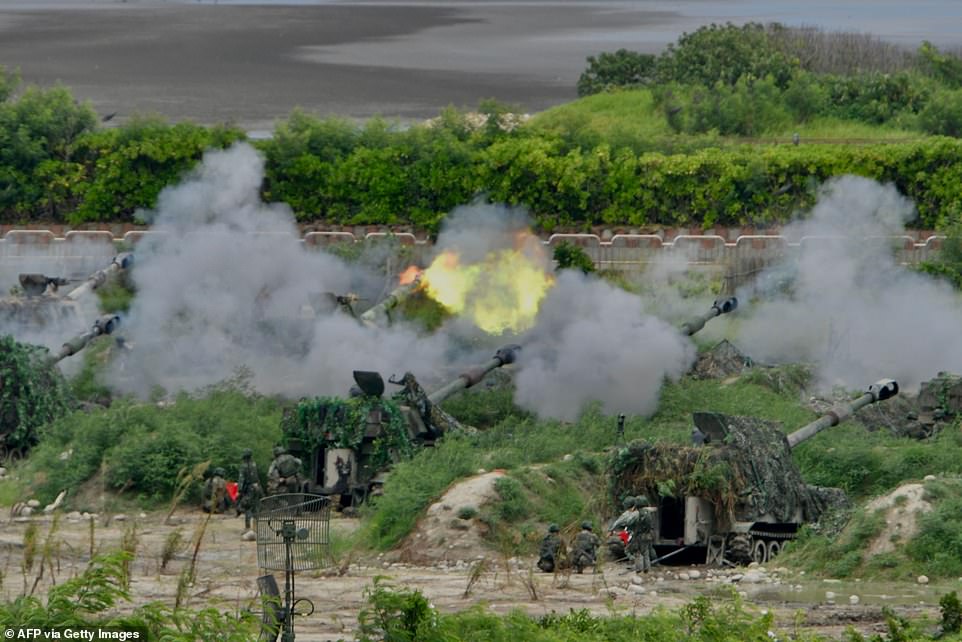 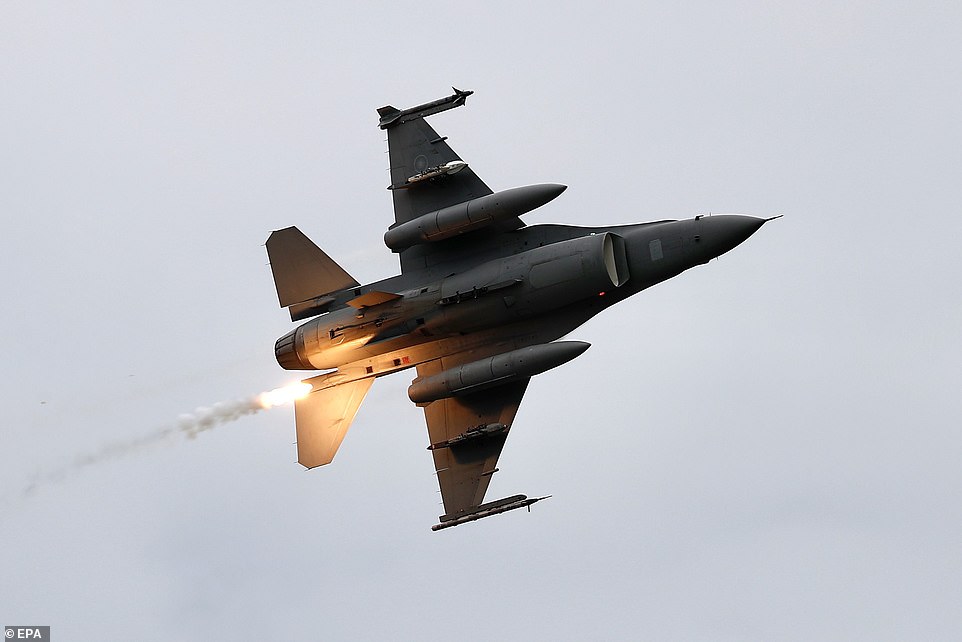 Tsai won a landslide reelection in January in what was seen as a strong rebuke to China’s strong-arm tactics against the island.

That has pushed Taiwan to develop its own hardware, including advanced missiles, boats and a new trainer jet. 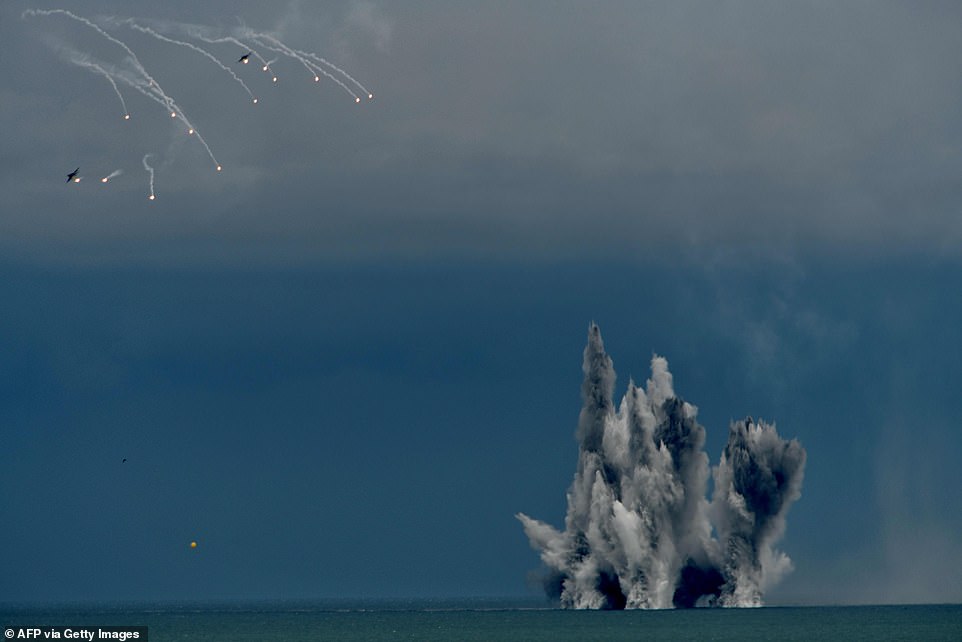 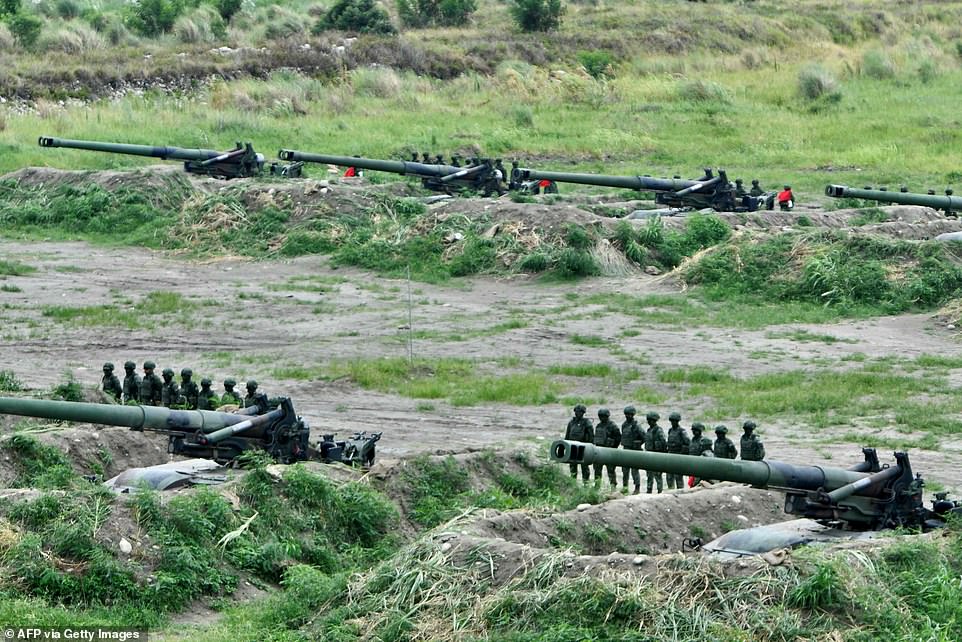 Some of that new hardware, including locally built surface-to-air and hypersonic missiles, was used during this week’s drills.

But China’s increasingly muscular approach towards the island has also sparked renewed international cooperation with Taiwan.

Under US President Donald Trump, Washington has become far more willing to sell big-ticket items including F-16 fighter jets and other hardware.

Earlier this week, Beijing vowed to impose sanctions on defence company Lockheed Martin in response to the US agreeing to upgrade Taiwan’s Patriot missile systems.

France has also angered Beijing by agreeing to upgrade the missile interference systems on frigates Taiwan purchased in the 1990s.

Washington has remained a leading unofficial ally and arms supplier to Taipei despite switching diplomatic recognition to Beijing in 1979.