Two takeaway bosses have been found guilty of the manslaughter of a 15-year-old girl who died after suffering an allergic reaction.

A jury at Manchester Crown Court found takeaway owner Mohammed Abdul Kuddus, 40, and Harun Rashid, 38, who was alleged to be the manager, guilty of manslaughter by gross negligence.

Megan Lee, pictured, died after eating a kebab which contained nuts from the Royal Spice takeaway in Oswaldtwistle, Lancashire 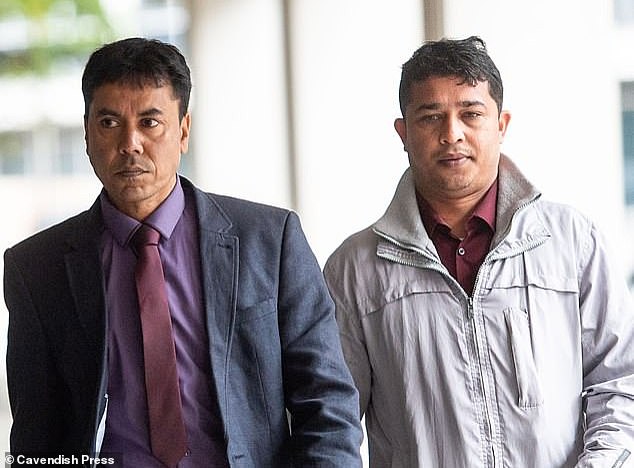 Mohammed Abdul Kuddus, 40, and Harun Rashid, 38, have been convicted of manslaughter as a result of gross negligence following the teenager’s death 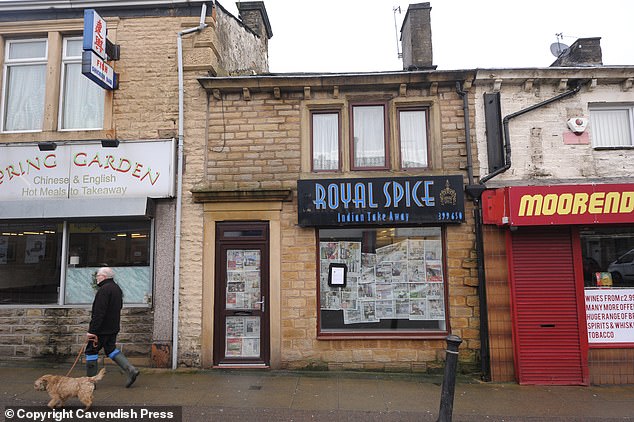 The eight men and four women took about six hours of deliberations to reach their verdicts.

Rashid from Haslingden, who had claimed he was merely a delivery driver at the restaurant at the time, was also found guilty of failing to discharge a general duty of employers, contrary to the Health and Safety at Work Act, and another count of failing to put in place, implement and maintain a permanent procedure or procedures in contravention of European Union food safety regulations.

Kuddus from Blackburn, had already pleaded guilty to those two charges on behalf of himself and on behalf of Royal Spice Takeaway Ltd.

Family members of Megan were in tears in the public gallery as the two men, who are both Bangladeshi nationals, were found guilty.

The court heard Megan’s friend ordered the meal through the Just Eat website and wrote ‘prawns, nuts’ in the comments and notes section.

But the meal, which included an onion bhaji, a seekh kebab and a Peshwari naan, was later found to have the ‘widespread presence’ of peanut protein.

Megan had an immediate reaction to the kebab and died two days later after suffering irreversible brain damage from a later asthma attack.

Following her death a police inquiry was launched and later on January 6 the restaurant was immediately closed down by Trading Standards and environmental hygiene officers.

Peter Wright QC, prosecuting, told the court her death was a ‘disaster waiting to happen’.

It was alleged there was a ‘litany of failings’ in the kitchen including poor hygiene and no records of ingredients kept.

Ms Lee’s parents Adam and Gemma Lee have called on restaurants not to ‘play Russian roulette’ with lives following their daughter’s death.

Speaking outside court, Mr Lee said: ‘Whilst we may have received some justice with today’s verdicts, we live in hope that today’s result is a warning to other food businesses operating in such a deplorable and ignorant manner to learn from this and improve their standards with immediate effect.’

Paying tribute to her, her parents said: ‘It breaks our hearts that Megan didn’t get the chance to sit her GCSE exams, something she had worked so incredibly hard for, to celebrate her 16th birthday or go to the school prom with her friends.

‘Megan didn’t get the opportunity to fulfil her ambition of working in musical theatre, to explore the world, fall in love or have children of her own.

‘It’s these thoughts that cause great sadness, because nobody deserved it more than Megan.’

Karen Tonge, from the Crown Prosecution Service (CPS), said: ‘The law required Kuddus and Rashid to take reasonable steps to ensure customer safety and to provide food that was not harmful.

‘Their manifest failures and complete disregard for the safety of customers was astonishing.

‘No appropriate systems or conditions were in place to protect Megan or any customer with a known allergy.’

The takeaway has since reopened under new ownership.

The two men were released on bail to be sentenced on November 7.