The bride and boom! Wedding guests’ shock as takeaway empire heir groom arrives to tie the knot perched on top of a British Army TANK

The heir to a takeaway empire pulled out the big guns for his wedding by greeting his stunned bride while perched atop a military tank.

Jaz Johngir, the son of millionaire chip shop entrepreneur Johngir Saddiq, put on the elaborate display as he made his way to the ceremony which was attended by a host of ‘influencers’ including self-styled ‘Rich Kid of Instagram’, Lord Aleem.

Video shows the groom making the ostentatious entrance followed by a convoy of luxury motors including Bentleys, Lamborghinis and Rolls Royces. 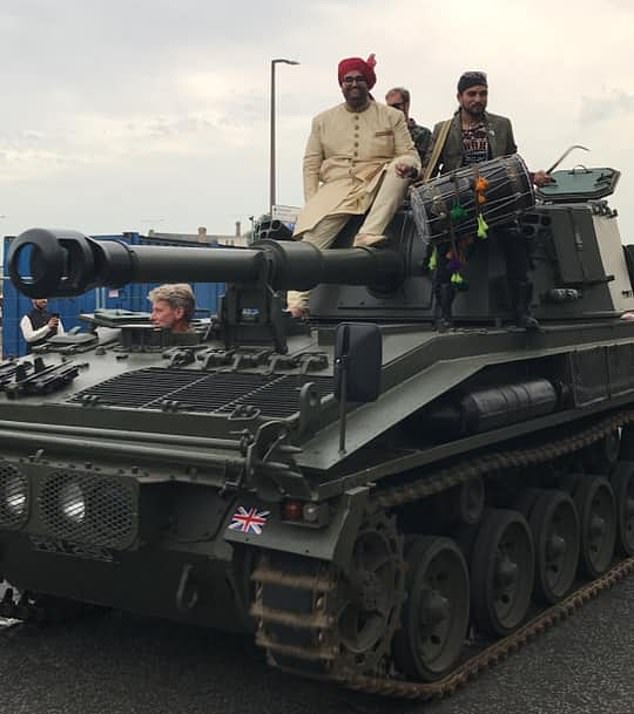 Mr Johngir, the son of millionaire chip shop entrepreneur Johngir Saddiq, put on the elaborate display as he made his way to the ceremony

Cheering crowds greeted Mr Johngir at the nuptials in Bolton on Tuesday.

Aleem Iqbal, who goes by the name ‘Lord Aleem’ on social media where he flaunts photographs of his lavish lifestyle, was among the wedding guests.

Mr Joghir’s father ‘Big John’ Mohammed Johngir Saddiq is the boss of a chain of Birmingham fish and chip shops bearing his nickname.

Family friend Mohammad Raza was a guest at the event at The Bolton Excellency conference centre.

The 22-year-old said the stunt was in keeping with the tradition of ‘Baraat’, in which the groom’s family and friends travel in procession to meet the bride’s relatives, before returning with her following the celebrations.

Mr Raza, from Sutton Coldfield, said: ‘It was like a movie. I went up in the convoy from Birmingham to Bolton, there were around 250 people all travelling in it.

‘It was amazing. People were staring and taking pictures. We left around 12pm and arrived at around 4pm at a Costa Coffee drive thru where the tank was waiting.

‘There were two coaches and a fleet of luxury cars. The groom’s dad hired a 6×6 G Wagon from Lord Aleem which his chauffeur drove up.

‘The groom and best man were in that and Lord Aleem drove up in his Rolls Royce.’ 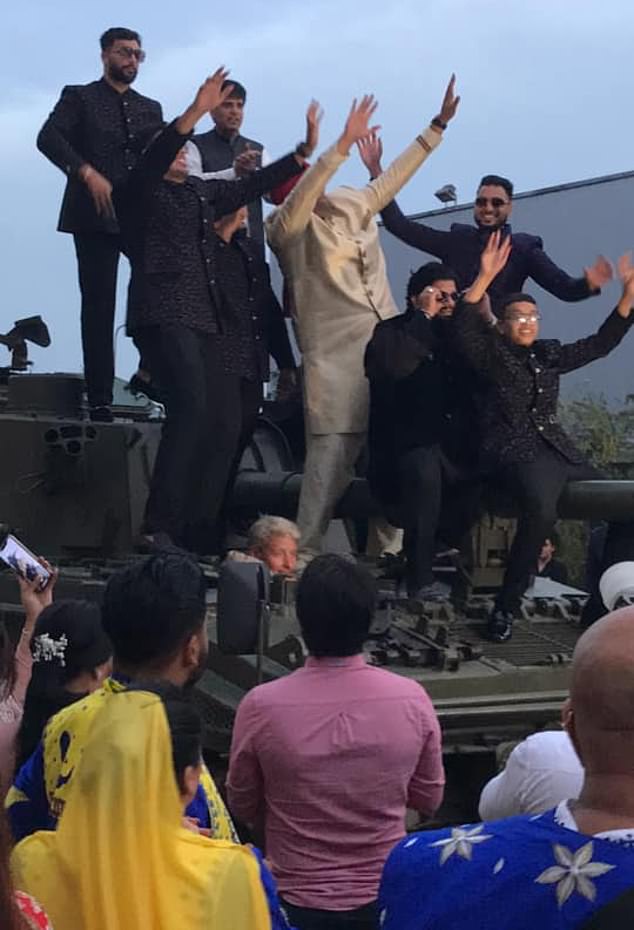 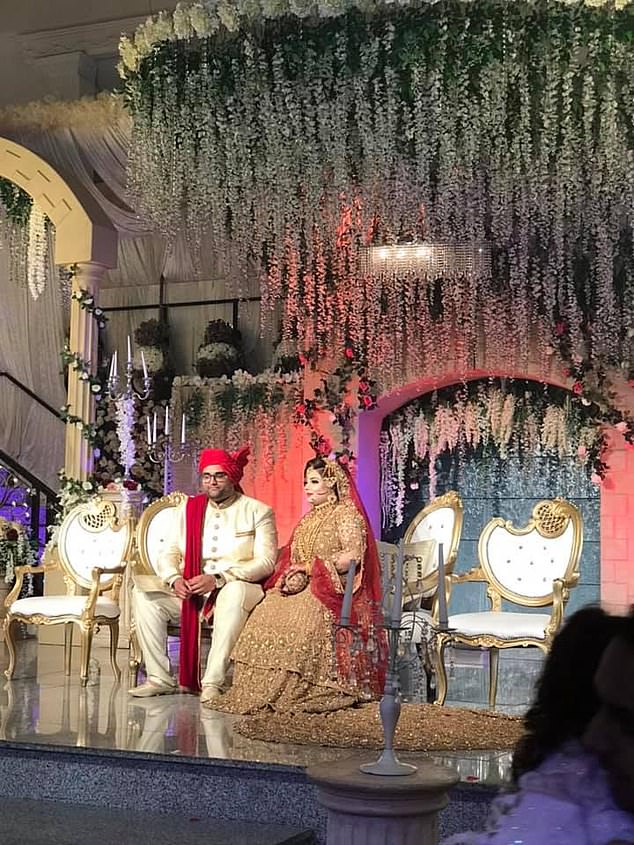 The Aston University business and politics student described the moment the groom climbed on board the Abbott tank.

He said: ‘The tank was only about 250 yards from the wedding, so the groom just got on top of it and stood on the turret. It was rolled slowly to the venue followed by all his family’s cars with dancers and people playing steel drums.

‘The bride and her family were really surprised. She had no idea. Big John is very sociable. He doesn’t want anyone to miss out.’

He now owns some 16 outlets across the Midlands.

Baraat is a groom’s wedding procession in North India, West India and Pakistan. It sees the groom and his family, accompanied by music, make their way up the street singing and dancing.

The groom traditionally rides atop a white horse or an elephant although today it is more likely to be a luxury car.