Tekashi 69, the ‘snitch’ rapper who turned on his associates to testify for the federal government in an astonishing trial which lifted the lid on gang culture and its cross-overs with the Hip Hop community, has rejected witness protection and says he will fend for himself when he is released from prison.

Tekashi, 23, whose real name is Daniel Hernandez, was charged in November 2018 with a string of charges including racketeering and firearms offenses.

He was staring down the barrel of 47 years in prison but cut a deal with prosecutors to testify for them against former gang mates Anthony ‘Harv’ Ellison and Aljermiah ‘Nuke’ Mack who are allegedly part of the Nine Trey sect of the infamous Bloods.

Over the course of three days earlier this month, he testified for the government and told how he’d once been kidnapped by one of the defendants.

He also tried to implicate other well-known Hip Hop names including Cardi B (who denies ever being part of the gang) and Jim Jones.

It remains unclear how much time he will serve behind bars, if any after a verdict is reached.

Closing arguments began on Thursday and are likely to last the day. A decision then will not likely be reached until next week, after the court re-opens after closing for  Rosh Hashanah.

Tekashi has been in custody since November last year.

It is possible, though unlikely that he may walk free for time served.

If he does, his team say he won’t require the government’s help on the outside. Instead, he plans to pay for his own security guards and hopes that the notoriety of the case will reboot his career. 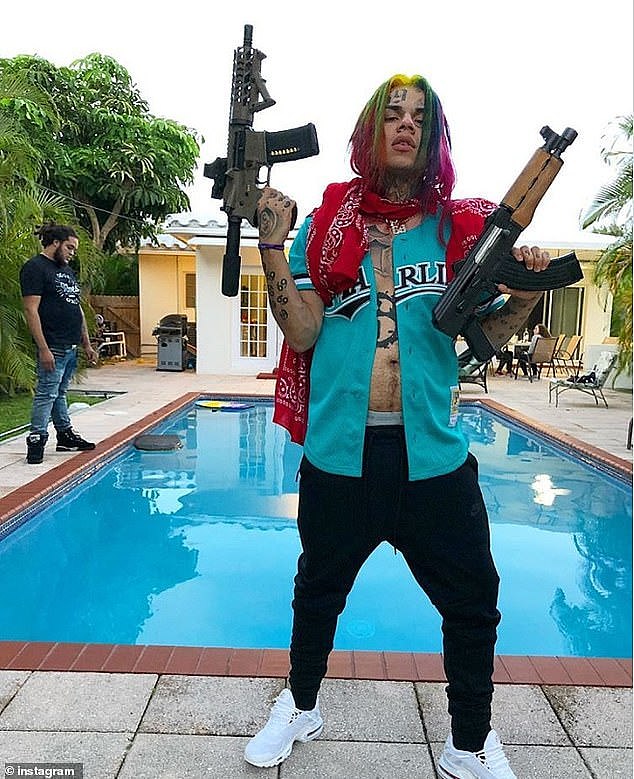 According to TMZ, the Brooklyn-based rapper will not only pay for his own 24/7 security but also plans to provide bodyguards for those closest to him.

Whether or not he will be able to afford it is a different question.

After his no-doubt mountainous legal bills, it is unclear how much money he will have left.

Estimates of Tekashi’s net worth vary wildly. Some Hip Hop enthusiasts put it at around $10million whereas others say it is closer to $1million.

The 23-year-old rose to fame through Instagram, where he promoted his songs including Stoopid and Dummy. 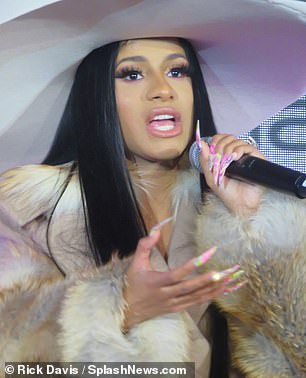 Among people the rapper has tried to implicate is Cardi B. She denies ever being part of the gang he said she was involved in

His legal troubles began in 2015 when he was involved in making a sex tape with a 13-year-old girl.

He did not have sex with the child but was involved in the production of the video and was sentenced to probation.

While awaiting sentencing, he was charged with assault and driving without a license.

But his gang dealings are what have landed him in the most trouble.

In November 2018, he was charged along with five others in a sweeping indictment which alleged their involvement in drug sales and two shootings in New York City.

Prosecutors said they were part of the Nine Trey Gangsta Bloods gang.

Tekashi flipped immediately and agreed to testify for them.