‘It’s only a matter of time’: Takumi Minamino backed to be a huge star at Liverpool by former coach at Red Bull Salzburg who says he can play in any of ‘front six positions’ at Anfield

Jesse Marsch has backed Takumi Minamino to be a success at Anfield, as the Red Bull Salzburg boss insisted ‘it’s only a matter of time’ before his former star gets going in England.

Minamino’s £7.5million arrival from the Austrian club was viewed as a marvellous piece of business by the Premier League leaders, with the Japanese international stringing together a number of impressive displays in the Champions League.

However, owing to the relentless form of Jurgen Klopp’s starting eleven, Minamino has struggled to break into the first team, making just seven appearances for the club.

Liverpool’s £7.5million  new boy Takumi Minamino has been backed to be a success at Anfield 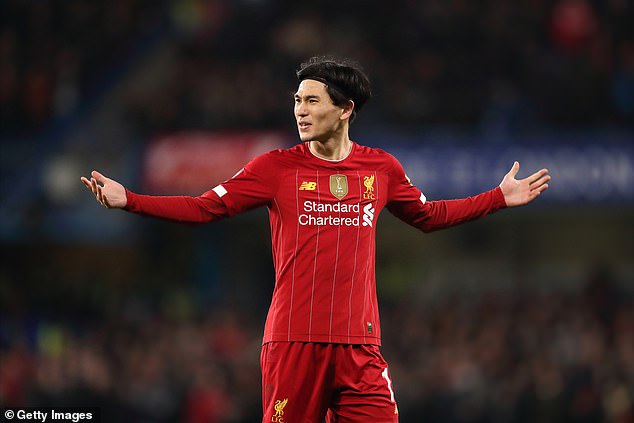 The 25-year-old has found game time hard to come by, with seven appearances for the club

The 25-year-old has previously admitted that he has been working hard to get to grips with the philosophies of the German coach, and Marsch believes it is inevitable that the attacker will make his mark.

‘When I came [to Salzburg], I knew he was going to be a big part of what we were about. He’s smart, very clever,’ the American coach told ESPN FC. 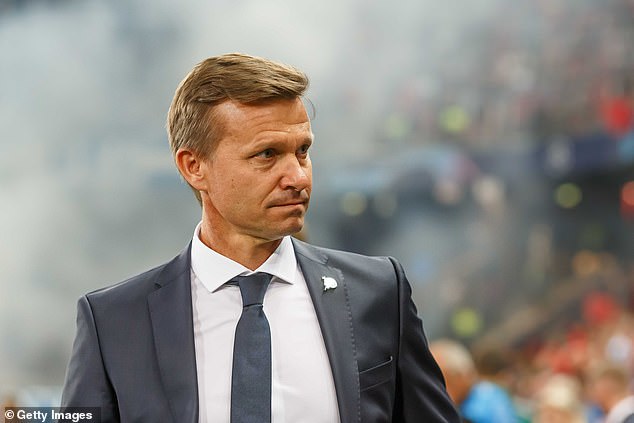 Jesse Marsch, Minamino’s former coach, believes it’s only a matter of time before he’s a hit 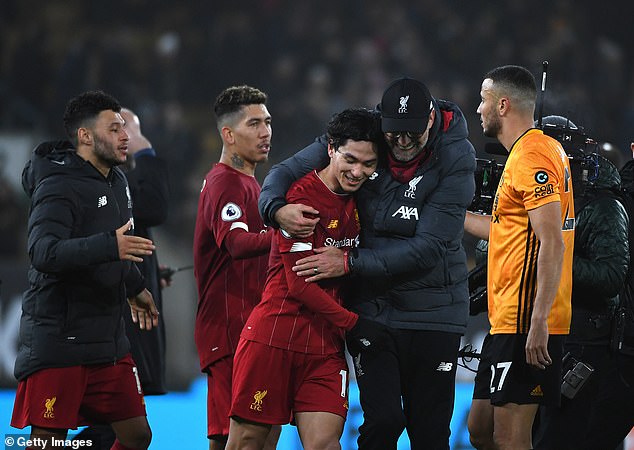 ‘What you have in Liverpool is so many talented and experienced players that play ahead of him, so it might take a while for Taki to establish himself in that group.

‘I think over time, they’re going to figure out more and more and more that he can play almost any of the front six positions for Liverpool. Because he’s so smart and clever, he’ll figure things out and get better as he goes.’

Marsch added that Minamino’s performances in training have earned positive reviews and the 25-year-old’s determination will stand him in good stead.

‘I’ve heard that in training he’s done really well and they’ve been really impressed,’ he said. ‘But in games it just hasn’t come together for him.

‘It might take a little bit of time, but knowing Taki he’s a guy who has so much drive and will find a way to get better every day. It’ll only be a matter of time.’