The sporting genius that is Ash Barty has been living out of her kitbag since mid-March, and the latest step on the long road she has been travelling is Saturday’s Wimbledon final.

This afternoon she will apply her remarkable hand skills to dismantling the power of Karolina Pliskova, giving away eight inches to the towering Czech.

Barty had more than a year at home in Australia during the pandemic before restarting her overseas schedule at the Miami Open, which she proceeded to immediately win.

That was just more evidence of a natural talent which is impressively transferable. It is well-known that she was able to spend a season playing professional Big Bash cricket when she felt she needed a break from tennis, but that is not the limit of her abilities.

While hunkered down in Australia she also won the annual club championship at her home golf club, despite playing sparingly. Her fluid method had already drawn the attention of Tiger Woods when he played at the President’s Cup in Melbourne.

‘She’s got a great swing, are you kidding me?’ commented Woods when he saw her strike a ball over the Yarra River. 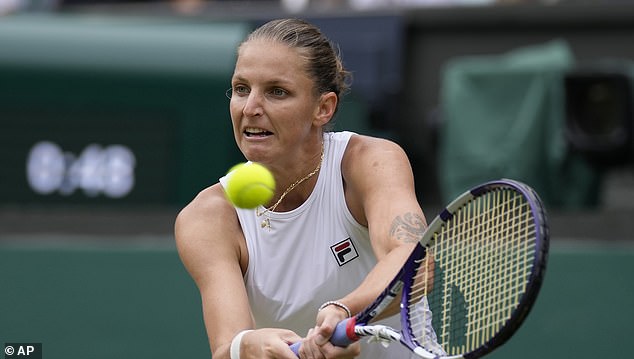 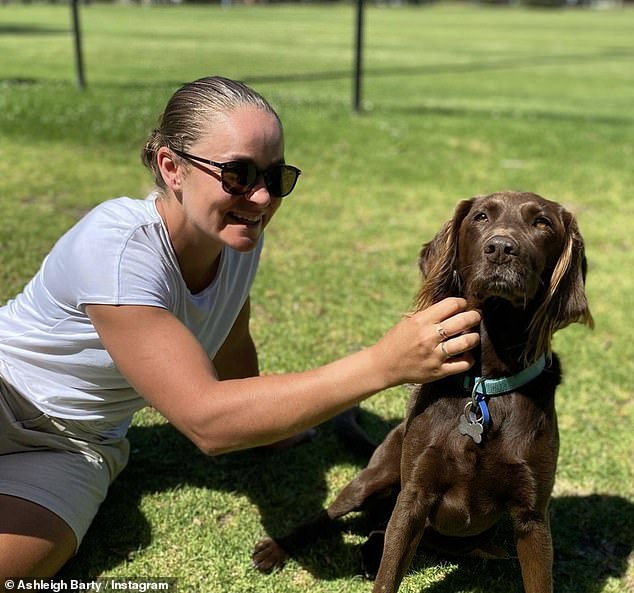 Barty loves being at home, and her coach Craig Tyzzer revealed on Friday that he was slightly concerned how she would react to month after month on the road, necessitated by Covid.

‘This is the longest we’ve ever been away,’ he said. ‘It always has been a stretch, through the clay court season leading into Wimbledon, but this is an extra-ordinarily longer time.

Barty is a wonderful player with an enormous toolbox. Among those are her varied returns of serve, and this afternoon sees the statistically best server of the tournament against its most effective blocker. 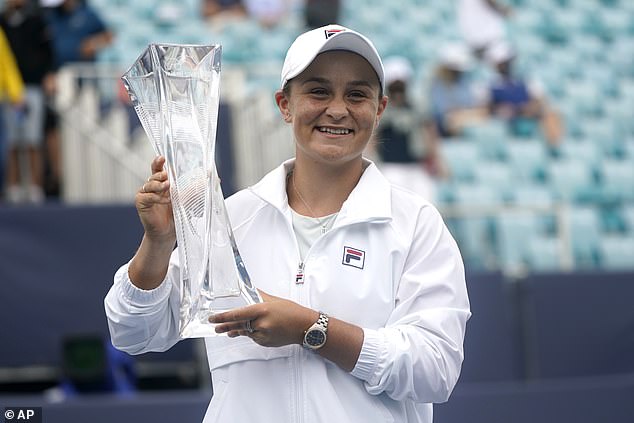 She restarted her overseas schedule at the Miami Open, which she proceeded to win 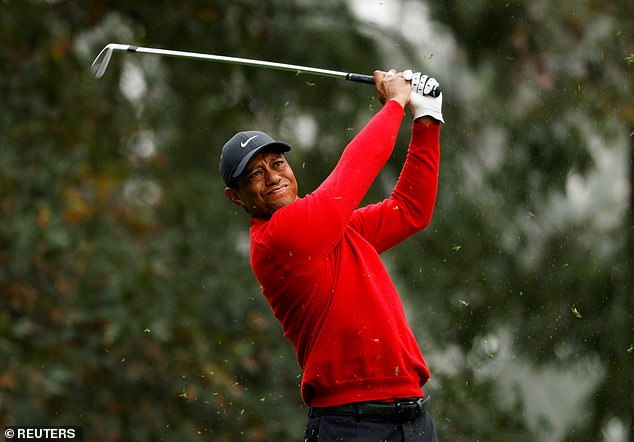 It should make for a vivid contrast as the 5ft 5in Queenslander seeks to win the women’s title 50 years after Evonne Goolagong, with whom she shares aboriginal heritage, first triumphed at the All England Club.

Pliskova has served 54 aces in the tournament and won four out of five points on her first serve. Technical tweaks to her delivery, such as changing her stance, are already paying off.

Nonetheless former world No 1 Tracy Austin believes that Barty is good enough to condemn the 29-year-old Czech to continue her status as the best active female player not to have won a Grand Slam. That could be the difference from the semi-finals, when Pliskova overcame fellow power merchant Aryna Sabalenka.

‘Her variety is going to favour her because she can make it awkward for Pliskova,’ said Austin, who has been analysing for the BBC. ‘Sabalenka doesn’t really have those tools, she was trying to outhit Pliskova whereas Ash can change the pace, change the angles, drag her off the court. 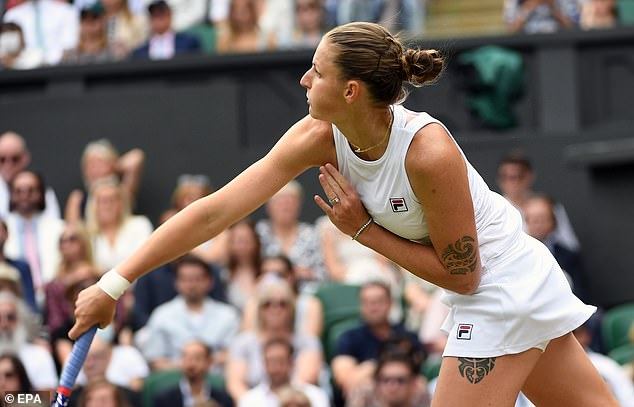 ‘She moves so well, she has the backhand slice, she floats across the court. Her personality is pretty chilled, and we know that Evonne Goolagong was the same. If there is anybody on the Tour now who replicates Evonne’s game and demeanour it would be Ash.

‘I think the Aussies really put Wimbledon at the top, they really want to win that title, and she has a game that is tailor-made for it. I think her experience of the past in winning Roland Garros helps when she is in the Wimbledon final. She was very calm in her semi-final on Friday, after going 5-2 down in the second set. 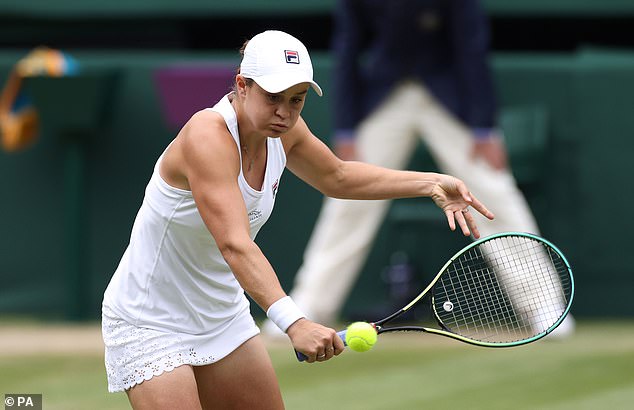 Barty is a tennis player with an enormous tool box. Among those are her varied returns of serve

‘She just trusts herself and has the ability to change up her game to adapt to situations in matches. She has got so much variety, so many tools. Because it’s the final of a major hopefully they won’t be overwhelmed by the situation and it’s a beautiful contrast in styles.’

It will also be a clash of temperaments, with the phlegmatic Barty up against the more intense Czech. Pliskova hails from a country with a rich tennis tradition, where the game is akin to a national sport and which is now producing generation after generation of outstanding players.

Pliskova’s coach Sascha Bajin, who once worked with Serena Williams, has found the experience interesting.

‘I’ve learned that Czech mentality can be very stubborn,’ he said. ‘It’s OK sometimes to go through the door, not through the wall.’