TALK OF THE TOWN: Ben Goldsmith to the rescue as Kate Rothschild is hit by £500,000 gems raid

After banking heiress Kate Rothschild and Ben Goldsmith divorced six years ago, they engaged in a very bitter and public war of words. But now relations between the pair have improved much it seems

After banking heiress Kate Rothschild and Ben Goldsmith divorced six years ago, they engaged in a very bitter and public war of words. But now relations between the pair have improved so much that Ben is offering a ‘substantial’ reward for the safe return of treasures worth £500,000 that were snatched from his ex-wife’s home earlier this month.

Kate, 35, has also spoken for the first time since the burglary, telling me: ‘While I’m really sad to have lost so many things that are precious to me, mostly I’m just so grateful that nobody was hurt. Who knows, some of these things might show up.’

Raiders broke into Kate’s £4 million home in South-West London while her children and their babysitter slept and escaped with her wedding and engagement rings from her relationship with financier Ben. Other precious and sentimental items, including a unique dragonfly brooch and a locket containing her children’s hair, were also taken – and I can reveal none of them was insured.

But far from blaming his ex-wife over the insurance blunder, Ben tells me he is putting up a reward – likely to be in six figures – for the return of the gems. Last week the 37-year-old, who is now married to lingerie model turned food writer Jemima Jones, described the stolen Thomas Goode jewellery box as containing ‘every single thing of value Kate has’.

The gang struck on April 19. At the time Kate and her entrepreneur boyfriend Paul Forkan were at a party at 5 Hertford Street in Mayfair to support Jemima as she launched her book, A Love Of Eating: Recipes From Tart London.

Kate returned home to find her bedroom door locked from the inside. Paul managed to climb through an open bedroom window, only to discover the jewellery box was missing.

Ben and Kate, who have three children together, split in 2012 after it emerged she had been seeing US rapper Jay Electronica. Despite their acrimonious divorce, they have settled their differences and Kate even babysits Ben and Jemima’s two children. Ben has said of Kate and Jemima’s relationship: ‘They are friends, which is a great joy and blessing for me.’

Meanwhile, Ben was pushing for his mother Lady Annabel Goldsmith to marry Sir Tom Jones last week. Sharing this picture of her with Sir Tom, 77, at the bash at 5 Hertford Street, Ben wrote: ‘Meet my new stepfather folks.’ His sister Jemima Khan chimed in: ‘Find someone who looks at you like Tom Jones looks at my mum.’ She also asked: ‘Who has the deeper tan?’ I’d say mahogany-brown Lady Annabel, and perma-bronzed Sir Tom are a perfect match… on a colour chart! 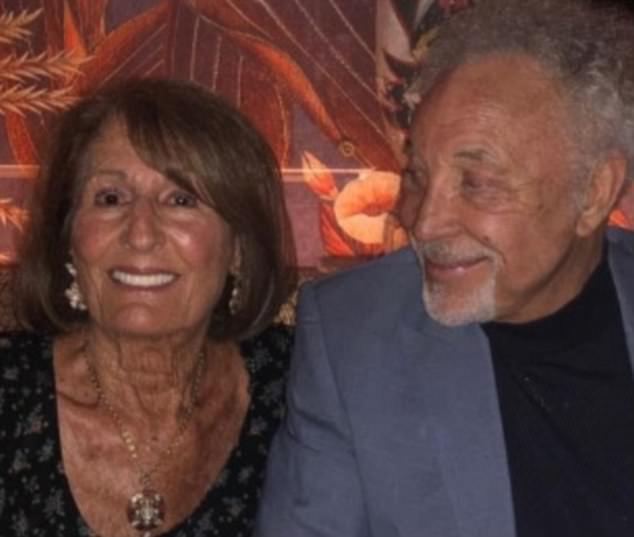 He may have left his wild days behind him, but the Duke of Marlborough – who we revealed last week is the saviour of the nation’s hedgehogs – has still got a prickly relationship with the owner of Browns restaurant in Oxford. The 62-year-old was barred more than 25 years ago when he was known as Jamie Blandford, a party-mad tearaway with little hope of inheriting his family pile, Blenheim Palace.

Even though he has long since cleaned up his act, it doesn’t appear to be enough for Browns founder Jeremy Mogford. ‘It’s a lifelong ban and I’m not going to remove it just because he’s become a Duke and got the keys to the Palace after all,’ Jeremy, 71, told me. A friend of the Duke responds: ‘I’m not sure he wants to go to Browns these days!’