The last months have been torrid for Philip Green, to say the least.

So isn’t he lucky that he has wife Tina by his side who is busily attempting mission impossible… to rehabilitate the reputation of the Topshop tycoon and win back some showbiz pals.

And, I can reveal, she isn’t doing too badly considering the scale of the challenge she faces after claims her husband groped a number of women – including some of his staff whom he later allegedly gagged with non-disclosure agreements. 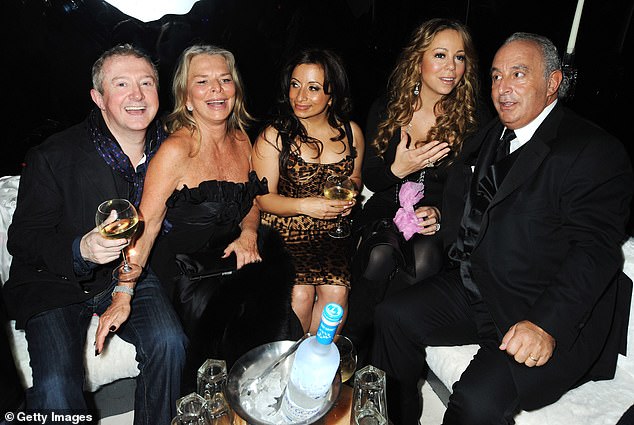 In Monaco, where the Greens now live, Tina has set about ensuring the couple are at the centre of the action. Herself a billionaire, Tina, 69, opened the G&M Design art gallery at the end of last year on the principality’s most expensive road, Avenue Princesse Grace.

The pair – often seen mixing with the likes of Stevie Wonder and Sir Rod Stewart before Philip’s troubles – welcomed U2’s Bono in April, while legendary fashion photographer David Bailey was there in May to open an exhibition showcasing his work.

But probably what has delighted Tina most is that Prince Albert of Monaco and his wife Charlene have been regular visitors to the gallery and have become close friends.

And to mark the Monaco Grand Prix in May, Tina threw five days of parties on board their £100 million yacht Lionheart – enticing the royal couple, as well Formula 1 king Lewis Hamilton and New York nightclub kingpin Richie Akiva.

Tina’s mission so far appears to be winning friends.