TALK OF THE TOWN: Prince Charles’ fury over Meghan

TALK OF THE TOWN: Prince Charles is ‘frustrated’ as Meghan Markle posts pictures of a visit to a dog rescue centre at the same time as he revealed new green initiative on social media

Is Meghan purposely riling the relatives? She must have annoyed Prince Charles last week when she posted pictures of a visit to a dog rescue centre – at the same time as he released details on social media about his new green initiative.

The Prince must have been particularly frustrated because he’d tried to take steps behind the scenes to prevent such a clash.

A source tells me: ‘The Palace wanted someone from their side involved in the co-ordination of diaries and press activities last week, but the request was rejected by the Sussexes. The couple’s rejection of any simple co-ordination hasn’t gone down too well with Charles.’

Meghan’s picture was taken weeks ago when she was still in London but only released last week – and also happened to clash with photographs of the Duchess of Cambridge at a children’s centre launching her early years development project.

The Prince said insurance companies had an important role to play in encouraging the public to go green. The heir to the throne was speaking at the launch of the ClimateWise principles 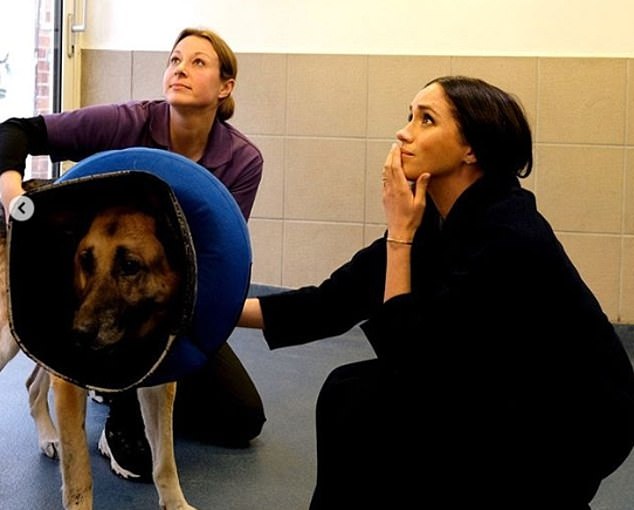 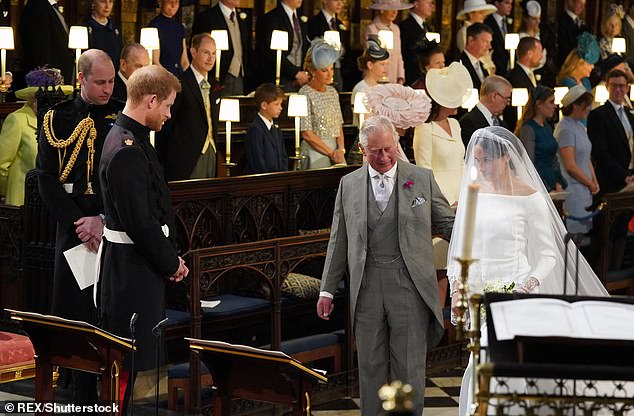 Prince Charles, pictured with Meghan on her wedding day, wanted to co-ordinate their diaries to prevent any sort of clash

Author Nick Hornby is one of the most gentle and charming men in England – but that didn’t stop him putting the boot into Britain’s favourite ex-footballer in quite lethal fashion.

Confiding that his three sons are desperate for David Beckham-style tattoos, the About A Boy writer told me at the launch of his sister Gill Hornby’s new book Miss Austen last week: ‘I don’t mind if my sons get inked, but I always say that tattoos are a stamp of idiocy.’

I’m sure razor-sharp Becks is working on a stinging retort!

Talk about a sense of entitlement!

Damian Aspinall’s daughter Clary has taken to Instagram to plead for a job – writing the kind of jibberish that will surely persuade precisely no one to hire her.

Aspiring musician Clary, 28, whined: ‘I really need sum dollars. Looking for a job to go alongside with music. Plz can someone just hire me for f***s sake!!!! I’m good at makeup and beauty stuff too.’

To illustrate her charmingly put point Clary posted this selfie with a pair of cherries she’d painted on her cheeks. 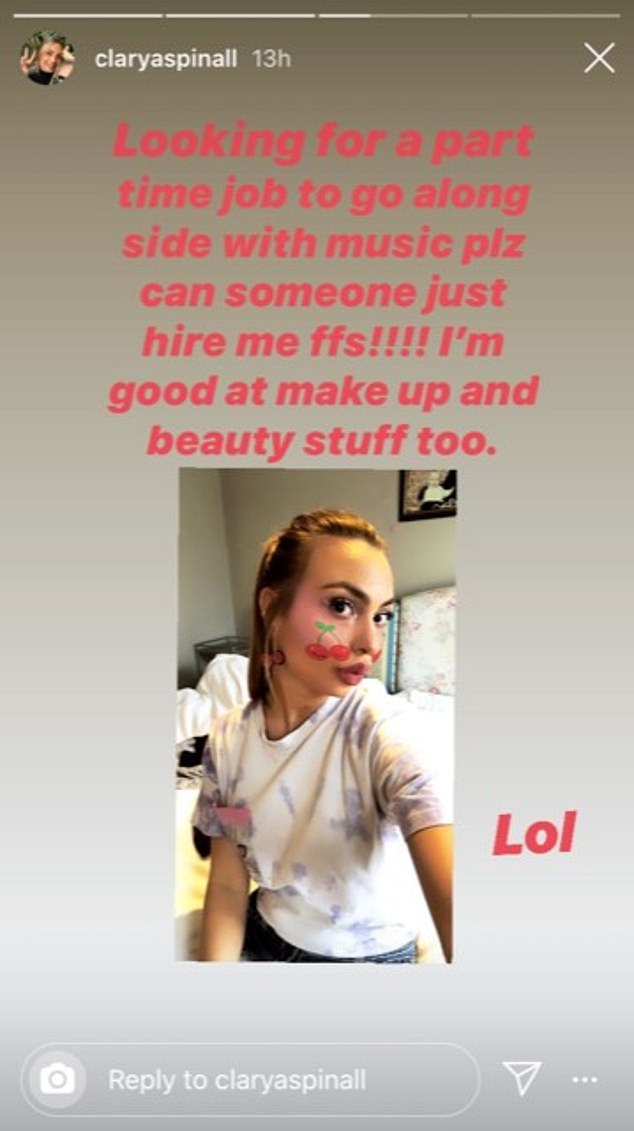