The devastated grandfather of a baby boy who was kidnapped, raped and murdered has revealed how he begged police for help – but they arrested him and the child’s mother instead.

Little Charlie Mullaley was snatched by his evil stepdad Mervyn Bell and endured a brutal 15-hour terror ordeal at the sick pervert’s hands.

Bell was finally captured 800km away the next day – but the 10-month-old infant was dead after being sexually abused and battered mercilessly for hours.

But when the family tried to raise the alarm on the night he was abducted, police dismissed their fears and asked: ‘How many cars do you think we’ve got?’

A triple-0 call made by distraught grandfather Ted Mullaley on the night revealed his chilling warning: ‘Get someone to take me seriously – this guy is going to kill my grandson.’

But it was another nine hours before a proper manhunt was launched – by which time it was already too late to save Charlie.

The boy’s mother Tamica Mullaley had earlier been found naked, battered and bleeding in a street in Broome, Western Australia, after a fight with Bell over him cheating on her.

He had ambushed her on a street, ripped her clothes off, beaten her almost senseless and tried to run her and a friend over, then drove off before police arrived.

But police at the scene didn’t treat the mother as a victim and the situation suddenly escalated when they tried to arrest her, despite her distressed condition. 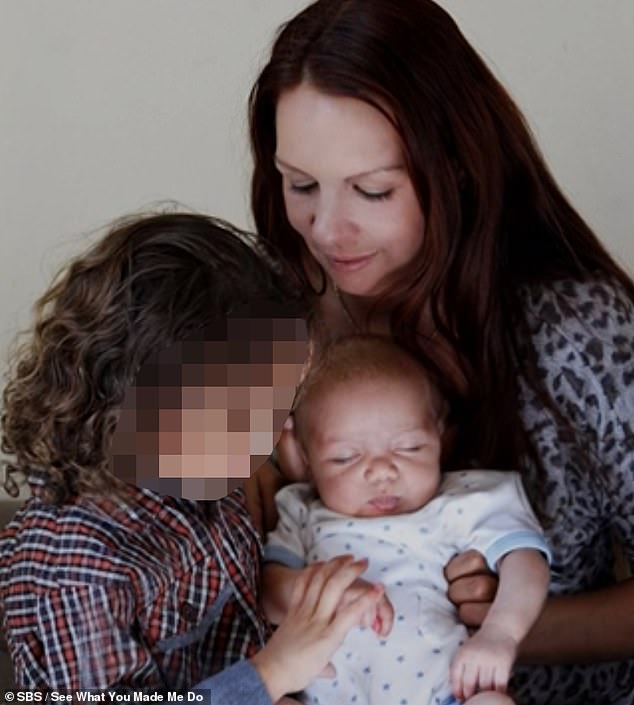 Tamica Mullaley was arrested, charged, prosecuted and convicted for assaulting and obstructing police when  her baby son Charlie Mullaley was abducted, raped and murdered

Little Charlie was taken from her arms and passed to a relative of Bell’s while police seized his mother, wrapped in a blood-drenched sheet, and threw her in the back of a paddy wagon.

Her father arrived at the scene but was also arrested, although he persuaded police to take his daughter to hospital and followed their vehicle to make sure they did.

But while they were at hospital, Bell returned to the scene and grabbed Charlie, before fleeing out of town with the infant and headed north towards Karratha.

The family pleaded with police to stop him, but they were told officers only had two vehicles – one was at hospital with the mother and the other was at the station doing paperwork.

Police also allegedly refused to trace the phone in Bell’s possession to locate him because of the $800 cost involved, even when the grandfather offered to pay.

They then accused him of being drunk and stinking of booze despite being sober for 20 years.

In desperation, Mr Mullaley phoned triple-0 to beg for someone to help them – but the operator simply said she’d phone the local station sergeant. 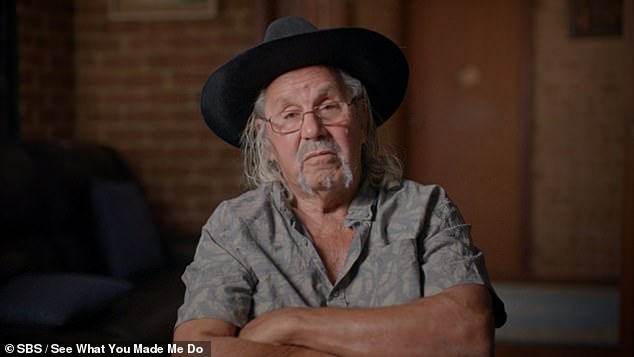 A triple-0 call made by distraught grandfather Ted Mullaley on the night revealed his chilling warning: ‘Get someone to take me seriously – this guy is going to kill my grandson’

‘No-one would help me,’ Mr Mullaley told a recent SBS documentary on domestic violence, See What You’ve Made Me Do?

‘I was scared. But in my wildest dreams I never thought [Bell] would do what he did.’

Grandmother Julie Mullaley added: ‘I’ve always believed in the police. I believe that the police are there to help you.

‘But the next day they still had not found Mervyn Bell and the baby.’

When mum Tamica was told the child was with Bell, she ripped off her IV tubes and monitor leads and discharged herself from hospital to be with her family, despite a ruptured kidney and lacerated spleen.

‘At lunchtime, these two detectives said, “We know where he is”,’ Mr Mullaley said.

‘We’ve found him. He’s walked into the Fortescue [River] Roadhouse.

In 2014, Bell was sentenced to life with a minimum of 27 years for Charlie’s murder and sexual assault in 2013.

He killed himself in prison in 2015 after repeated attacks from other inmates.

‘I was there when the judge did the sentencing,’ Mr Mullaley said.

‘He said it was the most horrific thing he’s ever had to deal with.’

Charlie’s grandma Julie said she was ‘happy’ to see Bell put behind bars.

‘What he did to that baby was so traumatic. There was so many injuries – hundreds or a hundred-and-something injuries,’ she said.

‘To me, that was him dealt with…finally.’

But Charlie’s death has devastated his broken mother Tamica, now 35.

Almost a decade on, she still spends hours by her child’s graveside every second day, her family said, and can’t bring herself to talk publicly about it.

‘Every day she has to realise the baby’s not here, and it’s been really hard for her,’ Tamica’s aunt Kathleen Pinkerton told MamaMia. 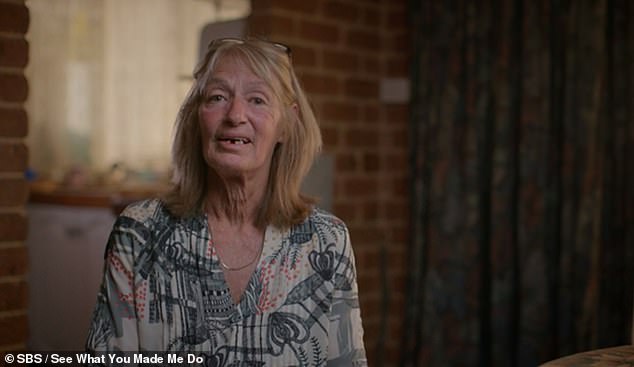 On Wednesday, the West Australian government finally apologised and pardoned both her and her father almost a decade after ‘enduring the unthinkable’.

‘They really did nothing and they left Charlie so vulnerable that he suffered the most horrific little death.’

WA Attorney-General John Quigley told parliament on Wednesday that Ms Mullaley’s actions on the night she was arrested were unsurprising given the violence she had suffered.

‘Tamica and Ted have endured the unthinkable,’ Mr Quigley said.

‘In just two days Tamica had suffered a life-threatening assault and lost her baby in the most horrific circumstances.’ 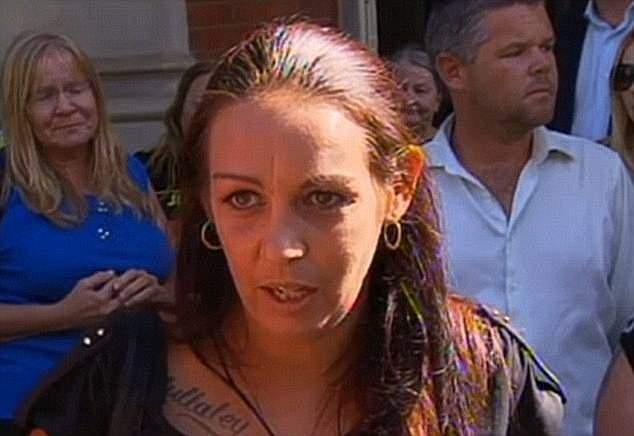 Mervyn Bell attacked Tamica Mullaley (pictured) on a Broome street, stripped her naked then drove off before returning and attempting to drive over her in March 2013.

The police conduct in Ms Mullaley’s case was criticised in a Corruption and Crime Commission review though it ruled there was no serious misconduct.

A coroner investigated the death but did not hold an inquest.

But Mr Quigley said both Ms Mullaley and her father had deserved much better.

‘On behalf of the government of Western Australia, I am sorry for the way you were treated by the government and the WA police both before and after losing baby Charlie,’ he said.

‘Ted and Tamica deserved compassion. Instead, the system we thought we could rely on to support victims of crime failed Tamica and Ted and they were dragged through the courts themselves.’ 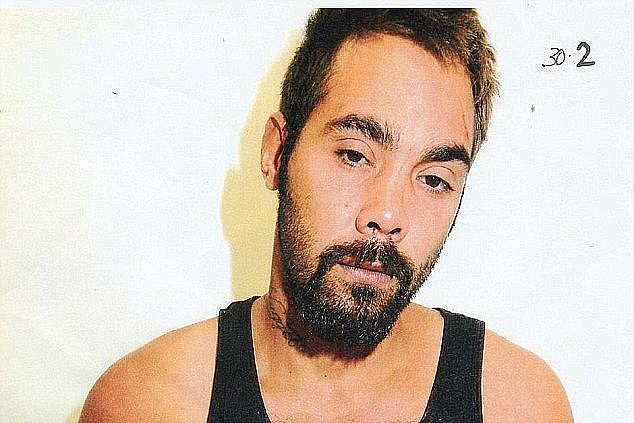 In 2014, Mervyn Bell was sentenced to life with a minimum of 27 years for Charlie’s murder and sexual assault in 2013, but he killed himself in prison in 2015.

Mr Quigley said the WA governor had also granted absolute and unconditional pardons to both Ms Mullaley and her father, in what was a ‘most exceptional step’.

‘These pardons are a show of mercy which have been a long time coming,’ he said.

Both Ms Mullaley and her father were in parliament’s public gallery on Wednesday to hear Mr Quigley’s statement.

Calls for the inquest were backed by the National Justice Project, which cited a section of the Coroner’s Act that an inquest must be held if it appears a death was caused, or contributed to, by any police action, but it was rejected.

THE MURDER OF LITTLE CHARLIE MULLALEY

10.30pm: Mervyn Bell bashes his girlfriend Tamica Mullaley before stripping her naked and dumping her on the side of a road in Broome, Western Australia.

Bell murdered Charlie later that day, and the people whose custody the child was placed in are not contacted by police until 10am.

Bell is sentenced to life in prison, with a minimum non-parole period of 27 years. In sentencing Bell, the judge described his crime as one of the most evil he had ever encountered.

Bell is jailed for an additional five years for attacking Ms Mullaley.

Bell is found dead in his cell at Casuarina Prison, 30km south of Perth.

WA’s corruption watchdog found police could have done more to ensure the child’s safety, but there was no serious misconduct.

Western Australian government officially apologise and pardon Tamica and Ted Mullaley after they ‘endured the unthinkable’.