Tammy Abraham has hailed the progress of Chelsea’s academy graduates after trading the Championship for the Champions League in the space of 12 months.

It was a far cry from last season when Abraham was on loan in the Championship with Aston Villa, Mason Mount and Fikayo Tomori were at Derby and Reece James was with struggling Wigan. 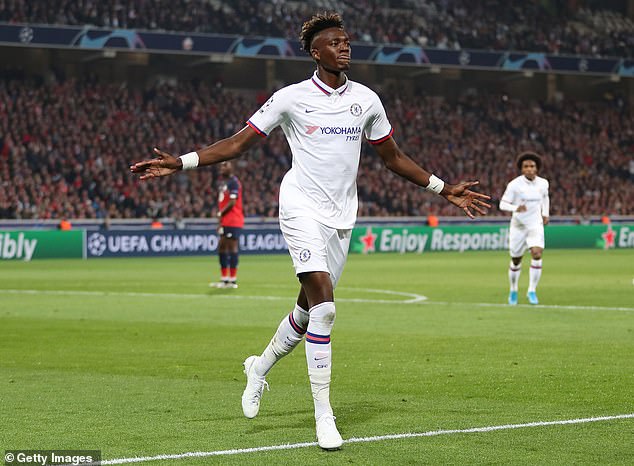 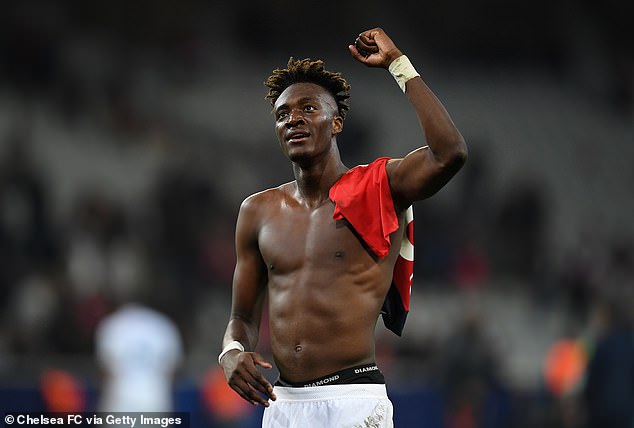 ‘Me, Fikayo, Mason and Reece were talking before the game about last season, we were all in the Championship,’ said Abraham, who scored his first Champions League goal in the win at Lille.

‘Reece was fighting against relegation, and now we’re in the Champions League, which has always been a dream. And to get that first goal is incredible.

‘It was an unbelievable feeling – and it’s just the start. We’ve always believed one day we could be in the first team and we’ve made it happen. 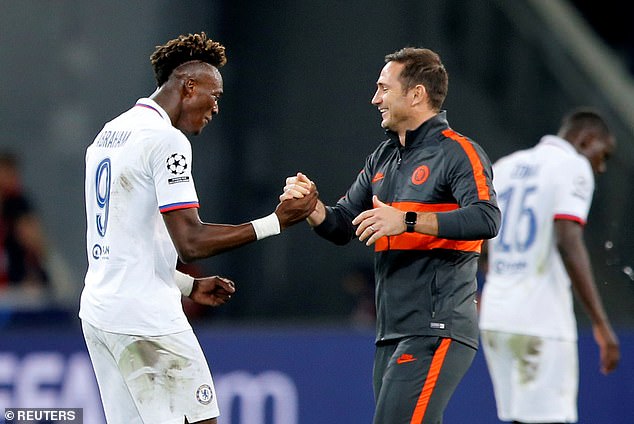 ‘It’s credit to the manager and the staff for giving us the chance. It’s just the beginning and I think we’ll get better and better.’

Abraham celebrated his 22nd birthday with a 22nd-minute goal – a smart turn and finish in the area from Tomori’s cross.

Chelsea were pegged back by Victor Osimhen’s equaliser, but Willian volleyed in a late winner on his 300th Chelsea appearance.

‘It was a fantastic birthday and what a way to celebrate, with a goal and three points,’ added Abraham.

‘It was massive, we knew we had to win and credit to the boys, those are the performances we need on away trips. It wasn’t easy but we defended well as a team and got the win.’