She raised eyebrows on Thursday when she wore a pair of barely-there shorts in a public gym.

And a day later, Tammy Hembrow put on another eye-catching display in a photo shared to Instagram.

Posing for a selfie in her bedroom, the 24-year-old revealed her ample cleavage and slender waist in a skimpy grey bralet.

That’s brazen! Tammy Hembrow, 24, revealed her ample cleavage in skimpy lingerie in an Instagram post on Friday… after raising eyebrows with her scantily-clad gym attire

Tammy allowed a fluffy pink robe to drape over her frame and tilted her head to capture her side profile.

The mother-of-two swept her blonde locks to one side, and added a slick of colour to her plump lips left slightly agape.

Tammy used the photo opportunity to encourage her followers to make the most of Lounge Underwear’s Black Friday sales. 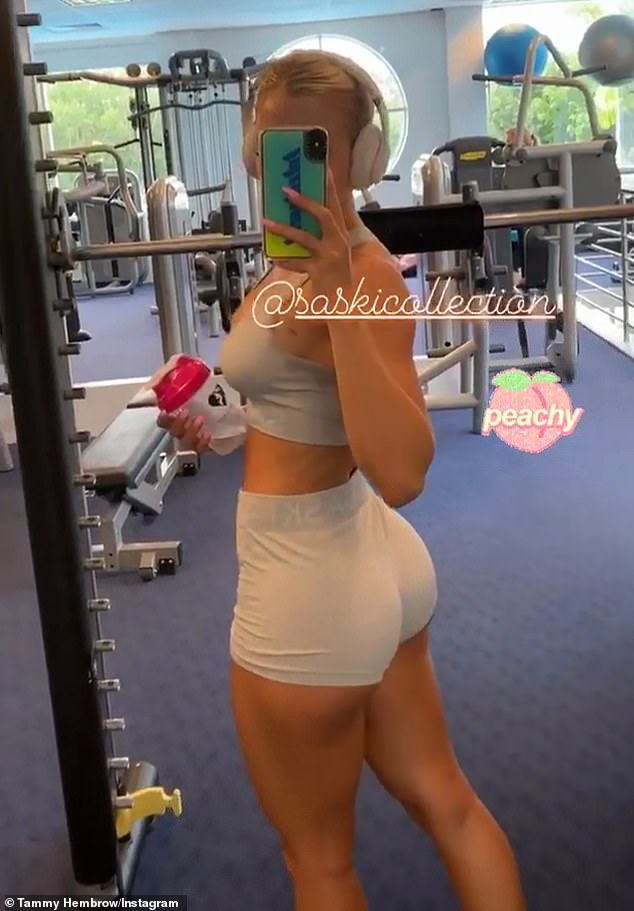 Famed physique: Just a day prior, the mother-of-two took to Instagram Stories, highlighting her infamous derrière in minuscule shorts from her own label, Saski Collection

A day earlier, the fitness mogul left very little to the imagination with her choice of attire while at a Gold Coast gym.

No doubt giving patrons an eyeful, Tammy proudly flaunted her fit physique and infamous derrière in a low-cut crop top and minuscule shorts from her own label, Saski Collection.

Taking to Instagram Stories, the blonde bombshell purposely stood in front of a mirror as she twisted her frame to show off her posterior peeking through below her tiny shorts. 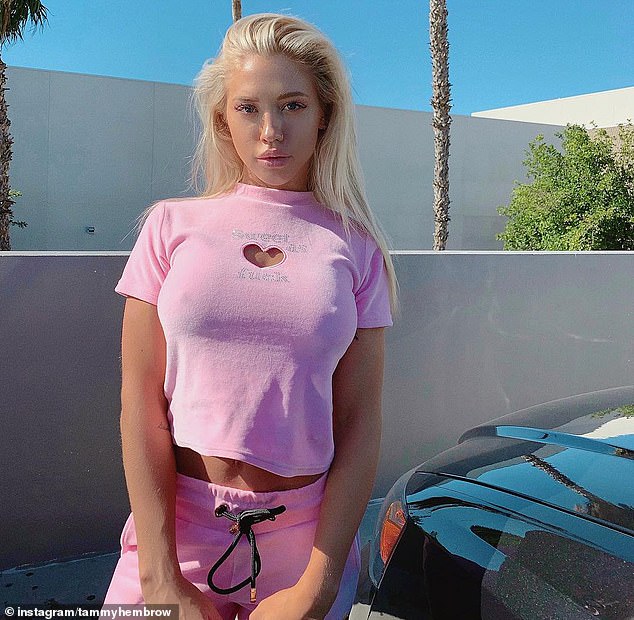 Repeat offender: It’s not the first time Tammy has opted to flash plenty of skin while working out in public

It’s not the first time the Queensland beauty has opted to flash plenty of skin while working out in public.

Tammy regularly uploads photos and videos at the gym in cleavage-baring crop tops and cheeky shorts.

In September she posted a racy photo bending over in the gym in very high-cut shorts to promote her Tammy Fit fitness app. 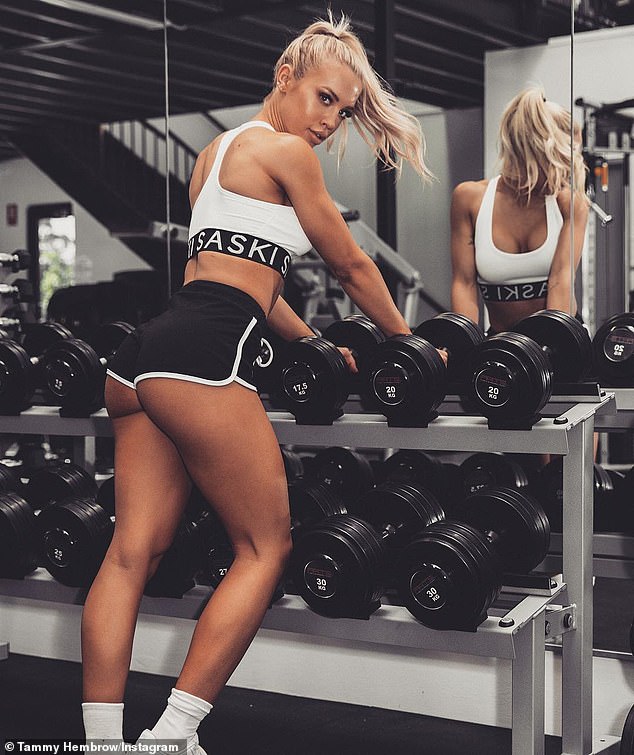 Promoting the product: In September the fitness mogul posted a racy photo bending over in the gym in very high-cut shorts, to promote her Tammy Fit fitness app