‘My whole body died’: Tan Mom reveals she was put in a medically-induced coma this month after a cardiac arrest and developing pneumonia, pancreatitis, and a lung infection

Patricia Krentcil has revealed that she was placed in a medically-induced coma earlier this month.

Krentcil – who became known as ‘Tan Mom’ after she took her five-year-old daughter to a tanning booth – collapsed on the street in Brandon, Florida, and was rushed to Brandon Regional Hospital.

Relatives say the mother-of five was diagnosed with pneumonia, pancreatitis and a lung infection and, as doctors tried to treat her, she went into cardiac arrest. 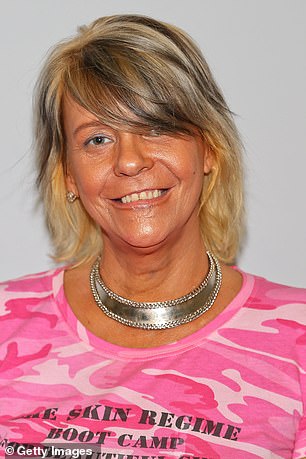 Patricia ‘Tan Mom’ Krentcil, 51 (left and right), collapsed on a street in Brandon, Florida, and was rushed to the hospital. She was diagnosed with pneumonia and doctors also found fluid in her lungs that needed to be drained 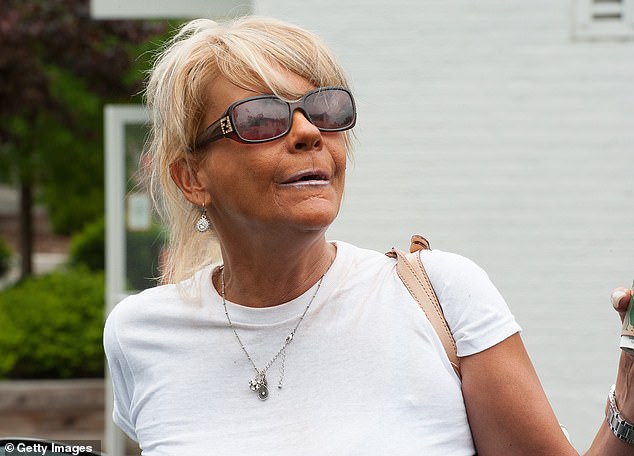 Krentcil’s lungs were too weak because she is a life-long smoker and, because all the fluid could not be drained, she went into cardiac arrest. Pictured: Krentcil, May 2012

According to The Blast, Krentcil was rushed to the hospital and admitted to the intensive care unit during a bout with pneumonia.

Pneumonia is a lung infection caused by bacteria, fungi or viruses. The lung’s air sacs become inflamed and can fill with liquid or pus.

Doctors found fluid in her lungs and needed to remove it. But Krentcil is a life-long smoker and her lungs were deemed too weak.

All of the fluid could not be drained and Krentcil went into cardiac arrest.

‘It was life or death at one point,’ an anonymous family member told the Post. ‘Her heart stopped…she had CPR done [for about six to eight minutes]. It was dire.’

After about a week of being on life support, she was extubated.

‘I had a breakdown in my body. My whole system just collapsed,’ Krentcil told the newspaper.

Doctors have not commented on whether Krentcil’s affinity for tanning played a role in her health scare.

Family members say that, although she is recovering, she is not out of the woods yet.

‘She’s still weak,’ the relative told the Post. ‘There are still problems with her stomach – [doctors] think it’s inflammation – and she still has fluid.’ 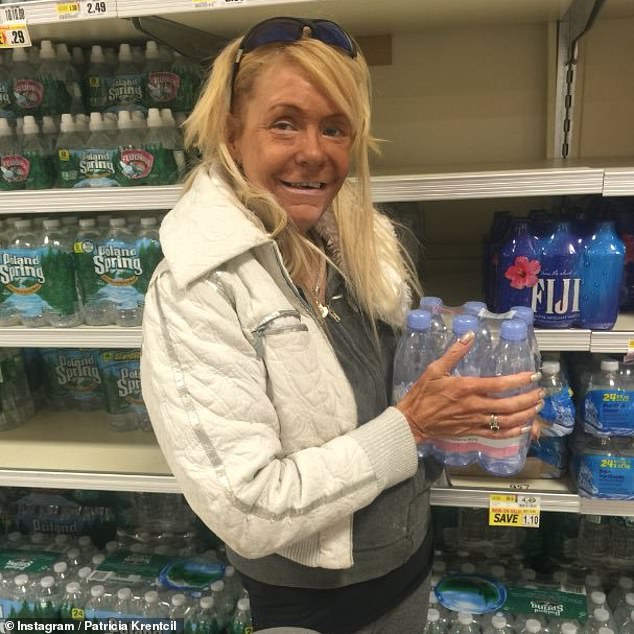 The mother-of-five (pictured) was placed in a medically-induced coma at Brandon Regional Hospital, but has since emerged 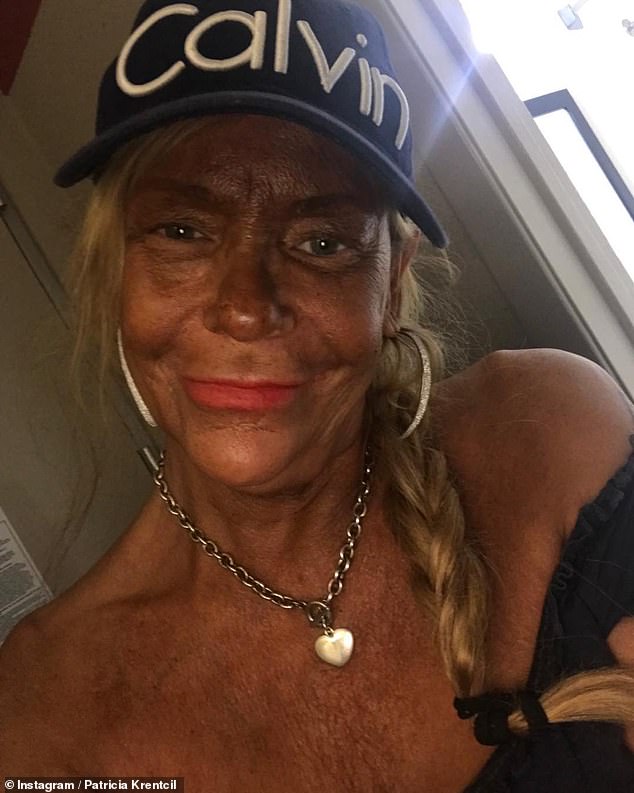 The family member added that Krentcil is on ‘very heavy medication’ and ‘she’s lost between 10 and 20 pounds.’

But the pseudo-celebrity said she believes she will make a full recovery.

‘I’m getting better,’ Krentcil told the Post. ‘I’m grateful – I have a lot to live for.’

Krentcil became infamous in 2012 after she took her then-five-year-old daughter, Anna, into a tanning booth in her home state of New Jersey.

According to investigators, Anna suffered severe burns all over her body.

Krentcil was released from jail on $25,000 bail and pleaded not guilty to second-degree child endangerment, but she was never indicted.

She became a minor celebrity, recorded a rap single title It’s Tan Mom B***h, and appeared in an adult film in 2013.