TORONTO (AP) – Masahiro Tanaka pitched six sharp innings and the New York Yankees did fine without any pop from their sluggers, beating the Toronto Blue Jays 4-2 on Friday night.

Giancarlo Stanton, who homered twice and doubled a day earlier in the opener, went 0 for 4. So did big hitters Aaron Judge and Gary Sanchez. Yet the Yankees, under new manager Aaron Boone, improved to 2-0 for the first time since 2011.

Tanaka (1-0) allowed one run on three hits in six innings, striking out eight without a walk. He retired his final 13 batters and is now 10-4 with a 2.86 ERA in 16 career starts against the Blue Jays.

Randal Grichuk hit his first home run for Toronto but struck out looking to end the game.

Stanton went 0 for 4 struck out twice and Judge fanned once and grounded into a pair of double plays.

Gregorius hit a leadoff triple in the second but was thrown out at home when he ran on contact on Sanchez’s grounder to third. Sanchez later scored on Drury’s two-out double off the right field wall.

Grichuk tied it with a one-out drive in the bottom half, but the Yankees reclaimed the lead in the fourth when Gregorius doubled and scored on Drury’s single.

Wade added his wo-run double in the sixth.

Yankees: Hicks was placed on the 10-day disabled list because of a strained right ribcage. He will be shut down for three days before resuming activity. He becomes the third outfielder on New York’s DL, joining Jacoby Ellsbury (strained right oblique) and Clint Frazier (concussion).

Blue Jays: SS Troy Tulowitzki will have surgery Monday to remove bone spurs from both heels and is expected to miss eight weeks. … 3B Josh Donaldson will DH until he recovers from a dead arm that has affected his throwing. While there is no structural damage, Donaldson has been dealing with the problem since early March.

Yankees: LHP CC Sabathia is 8-4 with a 3.11 ERA in 14 starts at Toronto’s Rogers Centre, his third-lowest career ERA at any stadium. 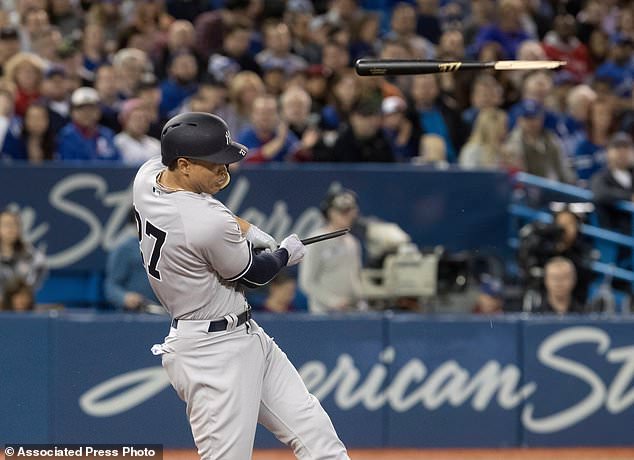 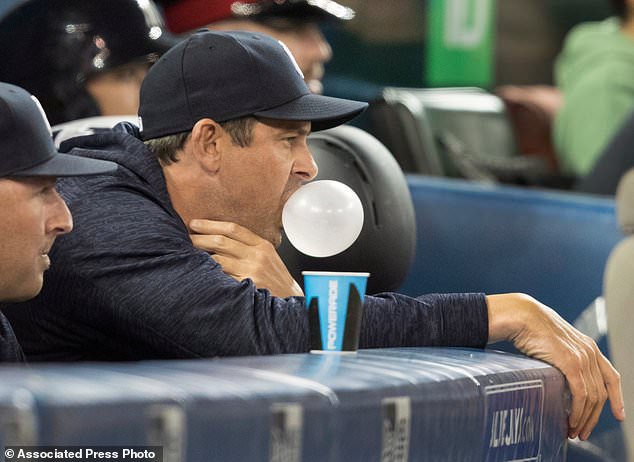 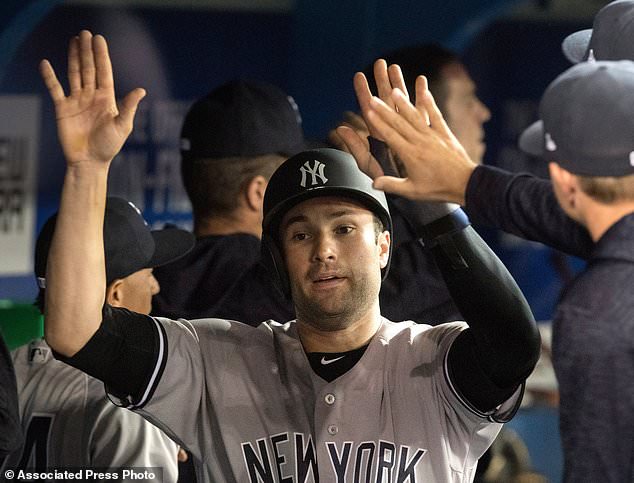 New York Yankees’ Neil Walker is met by teammates in the dugout after scoring in the sixth inning of a baseball game against the Toronto Blue Jays in Toronto, Friday, March 30, 2018. (Fred Thornhill/The Canadian Press via AP) 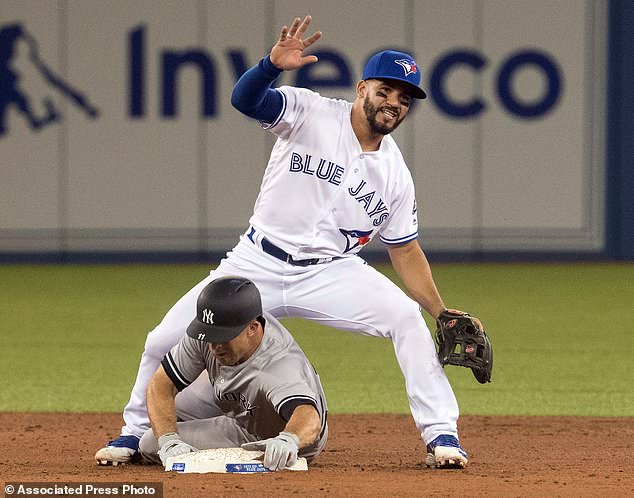 New York Yankees’ Brett Gardner, bottom, is out on a force-out at second base by Toronto Blue Jays’ Devon Travis who finishes a double play in the sixth inning of a baseball game in Toronto, Friday, March 30, 2018. (Fred Thornhill/The Canadian Press via AP)