‘It’s been a dream since I was a kid’: Tanguy Ndombele thrilled with Premier League move and targets bringing trophies to Tottenham

Tottenham’s new record signing Tanguy Ndombele is ready to live his dream by playing in the Premier League and wants to bring silverware to the club.

The 22-year-old France international joined Spurs from Lyon on Tuesday, signing for price that could rise to £63million – more than £20million more than their previous club record.

His arrival, on a six-year deal, is a real statement from Spurs, after boss Mauricio Pochettino called on them to start acting like a big club following their run to the Champions League final last season. 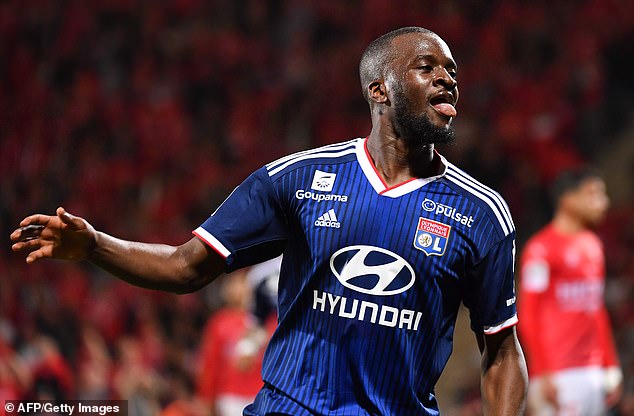 Ndombele is highly rated and also attracted interest from Manchester City and Juventus, but sees his future at Spurs.

‘For me, it’s been a dream of mine since I was a kid to play in the Premier League,’ he told the club’s official website.

‘Now I can make that dream come true right here.

‘I can’t wait, I’m excited at being able to play in the Premier League and I’m hoping that we can achieve great things with the team.

‘I hope to be able to bring what I know I can do – to do my bit for the team.

‘The squad works really well together so I hope to start well, integrate, settle into the group and then continue in the same way. To win silverware, that’s also why I am here. 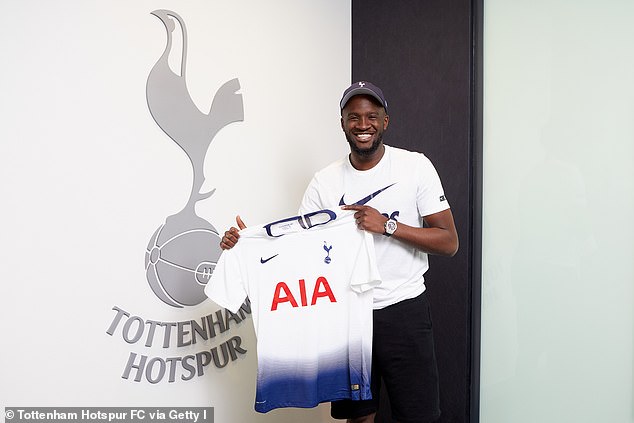 ‘I am very happy to be here and looking forward to playing in the new stadium.

‘It’s very simple for me – Spurs are in the top four teams right now in England.

‘I believe that my style of play is well suited to English football and Tottenham are giving me the opportunity to show that, so I am extremely happy to be here.’

Having gone over 500 days – and through two transfer windows without making any signings – Spurs made two in one day as Ndombele followed Leeds youngster Jack Clarke through the door.

The 18-year-old joined for an undisclosed fee and will return to Elland Road on loan for the duration of the 2019-20 campaign.