Fancy some heavy machinery? Company is selling three ex-military gun tanks that operated during the Vietnam War – but wait until you hear the cost of filling up at the fuel pump

A trio of classic ex-military tanks that operated in the Vietnam War are for sale in Queensland by a business that allows people to drive tanks for fun.

The three Centurion tanks are being sold from Tamborine, about an hour south of Brisbane, for between $80,000 and $120,000 each.

One is a ‘mid-restored’ Mark 3 gun tank and the other two are Mark 5 gun tanks – one of which was restored after its gun turret was damaged in combat in Vietnam.

Queensland company Tank Ride is selling three 52 tonne Vietnam-era gun tanks from its base at Tamborine. Pictured is one of the Mark 5 gun tanks for sale 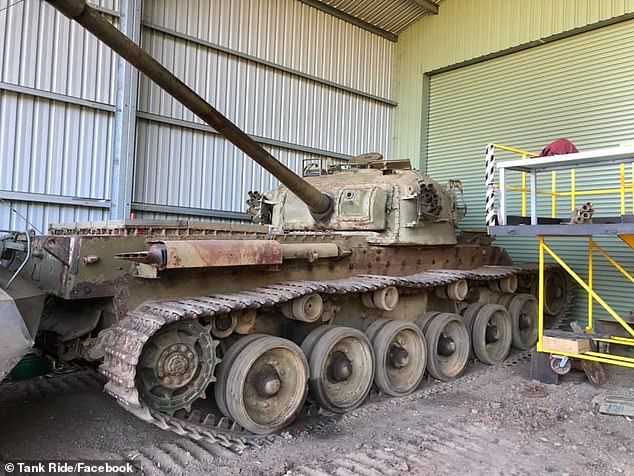 All three were built in the early years after World War II and were best known for their deployment during the Vietnam war, where they saw action.

‘All three start on the button and drive well,’ said the seller, Tim Woods, who runs Tank Ride.

‘All vehicles are stored undercover and have been loved and appreciated,’ he said.

Mr Woods is selling the massive war machines to lighten his workload and make room for new tanks.

‘[It is] due to a lack of time and space and the potential purchase of new different vehicles,’ Mr Woods said.

‘With a large collection that I personally maintain I need to be realistic on my workload.’

Mr Woods also wanted to reassure people that his business is continuing. 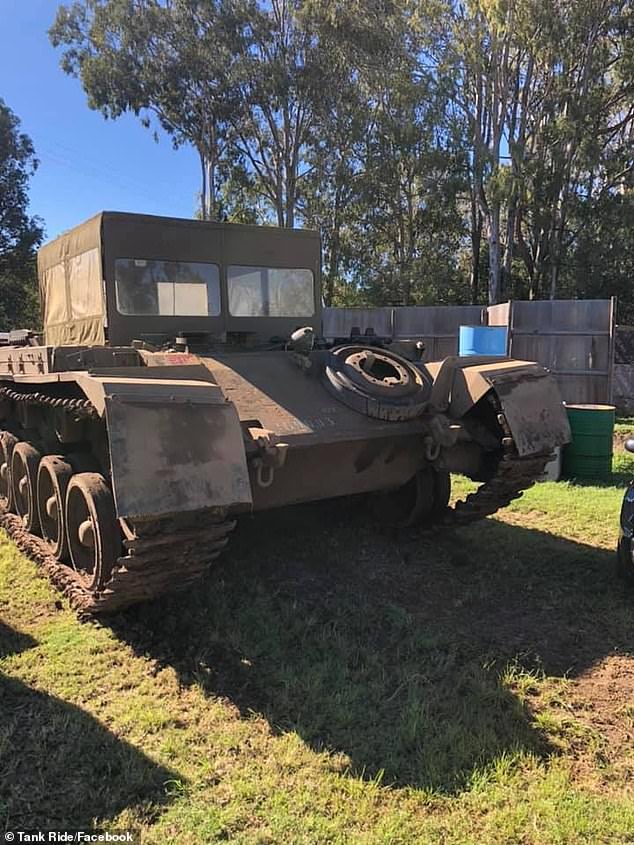 His company has tank rides that start from $100 – ranging up to several hundred – but have several strict rules – including ‘no flip flops’.

While Mr Woods is serious about the sale, the tanks could prove difficult to relocate – so he is open to negotiation if someone wants to store them on this present site.

Each weighs around 52 tonnes, has a top speed of 35km per hour and guzzles two litres of petrol every 100 metres – so just the trip back to Brisbane would cost around $2,500 in gas.

Each time you refill the gas tank it costs around $800.

Just in case anyone was planning to put the tanks back into action, while it is legal to drive them on private property, it is against the law for the weapons to be functional.