60 Minutes reporter Tara Brown made her return to television on Sunday night, in a story on the families of the Rozelle fire victims, that Channel Nine billed as ‘the story of the year’.

However, there was no mention of the child kidnapping attempt that saw her, the 60 Minutes crew, Sally Faulkner and Adam Whittington jailed in Beirut – and her noticeable absence from the show, reported the Sydney Morning Herald.

Social media was divided on her return, with some people praising her on the way she handled an emotional story, and others questioning why she should be allowed back on television.

60 Minutes reporter Tara Brown made her return to television on Sunday night, in a story on the families of the Rozelle fire victims, that Channel Nine billed as ‘the story of the year’

Another said: ‘Great to see Tara Brown back on 60 Minutes, a wonderful reporter.’

Others criticised her return.

‘Tara Brown and co should have been sacked’, one Twitter user said.

Another commented: ‘How is Tara Brown and crew allowed to work yet that woman faces jail for their stuff-up in custody battle? Their rep is diminished.’

This Twitter user praised Tara Brown’s return to television, in her first appearance since her involvement in the botched kidnapping attempt in Beirut

Another Twitter user praised Tara Brown’s return, saying it was an ’emotional and well presented story’

This person also wasn’t impressed with Tara Brown’s return, saying the show’s reputation had been affected, and questioned why Sally Faulkner faced jail when the 60 Minutes crew were back at work

Brown’s return to TV comes as child recovery agent Adam Whittington has been released from jail in Lebanon, nearly four months after his involvement in the attempted child abduction.

According to the Sydney Morning Herald, Mr Whittington was meant to leave the country last week, but was delayed by a last-minute travel ban imposed by the children’s father, Ali Elamine.

However, Mr Whittington’s lawyer condemned the injunction as ‘illegal’ because it was granted by a civil court and not the criminal court, where the matter is being heard.

Mr Whittington said he would be telling his side of the story in full.

‘Finally, finally the truth is coming out, very soon, don’t worry about that,’ he said. 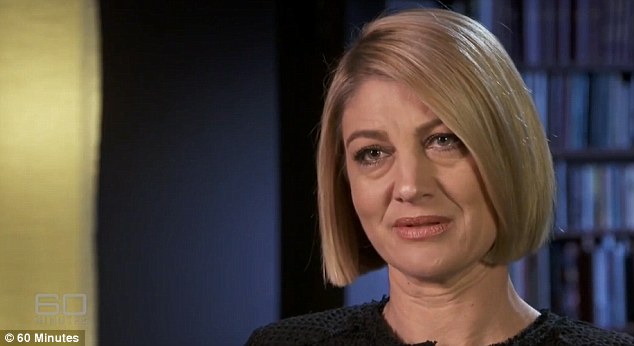 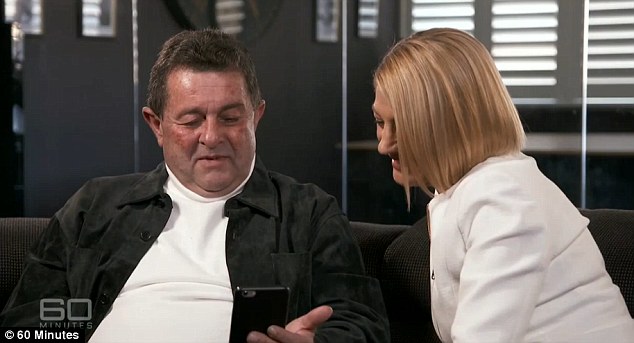 Brown hosted a story on the Rozelle convenience store fire in 2012 that killed three people – Chris Noble, who lived above the store and Bianka O’Brien and her one-year-old son Jude, who lived next door.

Ms Noble revealed the last text message she received from her son said: ‘I love you’, about 4.08am, when he was trapped in his bedroom, unable to escape his burning apartment.

Adeel Khan, the store owner who set fire to the building to claim an insurance payout, has repeatedly denied any involvement in the fire.

He claimed he was being robbed and managed to escape from the supposed assailants.

He is awaiting sentencing for the three deaths. 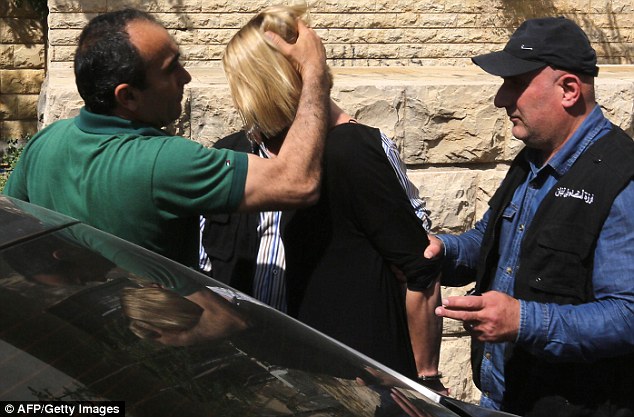 It was Tara Brown’s first appearance back on television since she was arrested and jailed in Lebanon, along with a 60 Minutes crew, for her involvement in the botched attempted kidnapping of two children in Beirut. She is pictured being escorted from a Lebanese courthouse to Baabda Prison in April 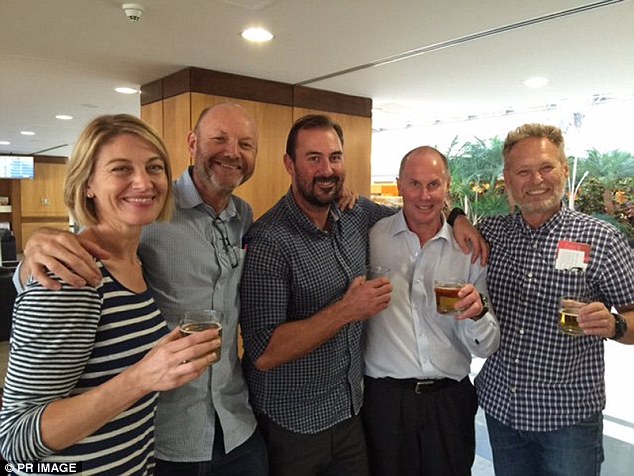