A beloved pet cat has been miraculously found after a shattered vet released the feline to the wrong family by mistake and the cat then vanished.

The desperate search for Tara the tortoiseshell cat was launched in Sydney’s eastern suburbs with pet detectives called in to help track down the beloved animal.

Daily Mail Australia exclusively revealed on Tuesday the world famous Bondi Junction Veterinary Hospital mixed up Tara with another tortoiseshell cat called Lara at the clinic and she then ran away.

The cat had been missing since mid-July but in an update shared to Facebook on Monday night it was revealed Tara has been located safe and well. 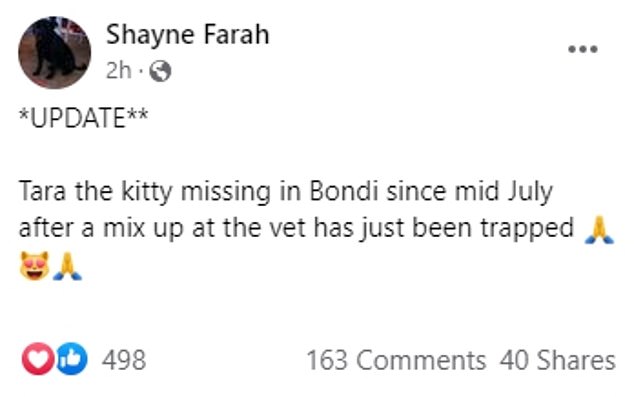 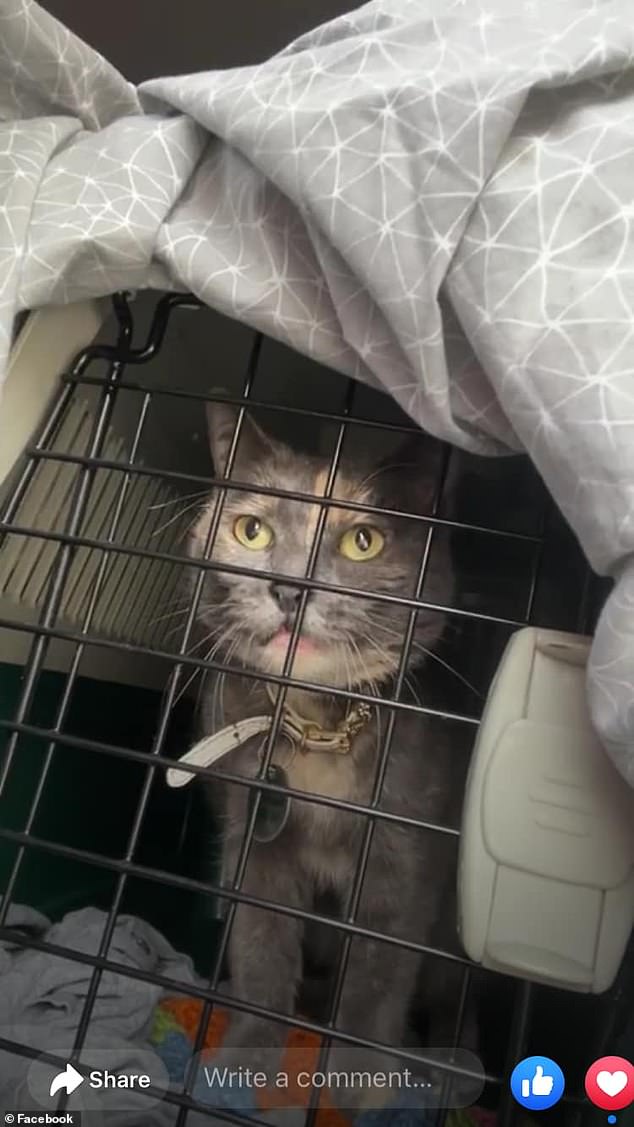 The mixed up happened when Tara was handed to the grandmother of the family which owned Lara.

They didn’t realise it was the wrong cat and let her out into the back garden when the family returned home and Tara, unfamiliar with her surroundings, managed to escape.

Her owners Katie Matthews and her partner Bernardo Matuck, were both overseas in separate  countries visiting sick relatives but were distraught to hear their beloved cat had run away.

Mr Matuck posted on Monday night about the ‘awesome news’ and thanked everyone who helped in the search effort for the furry runaway. 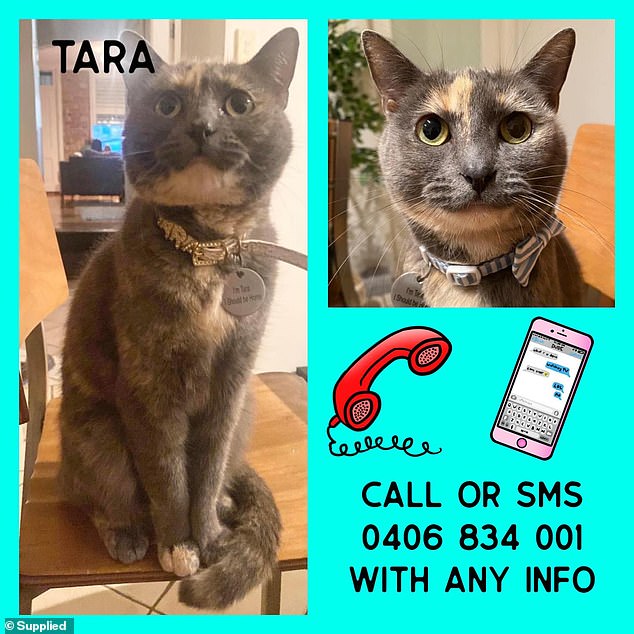 The clinic and staff have been the target of community backlash and abuse since the bungle.

They took to Facebook to shoulder responsibility and ask that negative comments not be directed towards that family of the other cat Lara which picked up the wrong pet.

‘The grandma who inadvertently collected Tara (instead of Lara) did NOT intentionally let Tara outside,’ the clinic said.

‘Ideally, no cat should be let outside immediately after returning home from a stay away from home, and that was the sentiments behind the words typed in the frantic message sent to Tara’s owners. 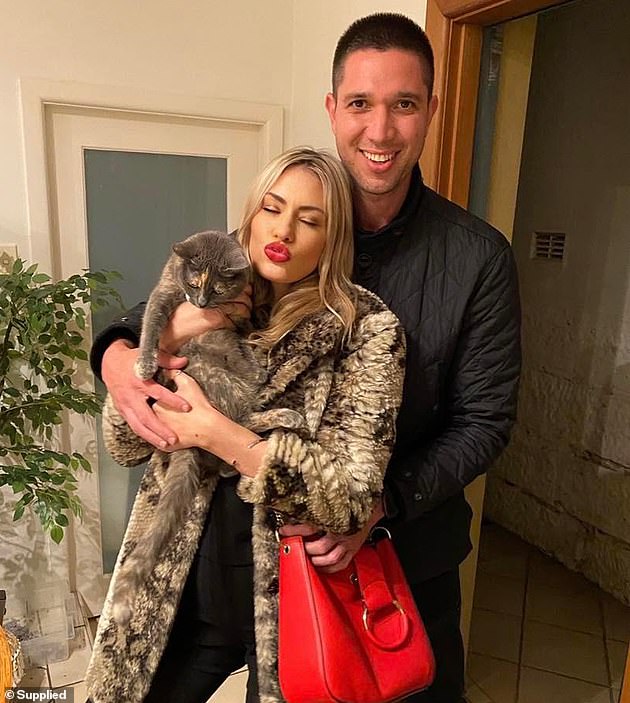 Ms Crawford said there were policies and steps in place to ensure a mix up like this does not happen but they were unfortunately not followed when the pets were released.

‘It was a single mistake made by someone who in that moment wasn’t thinking about what they were doing,’ she said.

‘Similar cats next to each other. Everything is labelled, everything’s in the right place, and it was a human error.

The other cat Lara was released shortly after Tara went missing and has already settled back into life at home.

The series has since moved to be filmed at another local veterinary clinic. 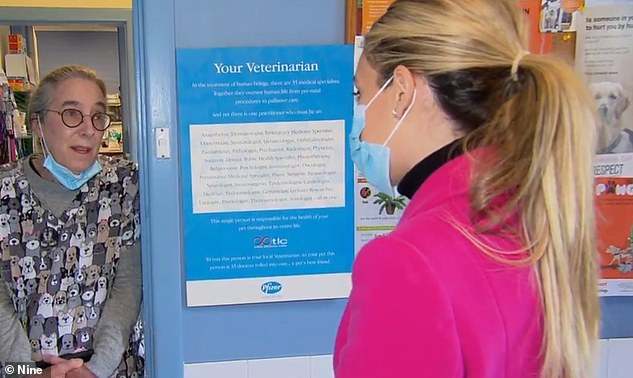 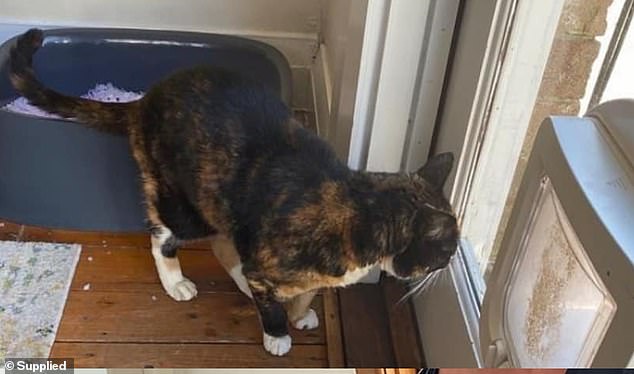 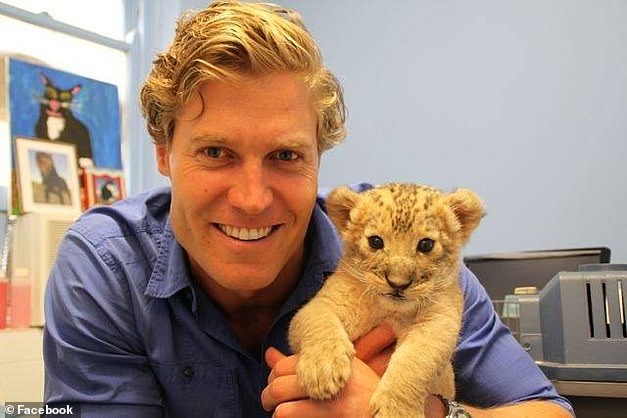