They publicly split up as a couple in December 2016 and finalized their divorce over three years ago.

But that hasn’t stopped Tarek El Moussa and Christina Haack (formerly Anstead) from engaging in some friendly banter with each other, as seen in a recent Instagram give-and-take.

Over the weekend, the former couple got playful when Haack trolled El Moussa for the outfit he was wearing in a video clip, which she compared to 1990s mainstream rapper Vanilla Ice (born Robert Matthew Van Winkle). 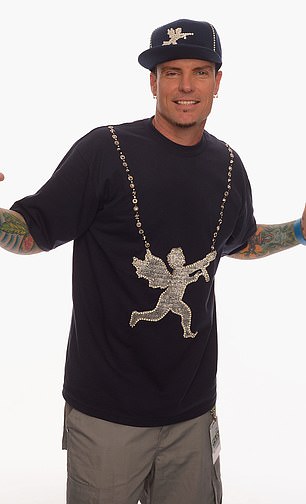 In the clip, El Moussa is wearing dark camouflage pants, a black bomber jacket, black sneakers and a matching baseball cap as he strolls down the sidewalk of a street, looking back at the camera with a smile.

‘Do you know who you look like? Ice Ice Baby,’ Haack says off-camera while laughing, in a reference to Vanilla Ice’s massive 1990 hit single.

El Moussa, 39, then clapped back, ‘I look like the best you ever had,’ which got  Haack to erupt with even more laughter.

The Christina On The Coast star, 37, proceeded to call her ex-husband, ‘The new Vanilla Ice,’ in the post, which he then shared on his own Instagram Stories. 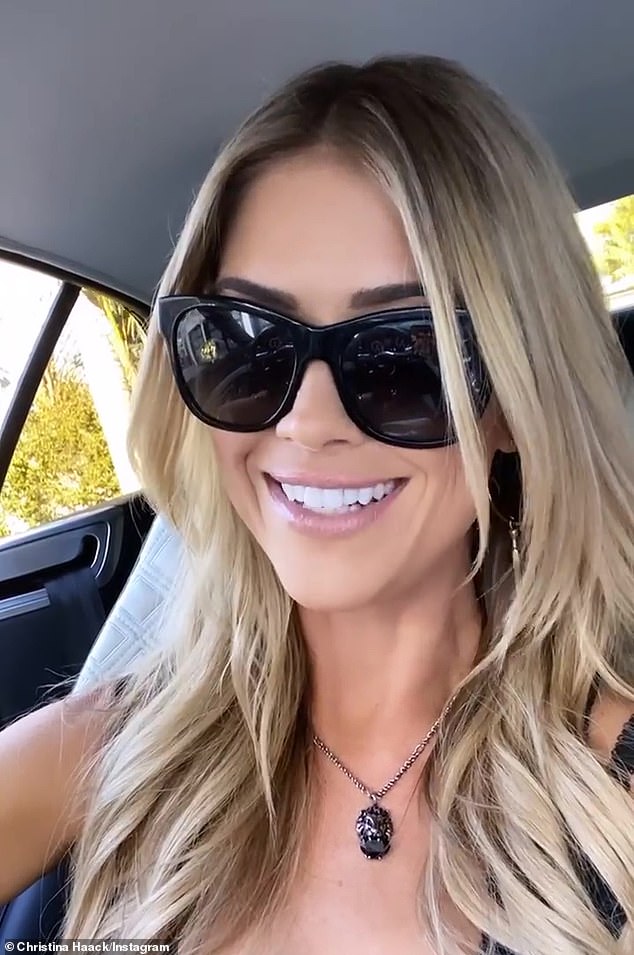 Playful: Do you know who you look like? Ice Ice Baby,’ Haack says off-camera while laughing in regards to El Moussa’s streetwise fashion statement in an Instagram Story video 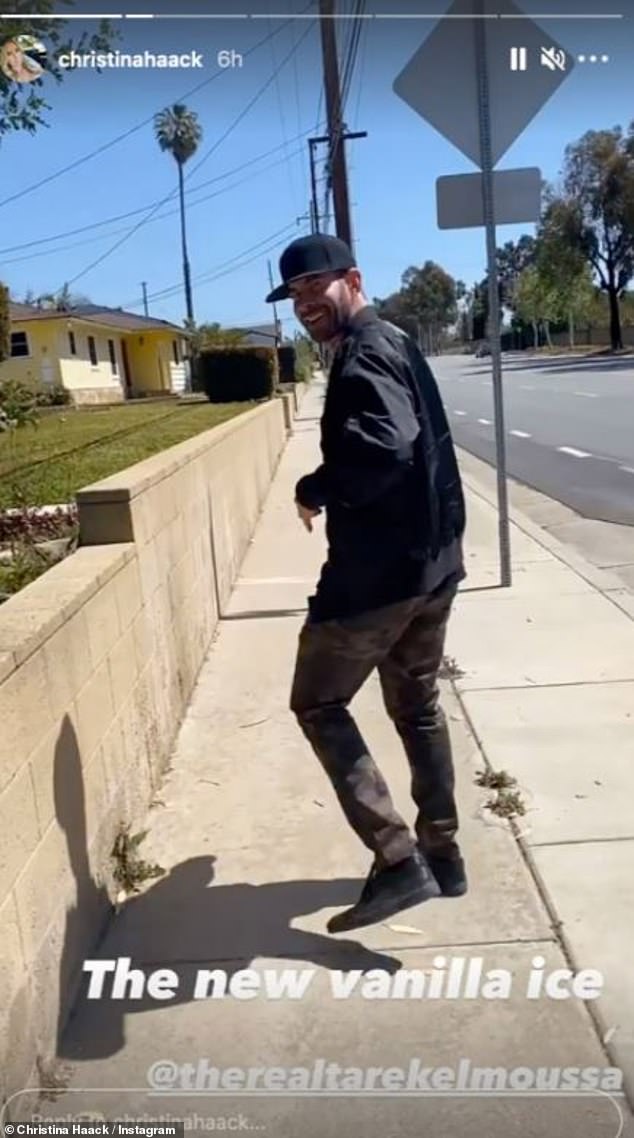 It wasn’t all about poking some friendly fun with each other over the weekend.

Haack, who announced her split from second husband Ant Anstead this past September, also shared some precious family photos on Instagram.

In one sweet snap, Haack can be seen snuggled up with her son Brayden, five, whom she co-parents with her ex-husband, on the soccer pitch.

‘Sooooo glad soccer Saturdays are backkk… The kids need exercise and team sports. Tay played like a champ and scored goals … my little man on my lap-perfect morning,’ she wrote in the caption. 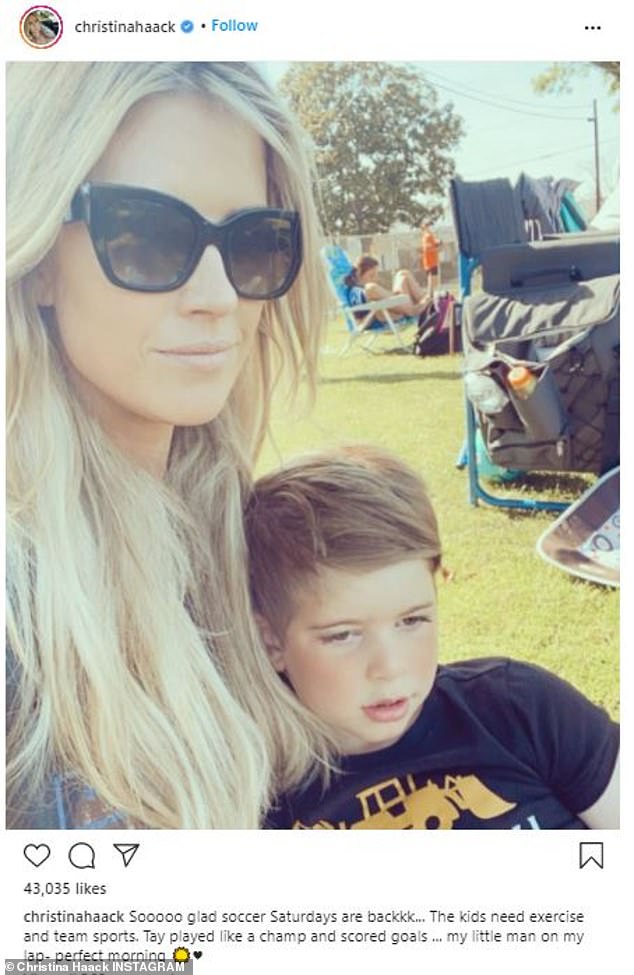 Family time: Haack also shared some  family on Instagram, including her son Brayden, whom she shares with El Moussa, and his return to the soccer pitch on Saturday 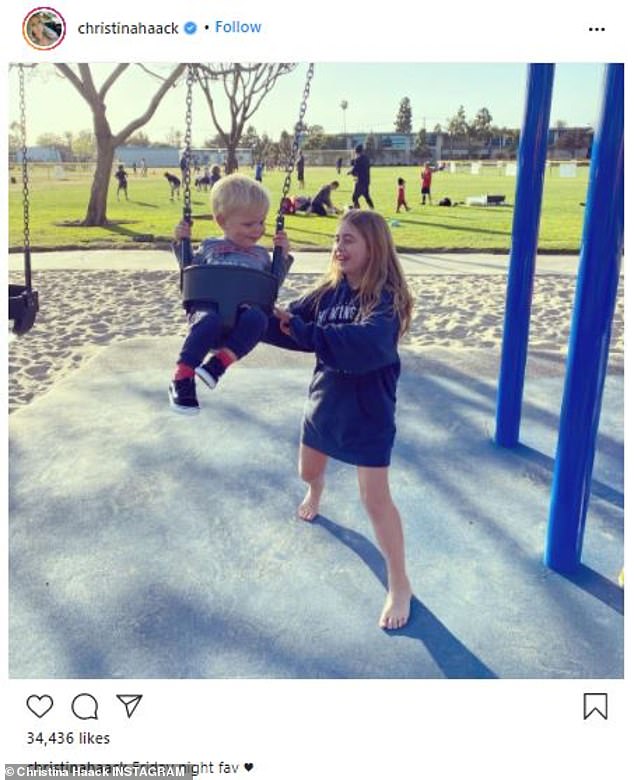 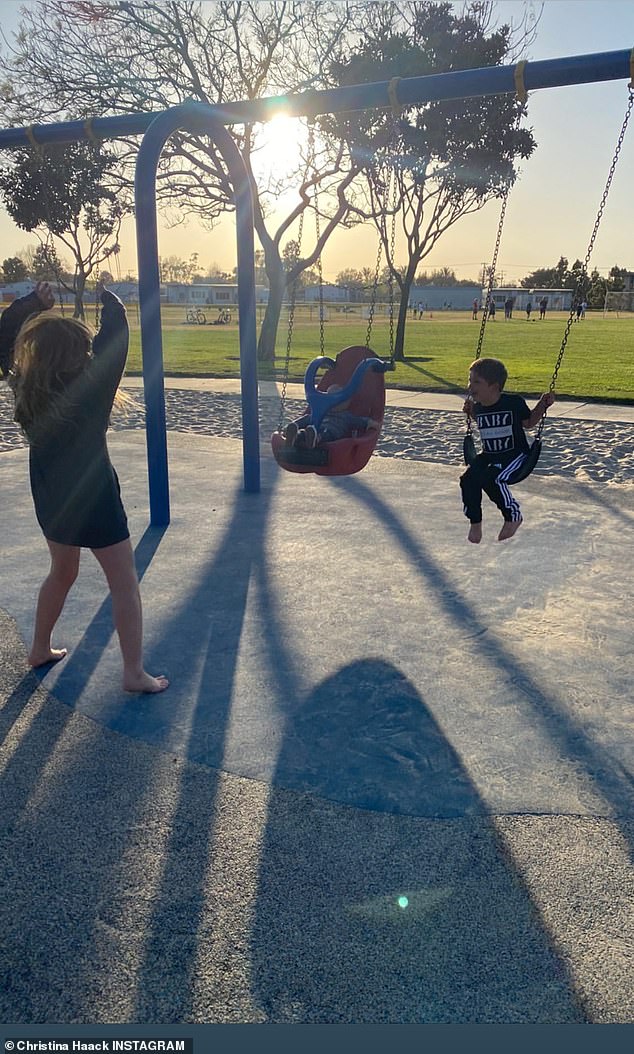 Play time: There’e another view of Haack’s kids all laying together on Friday

There’s also a photo of their daughter Taylor, 10, playing on a swing set with her 18-month-old brother Hudson, who’s father is Ant Anstead.

‘Friday night fav,’  the proud mother gushed in the caption in reference to the sibling love.

Haack and El Moussa were married in 2009. And although they split as a couple about five years ago, they have maintained a working relationship for their HGTV show — Flip Or Flop — that premiered back in 2013.

Season 10, consisting of 15 new episodes will premiere sometime in 2021. 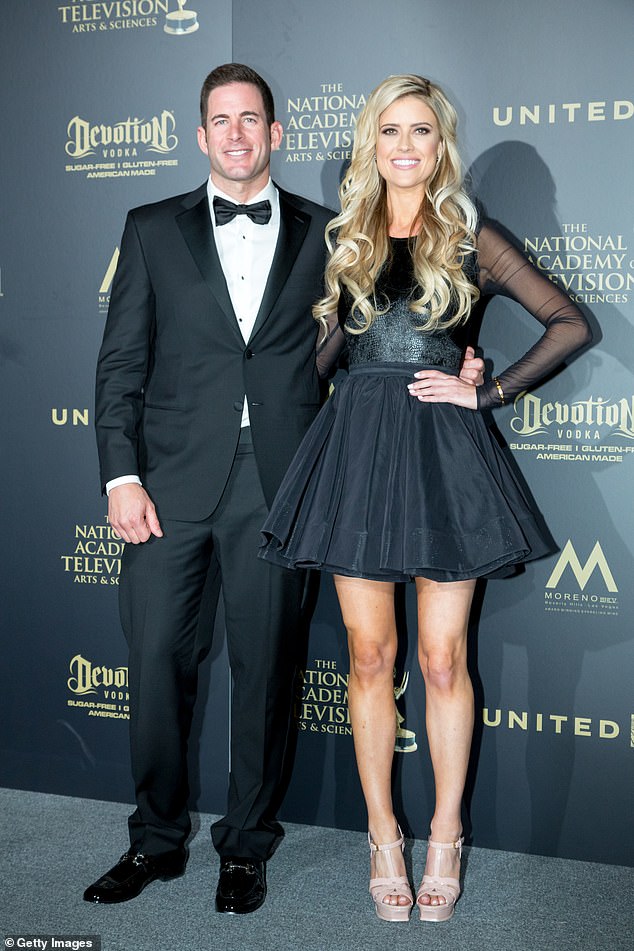 Making it work: El Moussa and Haack co-parent their two kids and have a working relationship ; they are seen in April 2017, about a year after their split 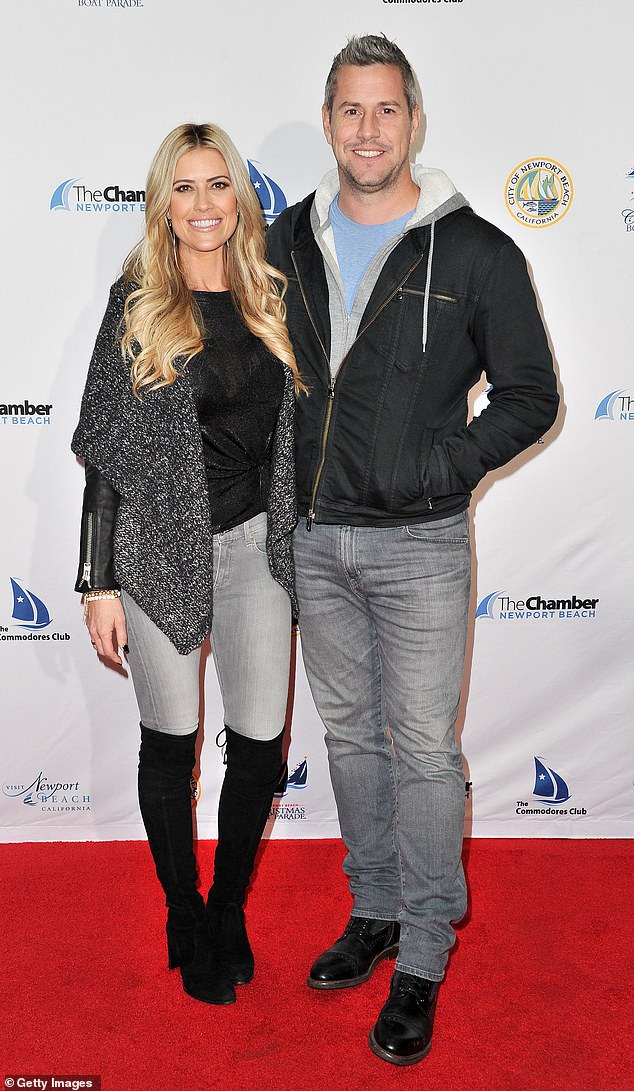 Splitsville: The Flip Or Flop star announced her separation from husband Ant Anstead in September 2020, after less than two years of marriage; they are pictured in December 2019