Tasmania could become the second state in Australia to have voluntary euthanasia by the end of 2019.

Victoria last year became the first state in Australia to allow assisted dying for the terminally ill – two decades after the Northern Territory became the first place in the world to legalise it.

Tasmania’s Liberal Premier Will Hodgman, who in 2017 voted against a euthanasia bill, has indicated he would now be willing to work with the Labor Opposition and the Greens to make it happen.

Tasmania could become the second state in Australia to have voluntary euthanasia by the end of 2019 (stock image). Victoria last year become Australia’s first state to allow assisted dying

‘I would approach a debate as I have previously: with a very open mind, encumbered with the burden of considering a very sensitive issue,’ he told The Australian, adding he would want to ensure a euthanasia law protected the vulnerable.

However, the father of Australia’s first euthanasia laws Marshall Perron is concerned Mr Hodgman could frustrate attempts to allow assisted dying, which is being led by Tasmania’s Greens leader Cassy O’Connor.

‘Will Hodgman, the current premier of Tasmania, has always been an opponent and I despair that he will probably do what he needs to do to block the legislation,’ he told Daily Mail Australia on Monday.

In February 1995 Mr Perron, as Northern Territory chief minister, introduced a private member’s bill to allow voluntary euthanasia for those suffering from a terminal illness. 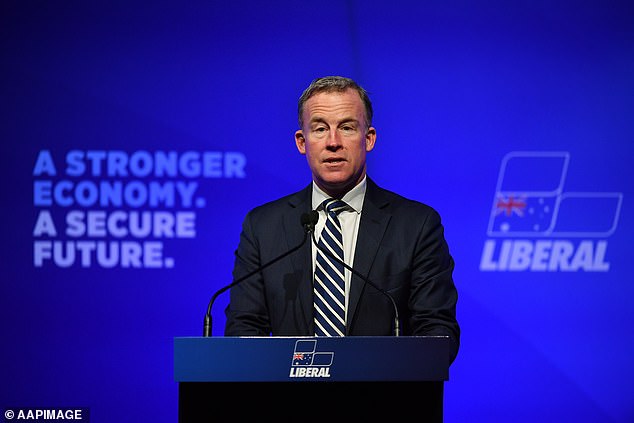 Tasmanian Premier Will Hodgman (pictured), who in 2017 voted against a euthanasia bill, has indicated he would now be willing to work with Labor and the Greens to make it happen

The former Country Liberal Party leader said that while opinion polls showed 80 per cent of Australians supported euthanasia, the Catholic Church in particular was effective in running a political campaign to stop it. 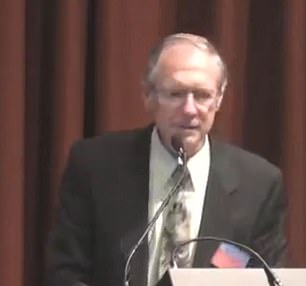 Marshall Perron: ‘It’s still the Catholic influence throughout the right wings of the Liberal Party’

‘It’s still the Catholic influence throughout the right wings of the Liberal Party that are the strong opponents,’ he said.

In March 1997, the Northern Territory’s Rights of the Terminally Ill Act was overturned by the federal Parliament, following a private member’s bill from conservative Liberal MP Kevin Andrews.

By that time, four terminally-ill people in the NT had been assisted to die, during the nine months of the NT’s euthanasia laws.

Two decades later, Victoria’s Parliament legalised voluntary euthanasia for those who had lived in the state for a year and had just 12 months to live.

Under the Northern Territory’s overturned laws, anyone with a terminal illness could have assisted dying provided the patient had obtained the medical opinion of a specialist, a general practitioner and a psychiatrist. 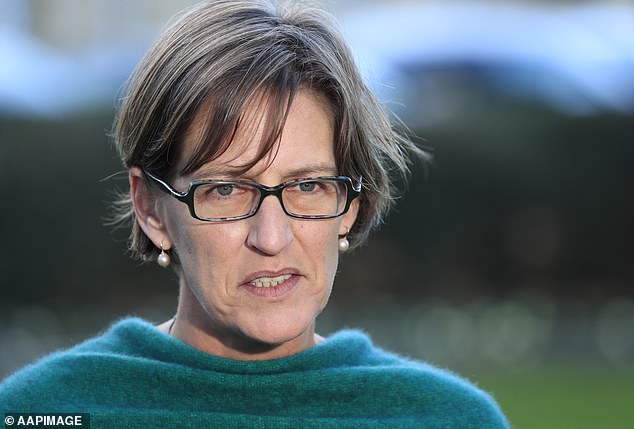 The terminally-ill person didn’t need to have been diagnosed with an illness giving them less than a year to live.

EUTHANASIA AT A GLANCE

Victoria last year became the first state in Australia to legalise voluntary euthanasia. It comes into effect in June 2019.

Assisted dying is available for those who have lived in the state for a year, have been given just 12 months to live and ‘cannot be relieved in a manner the person deems tolerable’.

The Northern Territory had euthanasia from July 1996 to March 1997, when it was overturned by federal Parliament.

During that time, four people opted for legalised assisted suicide under the Rights of the Terminally Ill Act, which was the world’s first euthanasia law.

‘In my view, if you are diagnosed with a terminal illness, what you want is the satisfaction of knowing that if the suffering becomes too bad, you could put up your hand and say, “That’s enough, I’m ready to go now” and in the meantime you can get on with your life,’ Mr Perron said.

‘Under systems where you put a term on it, such as six months or 12 months as Victoria has done, it means that … you’ve got to endure until those periods come along.’

Mr Perron was reluctant to predict when every state and territory would legislate for voluntary euthanasia but said Western Australia and South Australia could be next.

He also compared the fight to allow assisted dying with legalising abortion and gay marriage.

Tasmania’s euthanasia bill would pass with the support of Liberal Speaker Sue Hickey even if government MPs, who are being given a conscience vote, opposed it.