Australia’s greatest-ever sporting fairytale: How Tasmania’s JackJumpers have defied 67-1 odds to make the NBL grand final in their FIRST season

They were rank outsiders at the start of the season – but in remarkable scenes, the Tasmania JackJumpers have progressed to the NBL Grand Final series versus the Sydney Kings.

In what is looming as Australia’s greatest ever sporting fairytale should they snare the silverware, Scott Roth’s squad have exceeded all expectations in their first season in the competition.

Roth, 58, a former NBA star with Utah, San Antonio and Minnesota, almost quit as head coach only six months ago.

Not seeing his family for over a year due to the global pandemic had taken its toll, and he wanted to surround himself with loved ones.

Roth’s wife and daughter talked him into staying and the Cleveland born leader was recently crowned NBL Coach of the Year.

Before their first official match against the Brisbane Bullets on December 3, the new sporting franchise based in Hobart were paying as much as $67 with some bookmakers to feature in the decider. 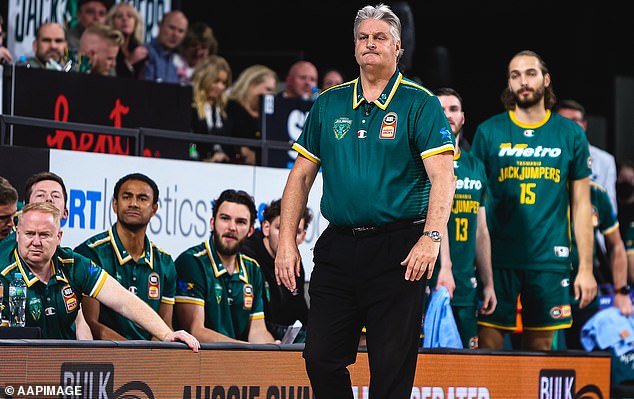 Coach Scott Roth assembled a squad which has exceeded expectations all season, – in the team’s first season in the competition

Someone forget to tell the ‘Jackies.’

With journeyman US import Josh Adams a standout, the JackJumpers finished the season in fourth spot, and on Monday night stunned red-hot favourites Melbourne United 76-73 in an epic game three semi-final decider.

‘This is unbelievable,’ he said in commentary on ESPN on Monday night after their against the odds win in Melbourne.

‘It is such an underdog story. Look at the joy and jubilation. It’s amazing. They’ve cobbled this team together that no one gave a chance.

‘They are the best sporting story in Australia at the moment.’

After toppling United – who were the reigning premiers – Roth praised his ‘special group’ of players. 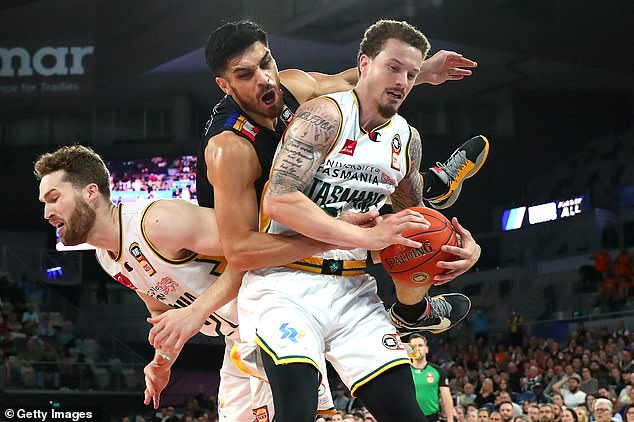 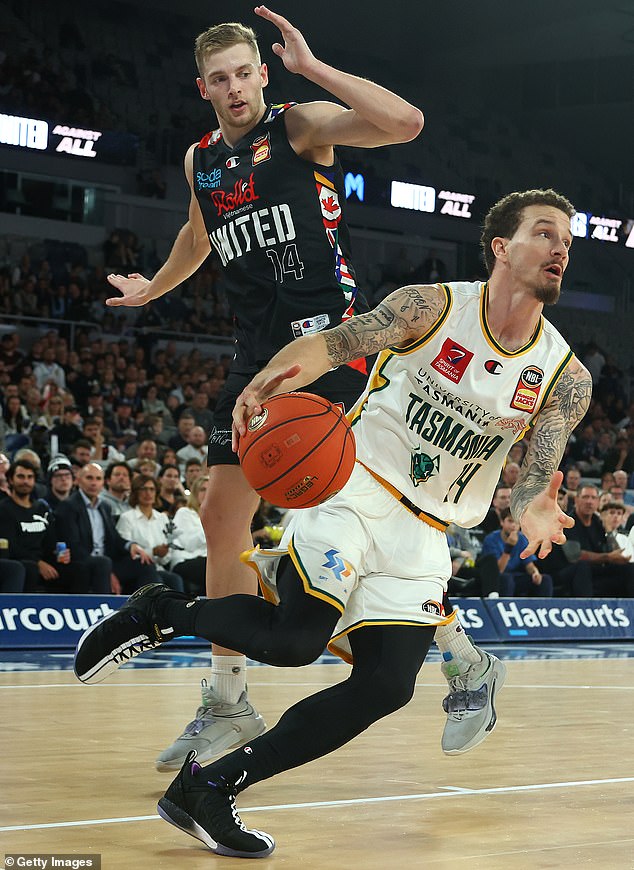 If the JackJumpers are to complete their sporting fairytale, Josh Adams will need to fire in the Grand Final series against Sydney

‘To impact like these guys have done is just a fantastic thing for our group and the state and I don’t know what to say…other than we are just blessed to be in this position and humbled by it,’ he said.

‘I think we’ve impacted Tasmanian basketball for kids, they can rally around this sport and embrace it.

‘Sports are so impactful and this is just a huge moment for Tasmania in general.’

The amazing on-court feats of the JackJumpers will also have the AFL looking over their shoulder with fear.

For years they have toyed with the idea of introducing a professional team based out of Tassie, but ultimately sat on their hands, pointing to the costs involved of starting a franchise from scratch.

The JackJumpers have shown it can be done, and emerging athletes may now take to the court in droves rather than chase a Sherrin.

Ahead of game one of the grand final series – where the Kings are overwhelming favourites – competition MVP Jaylen Adams is the player to watch on court.

Few hoops experts believe the JackJumpers will end up hoisting the silverware – which is exactly how Roth and his players likes it, happily embracing the underdog tag.

Game two is in Hobart at a sold-out MyState Bank Arena on Sunday May 8, with a third match scheduled in the Harbour City on May 11 if required.