Tasmania creates a ‘safe travel bubble’ with the Northern Territory, South Australia and Western Australia – but it’s bad news for people from NSW and Victoria

Tasmania will open its borders to South Australia, Western Australia and the Northern Territory in two weeks but Victorians are firmly not welcome.

Premier Peter Gutwein has announced a travel bubble with the three jurisdictions will be set up on August 7.

Mr Gutwein says borders with the other mainland states and territories would stay closed for the time being because of their higher COVID-19 case numbers.

‘Our state, without a doubt, is one of the safest places in the world right now,’ he said on Friday.

‘In public health’s view, so are South Australia, the Northern Territory and Western Australia.’

Tasmania has just one active case of coronavirus, a young woman who returned from Victoria about a week ago and tested positive in hotel quarantine.

The state has gone more than 60 days without recording a fresh case.

People arriving as part of the travel bubble will be subject to mandatory health checks and anyone with virus symptoms will be forced to take a test.

If they refuse, they will be ordered into hotel quarantine for 14 days or sent home. 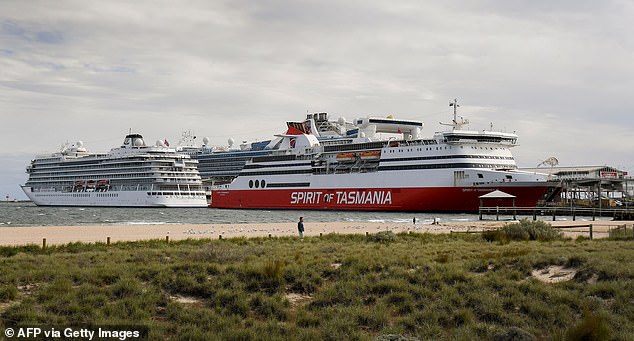 Health authorities will be conducting checks at airports and sea ports (Pictured: the Spirit of Tasmania) 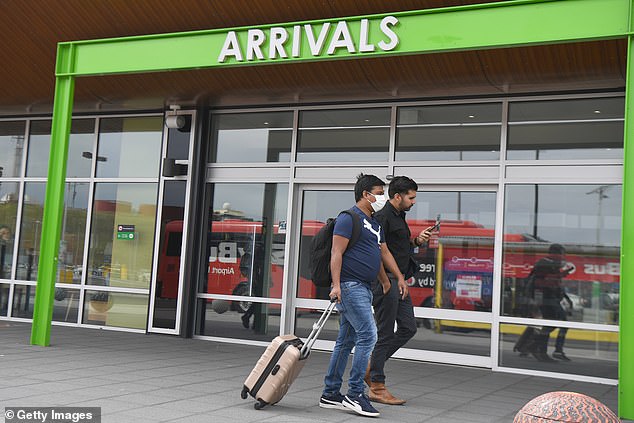 Mr Gutwein said he couldn’t see the border reopening with Victoria anytime in the near future.

‘Victoria is without doubt in the fight of its life at the moment,’ he said.

Mr Gutwein said Tasmania would not reopen with Queensland, NSW or the ACT before August 14 but added more information would be provided on August 7.

This puts a line through the AFL fixture scheduled for August 9 in Hobart between North Melbourne and Melbourne, as the clubs are based in Queensland.

From next Friday, people quarantining in hotels will have to foot a $2800 bill per person, except in cases of extreme hardship.

It was also announced essential workers arriving from virus hotspots will be subject to mandatory tests from Friday.

Tasmania was the first state or territory to shut its border and has recorded 227 virus cases in total. 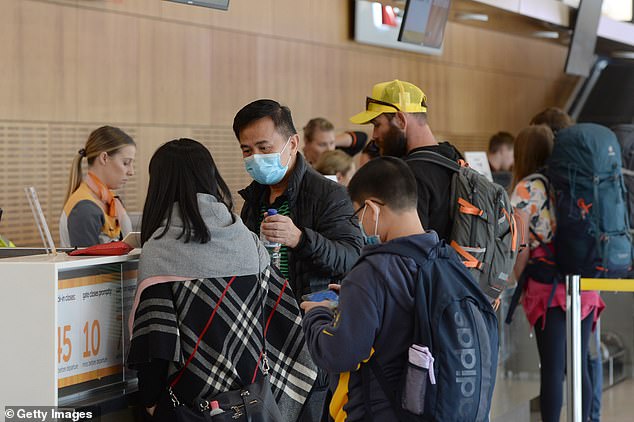 The border reopening will involve strict border measures at airports and ports including Hobart Airport (pictured: travellers go though quarantine checks at Hobart airport on March 19)