‘Tastes as good as my Mum’s’: The four-ingredient Christmas cake home cooks are going wild for

‘Tastes as good as my Mum’s’: The four-ingredient Christmas cake home cooks are going wild for

Keen home cooks are wild for a four-ingredient Christmas cake that takes next to no time to prepare and can be ‘baked’ using a slow cooker.

The recipe of the delicious festive treat was recently revealed by an Australian woman on a Facebook page dedicated to slow cooker recipes.

As well as sharing a photo showing her stunning creation, the woman explained all that was needed were four basic ingredients.

In addition to mixed fruit, the cake is made with chocolate milk, Baileys and self-raising flour.

So what’s the secret to the Christmas cake’s success? 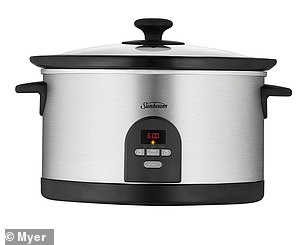 To start, the woman said she soaked one kilogram of mixed fruit and a packet of glace cherries with three-quarters of a cup of Baileys for 24 hours.

Next, she added two-cups of self-raising flour to the mixture before pouring it into a slow cooker lined with two layers of baking paper.

To make sure the cake was easy to remove, she also included a double strip of paper around the inside edge.

How can you make the four ingredient Christmas cake?

1 kilogram of mixed fruit and a packet of glacé cherries

To start, soak fruit in milk and Baileys for 24 hours.

To make removing the cake easier, line the inside of the slow cook with a double layer of baking paper.

Make sure to even out the batter with a spatula. Cook on low for 7-8 hours ensuring you have placed a tea towel under the lid first.

Within moments of posting, the recipe was swamped with reactions and at the time of writing has over 3,500 likes and more than 2,500 comments.

‘I have made this cake the last three years using diet ginger beer instead of the milk since we are diabetic,’ one woman said.

Another revealed they’d made a gluten-free version of the cake as well as substituting the milk for orange juice and Bailey’s for brandy.

‘Easiest fruit cake ever and tastes as good as my Mum’s traditional one. Only ever cooked in the oven. They used to walk out the door of my cafe at Christmas time,’ they said.

Another said they’d also cooked their cake in the oven and switched the chocolate milk for iced coffee flavoured milk. 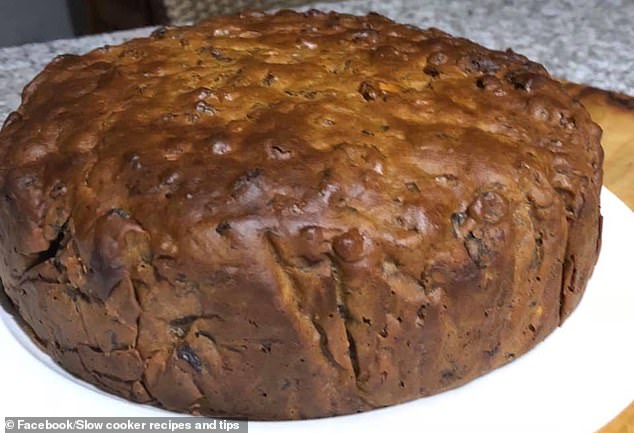 One person took to the thread to ask for an explanation as to why the tea towel was used as part of the cooking process.

While it doesn’t appear as if anyone responded to the woman’s query, Slow Cooker Central revealed the use of a tea towel is a must when cooking certain foods.

‘This [the tea towel] is to absorb condensation and stop it from dripping down into the dish inside.

It’s often used when making cakes and bread etc that you don’t want to end up soggy.’