Australia’s black market vaping industry has been warned it faces a tough future amid plans to crack down on it for health reasons and a new report that wants to see it taxed like cigarettes.

The report, commissioned by British American Tobacco (BAT), recommends e-cigarettes be taxed like tobacco products, which would raise around $800m over four years through GST alone.

Health Minister Mark Butler said the Morrison government ‘dropped the ball’ on vaping, leading to a huge increase in use.

Around 1.1million Australians use vaping products, which is predicted to keep rising.

The rate of Australians aged 18-24 who reported using e-cigarettes nearly doubled, from 2016 to 2019. Pictured is a young woman vaping

Under existing legislation, people can import vaping products following consultation with a doctor but that accounts for a very small proportion of vapers.

Most use of vaping products in Australia comes from illegal purchases made online and at corner stores.

In 2020, then health minister Greg Hunt was forced by resistance from Coalition MPs to drop plans to enforce $200,000 fines on importers of nicotine vaping products without a medical prescription.

UK-based Llewellyn Consulting’s report on legalising vaping products said a tobacco-style excise would deliver billions to the budget if new regulations are imposed to stamp out the black-market industry.

‘These illicit markets have grown enormously. In the process they deprive both the government and legal market operators – including the retail sector – of revenue,’ the report said.

Australian vaping levels are similar to those in New Zealand, Britain and France, where products are legal and regulated.

The Albanese Government is more likely to crack down on the vaping black market for health reasons rather than to take advice from a tobacco company report.

Mr Butler said Labor had a ‘proud history’ of anti-smoking policies – it passed the world’s first plain packaging laws in 2012.

‘Our government is concerned about the increased marketing and use of e-cigarettes, particularly among young people,’ he said. 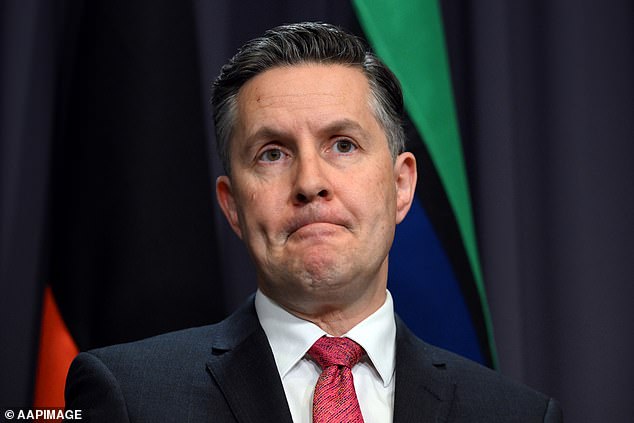 Health Minister Mark Butler (pictured) is concerned about the increased marketing and use of e-cigarettes, particularly among young people 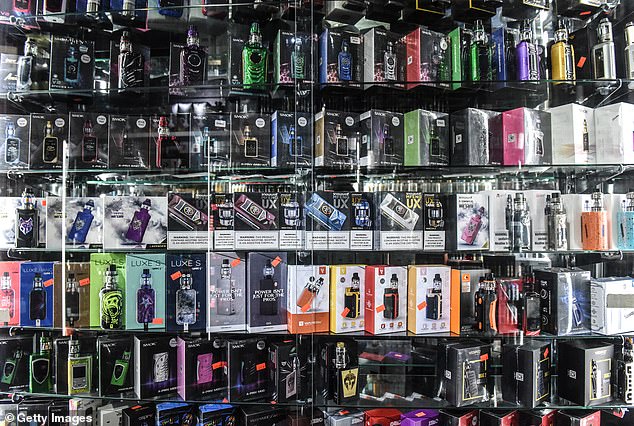 Vaping and e-cigarette products are displayed in a store in New York, but doing so in Australia is illegal

Tobacco taxes in Australia are among the highest in the world, with the federal government raising $13billion, or 2.5 per cent of total tax, from tobacco excise receipts in the last financial year.

As more people shift to vaping or quit smoking in recent years, the government revenue from tobacco excise has dropped by billions of dollars.

It added that regulation would also ‘bear down on the growth in illicit tobacco consumption and bring large and growing illicit vaping product sales into the legal net’. 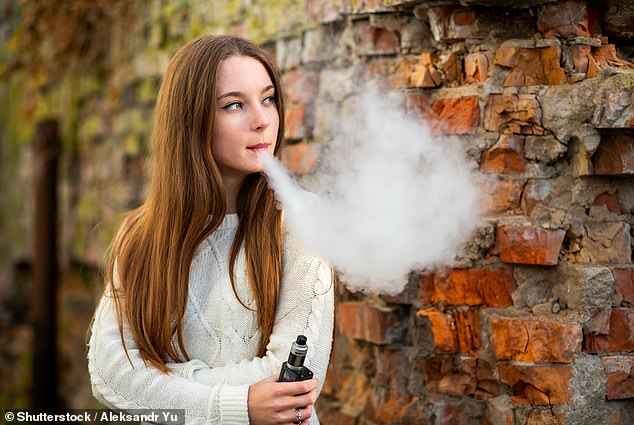 Around 1.1million Australians use vaping products, which is predicted to keep rising. Pictured is a teenager vaping

In June, the National Health and Medical Research Council warned of the dangers of e-cigarettes.

Its review of evidence surrounding the technology found the vapour from e-cigarettes could ‘clearly’ be harmful with ‘limited evidence’ vaping was effective at helping smokers quit.

‘The Government is working with the states and territories to strengthen the regulatory framework governing e-cigarettes and vaping products,’ he said.