This is the heroic moment a taxi driver refused a Romanian people trafficker’s booking to drive a pregnant sex slave back to his brothel.

Tahir Mehmood saved the vulnerable eastern European hotel worker from a life of suffering in the underground sex trade when he noticed her distress on a routine journey in his home town of Coventry.

The cabbie had initially been hailed by Robert Enescu, 26, who asked if he could ferry the woman to a location across the city.

Yet during the ride Mr Mehmood’s passenger broke down into floods of tears and revealed that Enescu had lured her to the UK on the false promise of a masseuse job and had force her into illegal sex work.

He denied being involved in trafficking the woman, who had arrived at Luton Airport on February 16, but was charged, found guilty and jailed for nine years in his absence, having jumped bail. 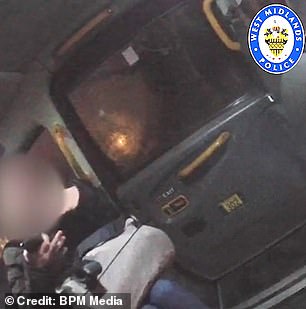 Police rescued the Romanian woman on February 20, 2018 and the next day officers raided the brothel to rescue several other suspected sex slaves.

Mr Mehmood is now in line for a commendation from West Midlands Police after saving the married victim from being forced into the sex trade.

A wanted appeal has now been issued and West Midlands Police is working with forces across the UK and Europol to bring him Enescu to justice. 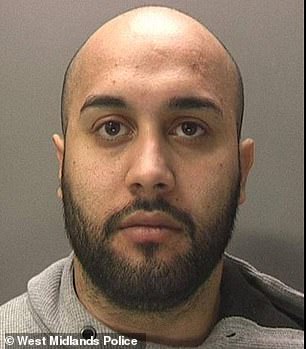 Robert Enescu, 26, has been jailed for nine years in his absence, having jumped bail, for sex trafficking

Police have now released officer bodycam footage of the moment cops responded to a 999 call from the hero cabbie – and found the victim in the rear of his cab.

Married dad-of-two Tahir, from Coventry, described how he was flagged down by Enescu – but then became suspicious after being left alone with the woman.

He said: ‘The man asked me if I could take her to St Christian Road.

‘The lady got in the cab. When I go a little, the lady was upset. She was crying.

‘I said “What’s up love? Why are you crying?” I stopped the taxi and said “Just tell me what’s happened”.

‘Then I dialled 999 and the police came and I told them everything. They spoke to her and she came out the cab and they took her to the police station. 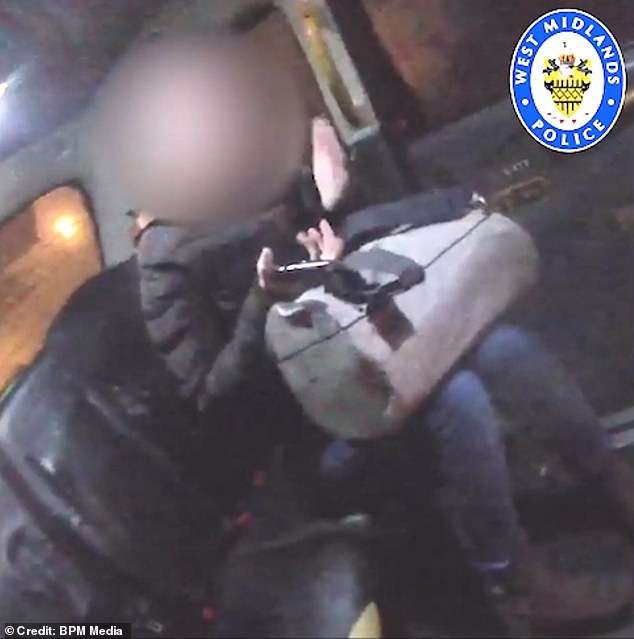 The dad-of-two added: ‘I knew what to do because when I passed my test to be a taxi driver we were told everything, to help the customer, and to ring the police if you’re suspicious about something.

‘I’ve been a taxi driver since 2004 but nothing like this happened before.

‘If I know somebody needs help, I will do. If somebody needs an ambulance I will call. I’m going to help, I’ll try my best to help.’I told my wife and sons. They are happy about it.’

Detective Inspector Wes Martin, who led the investigation through West Midlands Police’s Public Protection Unit, revealed how crucial the cabbie’s involvement had been.

He said: ‘When the taxi driver picked her up, Enescu said “This is my phone number, phone me when she gets there”.

‘He then started driving, and she looked a bit stressed. He was aware she didn’t have any kind of belongings with her and he was quite concerned. 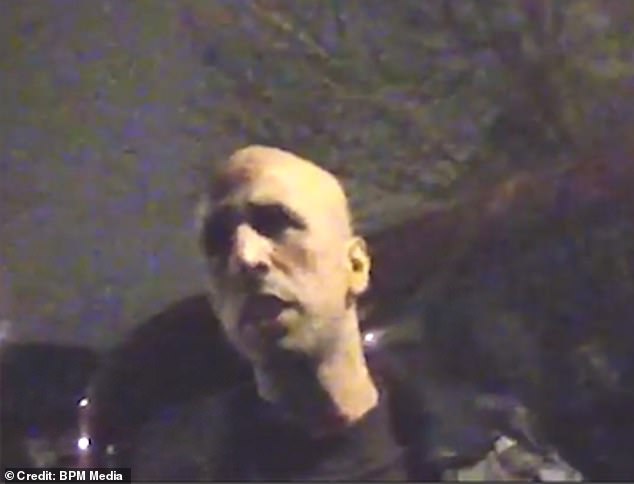 ‘She looked like there’d been an argument so he asked her if she was OK. She said “No” – no more than that really.’

But the cabbie called the police, who raced to the roadside. Experienced officers, including a Romanian-speaking cop, spoke to the woman, who eventually told them what had happened – and she was taken into protective custody.

Det Insp Martin said: ‘The taxi driver is going to be referred for a commendation because what a fantastic member of the public he was to do what he did.

‘He’s a family man, a local Asian taxi driver, and it was a very honourable thing he did.’

Coventry councillor Naeem Akhtar said: ‘The council provides training and information to licensed taxi drivers that if they see something suspicious and believe something is wrong then they must contact the relevant agency.

‘I’m happy one of our drivers was brave and had the intelligence to see what was wrong and made a call to police in what is obviously a high profile case that has resulted in somebody getting convicted.

‘It sends a message that this is a horrendous crime we won’t tolerate…this driver could have just ignored what he saw and the victim would have ended up in a brothel and God knows how long she would have been there. Mr Mehmood’s actions saved her.’