Taxpayers could fork out up to £5million to protect Meghan and Harry’s new home in the grounds of Windsor Castle, it is claimed.

The Duke and Duchess of Sussex are renovating 19th-century Frogmore Cottage before moving there from Kensington Palace in the spring.

Plans will already be being formulated about how to secure the cottage grounds, which in places are only separated from public roads by a six-foot wall.

The Duke and Duchess of Sussex are to move into Frogmore Cottage, in the grounds of the Windsor Estate, after it was given to them by the Queen. Image undated 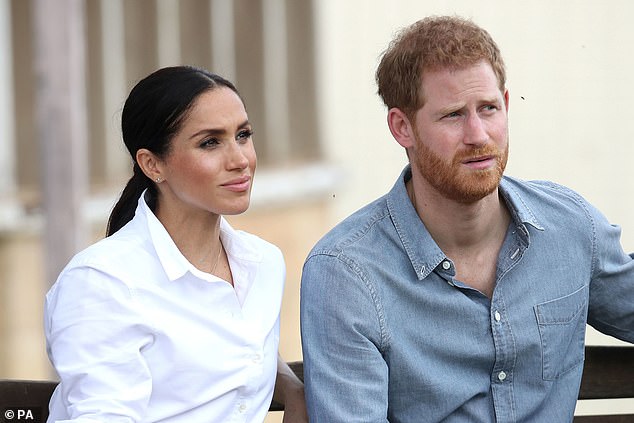 Meghan and Harry, who are expecting their first child in April, are likely to arrive from Kensington Palace in the spring. They are seen on October 17

Former royal protection officer Ken Wharfe told The Mirror: ‘The costs of building and security arrangements could balloon to £5million in the first year.

‘There is no protection at Frogmore, there is no one living there. There are costs of at least two or three private protection officers and to make sure the estate is policed adequately by Thames Valley Police.

‘There will have to be major reviews of the security surrounding that property, exposed on virtually every side.’

The Grade-II listed cottage, near Frogmore House, is 200 yards from the publicly accessible Long Walk, increasing the need for tight security.

Talks on security are believed to be underway between Thames Valley Police, the Metropolitan Police and Kensington Palace.

The cottage has been used as rented accommodation for members of the royal staff and had fallen into disrepair. 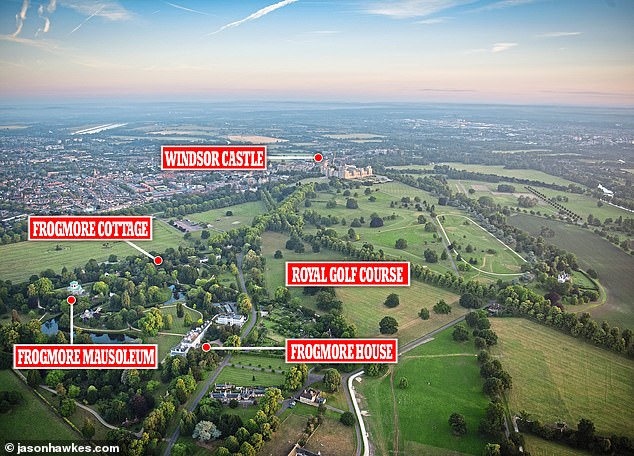 Frogmore Cottage in Windsor, which is located near Frogmore House on the Frogmore Estate, will be the new residence of Harry and Meghan from early 2019 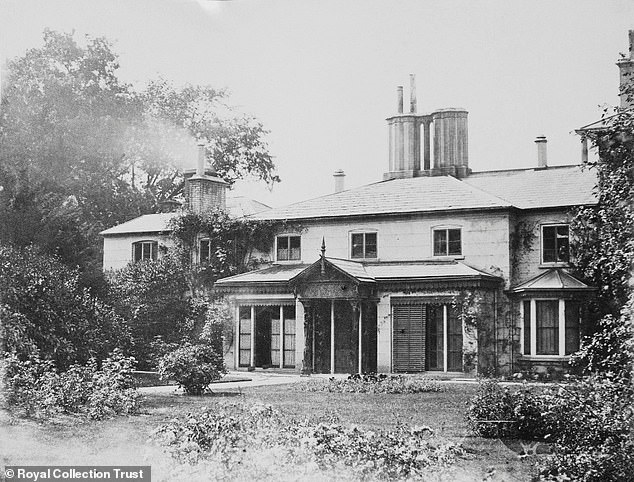 The 19th century cottage has been used as rented accommodation for members of the royal staff and had fallen into disrepair. It is pictured in an undated archive photo

Now a planning application for the building has been lodged with the council ahead of the move by Harry, 34, and Meghan, 37, who are expecting their first child in April. But security concerns mean the plans have been kept private.

A ‘special note’ on the application states it contains ‘sensitive information’ and that the usual plans, architect’s drawings and other documents have not been made public.

Similar levels of secrecy surrounded plans for renovations at Anmer Hall in Norfolk before the Duke and Duchess of Cambridge moved into the Georgian manor on Sandringham Estate.

Harry and Meghan held their wedding reception at Frogmore House, which overlooks the two-storey, stucco-faced cottage, and their engagement pictures were taken in the grounds.

It is understood that the couple hope to turn Frogmore Cottage into a five-bedroom family home, with space for a nursery and a live-in nanny. They currently live in two-bedroom Nottingham Cottage at Kensington Palace.

A Kensington Palace spokesman said the costs of any substantial building work would be covered by the Sovereign Grant, which is ultimately funded by the taxpayer. 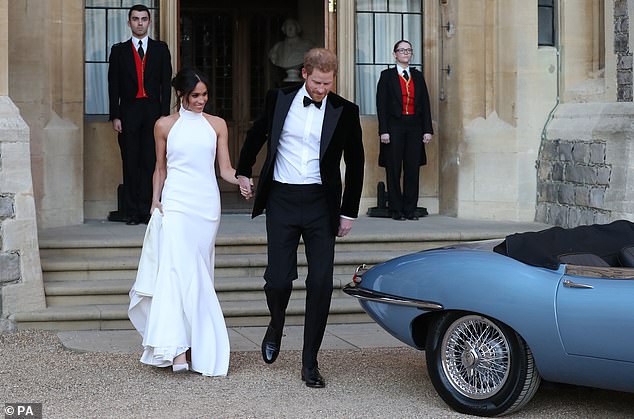 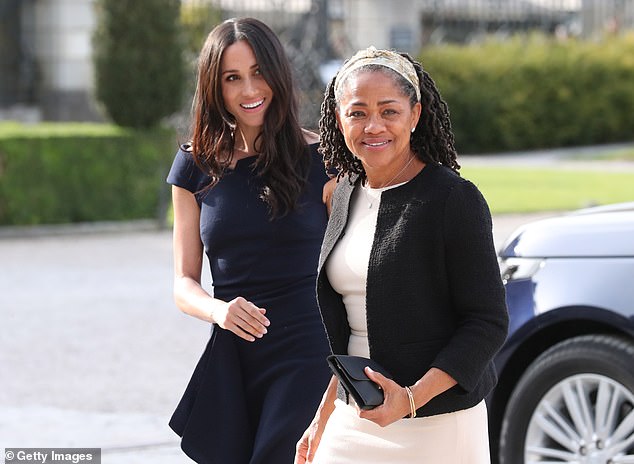 Frogmore is currently divided into five flats, meaning there would be space for separate accommodation for Meghan’s mother Doria Ragland (pictured at Cliveden on May 18)

Decorative work inside the cottage is expected to be paid for by Harry and Meghan, whose wedding cost the public purse £3.4million.

Frogmore is currently divided into five flats, meaning there would be space for separate accommodation for Meghan’s mother Doria Ragland.

The 62-year-old former social worker is expected to be a ‘hands-on’ grandmother, and to stay with the Sussexes on a regular basis.

Frogmore is also less than half a mile from Windsor Castle, meaning the new baby’s great-grandmother the Queen would be close at hand.

Officials from the Royal Borough of Windsor and Maidenhead have already approved a planning application to refit the cottage and install two ‘orangery’ extensions.

The plans, approved in July, also included permission for a bedroom to be built above a studio in the grounds of the cottage, meaning it could potentially be used as a luxury ‘granny flat’.

A further planning application was submitted in October after it was announced that the duchess was pregnant, and it has yet to be approved. 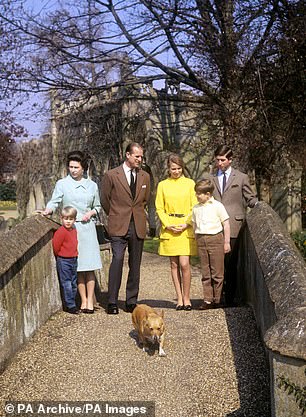 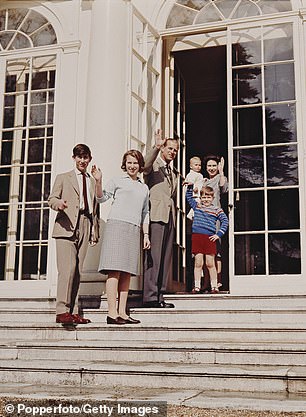 Members of the Royal Family in the grounds of Frogmore House, Windsor, Berkshire. The photo on the left is undated, the one on the right was taken in 1965

The application seeks the council’s permission for internal and external works at the cottage, and ‘landscaping’ in its grounds but no further details have been made public.

A note on the file states: ‘The application contains sensitive information and therefore the public register is not accompanied by any forms, drawings or supporting documents. The application will be advertised in the usual way but there is no additional information that is publicly disclosable.’

A planning officer who approved the first application noted that parts of the cottage and the studio had fallen into disrepair.

The official said original features including fireplaces had been removed and internal stud walls added to divide the cottage into five rented units, used by Royal Household staff.