Taylor Swift’s ‘Reputation’ tour is coming up, and all fans have to do is purchase a $60 gold snake ring from her official site. Kind of.

Swift recently unveiled a new collaboration with Ticketmaster that’s drawing scrutiny from fans, who feel like they’re being forced to spend money on her merchandise and albums to get a chance at buying a concert ticket.

She’s not the first singer to use Ticketmaster’s Verified Fan program. Bruce Springsteen and Ed Sheeran have all tested the verification system, but she appears to be kicking it up a notch by getting her fans to purchase merchandise albums, merchandise and watch videos to ‘boost’ their opportunity to purchase concert tickets.

Taylor Swift recently unveiled a collaboration with Ticketmaster, where fans can purchase her merchandise and albums to ‘boost’ their opportunity to buy tickets to her upcoming tour 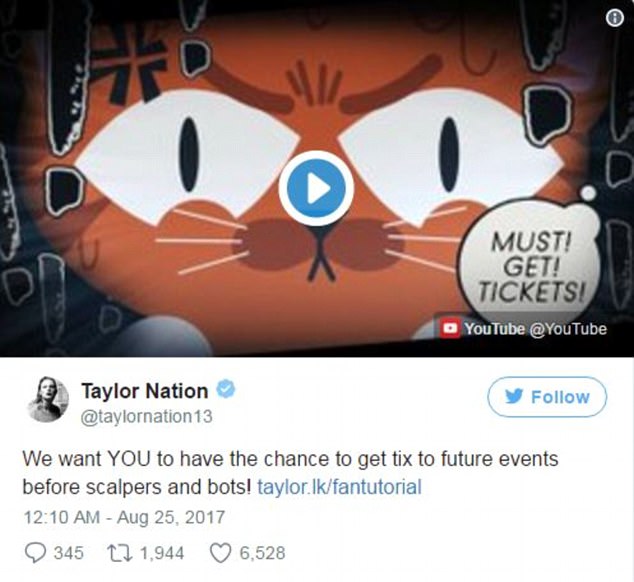 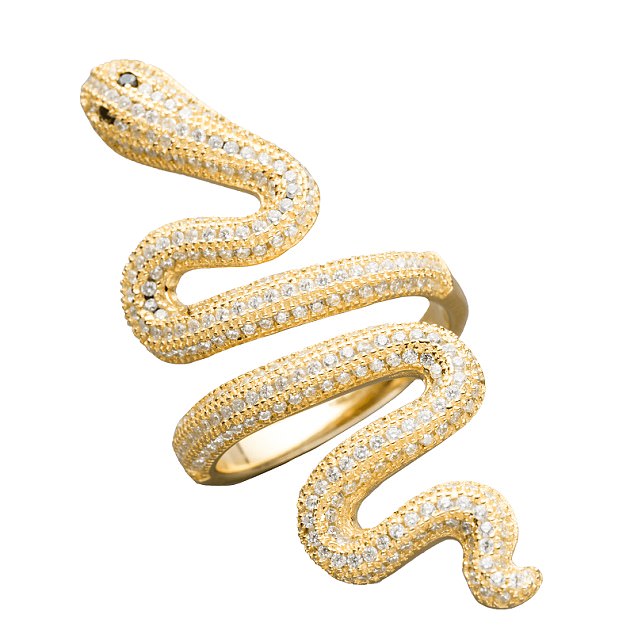 This $60 gold snake ring (above), now sold out, is one of the items that qualifies fans to purchase Swift concert tickets

Swift presented this as a ‘fun way’ for fans to earn access to the show, as well as fight against ticket bots and re-sellers. For years, scalpers have been buying concert tickets through Ticketmaster and then turning a profit. More recently, ticket bot software has been able to automatically purchase thousands of tickets.

Swift has gained a reputation of being a shrewd businesswoman, suing fans for selling artist-inspired items and copyrighting her lyrics, so this move shouldn’t come as a surprise. Her superfans, also known as Swifties, probably would have purchased her merchandise and albums anyway.

But for fans who aren’t trying to spend money just for the chance of spending more money, the arrangement is off-putting. They took to Twitter to voice their complaints. 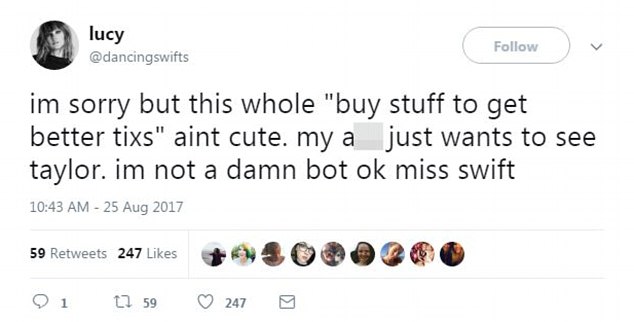 This fan reacted to Swift’s ticket rollout less favorably than others, writing: ‘I’m sorry, but this whole “buy stuff to get better tixs” ain’t cute. My a** just wants to see Taylor. I’m not a damn bot OK, Miss Swift’

The more money Swift fans spend the more likely they are of buying a concert ticket — a distressing fact for this Twitter user: ‘The only thing I don’t like about Taylor Tix is that they prioritize people who spend more money on merch/albums, which not everyone has’ 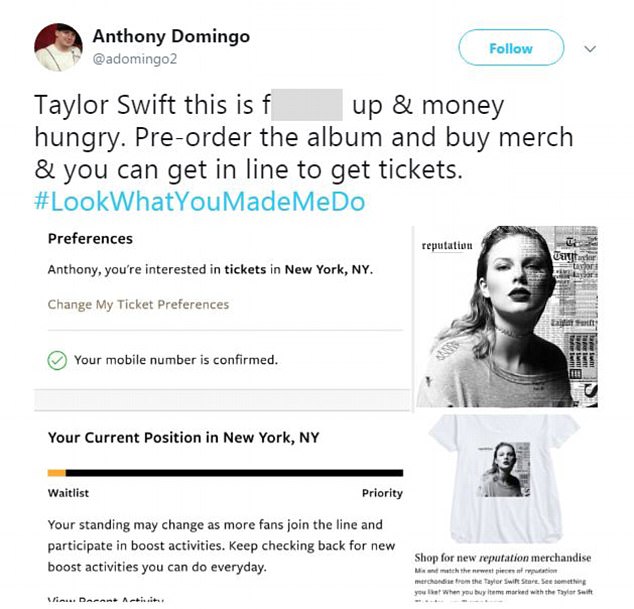 Swift has gained a reputation of being a shrewd businesswoman, suing fans for selling artist-inspired items and copyrighting her lyrics, so this move shouldn’t have come as a surprise to this Twitter user: ‘Taylor Swift this is f***ed up & money hungry’

Pre-ordering Swift’s album Reputation, scheduled for release November 10, will give fans a ‘high boost’, while watching the video for her new single, ‘Look What You Made Me Do’, will give a ‘low boost’. The more ‘boosts’ the closer a fan gets to purchasing a concert ticket.

While everyone who participates in the program until November 28 gets an access code that puts them in line to buy a ticket, there’s still no guarantee of scoring a seat.

A progress bar keeps track of how close fans are of unlocking a ticket sale, but there’s no way for them to know how far they have left to go.

‘Your standing may change as more fans join the line and participate in boost activities. Keep checking back for new boost activities you can do everyday,’ the site states. 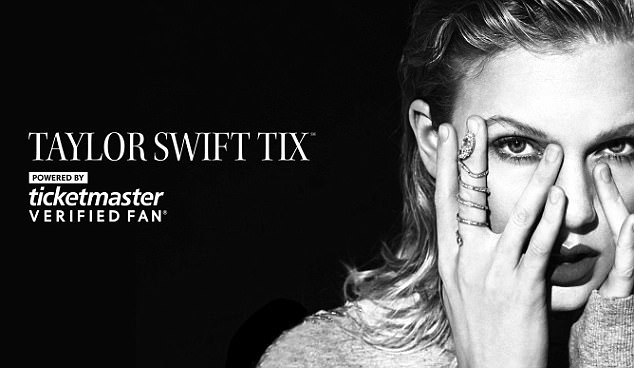 Swift presented the new policy as a ‘fun way’ for fans to earn access to the show, as well as fight against ticket bots and re-sellers 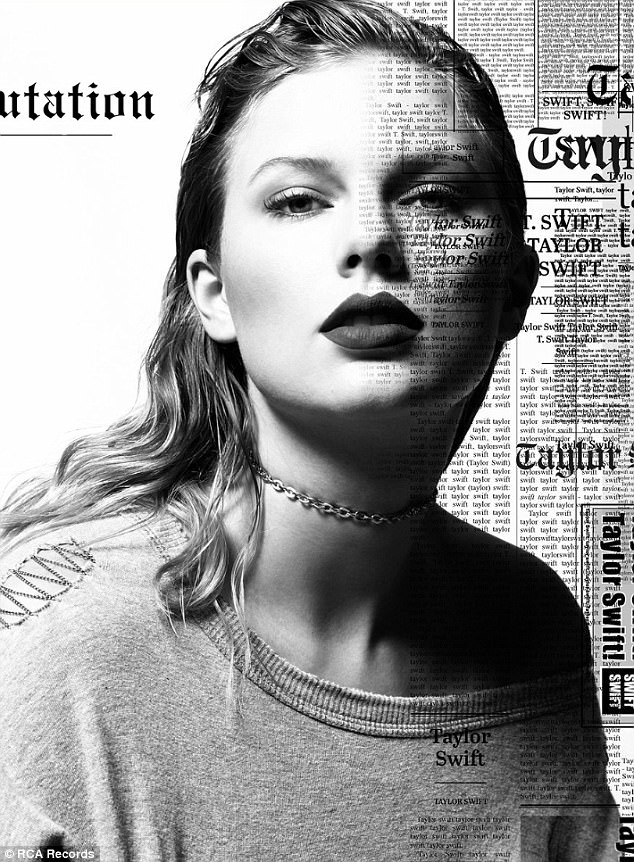 Pre-ordering Swift’s album Reputation (above), scheduled for release November 10, will move fans up the ticket line, but there’s still no guarantee of scoring a seat

Even if fans manage to buy a ticket through the program, there’s little evidence that it will deter scalpers from getting tickets and reselling them for more money, according to Pascal Courty, an economics professor at the University of Victoria.

‘It might frustrate them with a fake sense of hope,’ Courty told CBC News. ‘If you ask them to spend money, it might backlash.’

‘I think she means well. Artists don’t like to see scalpers making money off of their fans, but at the same time, she’s a business woman,’ Breyault told BuzzFeed News.

He added that he doesn’t have ‘any real confidence’ in her new ticket policy because scalpers and bots have been problems ‘for years’.

‘I think the way to address it is by making more tickets available to your fans to begin with. But the way to make that happen is with transparency,’ he said.