By Sara-aisha Kent For Mailonline

Taylor Swift has revealed she has security cameras focused on her rear at every meet-and-greet, after being sexually assaulted in 2013.

Speaking to The Guardian, the Love Story hitmaker, 29, discussed the surveillance cameras surrounding her after she was groped on the backside by DJ David Mueller during a photocall at the Pepsi Center in Colorado.

The American star sued Mueller, which resulted in her winning a court case against him in August 2017 and suing him for a symbolic $1 – two months before the #MeToo movement took off.

Precaution: Taylor Swift has revealed she has security cameras focused on her rear at every meet-and-greet, after being sexually assaulted in 2013 (pictured May 2019)

Taylor discussed the measures she and her protection team now take following the assault, with cameras deliberately pointed at the lower half of her body.

She said: ‘I’m really lucky that it hadn’t happened to me before. But that was one of the reasons it was so traumatising. I just didn’t know that could happen. It was really brazen, in front of seven people.

‘If something happens again, we can prove it with video footage from every angle.’

In August 2017, an eight-member jury sided with Taylor in her countersuit against fired radio DJ Mueller in Denver.

Speaking of the court case, she continued: ‘You’re supposed to behave yourself in court and say ‘rear end’.”The other lawyer was saying, ‘When did he touch your backside?’ And I was like, ‘A**! Call it what it is!’ 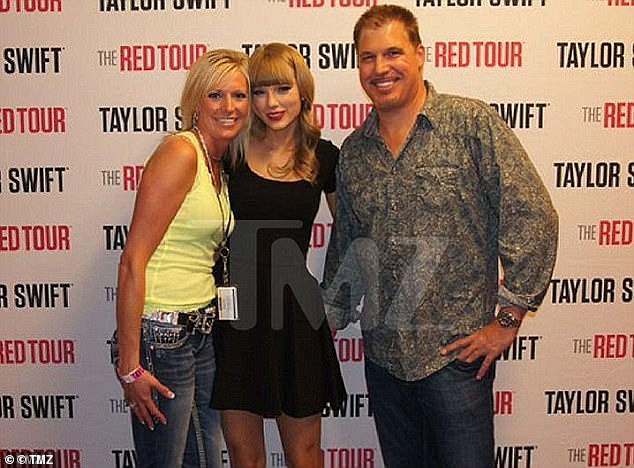 Inappropriate: The star decided to up her security after she was groped on her backside by David Mueller (above right) at a photo call, six years ago, which resulted in her winning a court case against the DJ and suing him for a symbolic $1 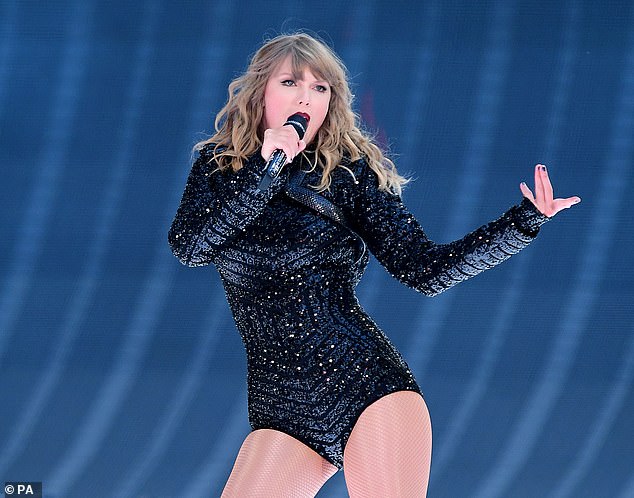 Security: The Love Story hitmaker revealed that she has surveillance cameras focused on her bottom whenever she performs a meet-and-greet to prevent being touched inappropriately (pictured August 2019)

After nearly four hours of deliberating, the jury, comprised of six women and two men, ruled in favour of Swift.

Mueller was required to pay $1 in damages to the songstress.

During the trial Swift testified how a ‘drunk’ Mueller groped her bare backside after lifting her skirt and leaving his hand ‘latched’ on.

‘He lifted my skirt and grabbed my bare ass cheek,’ Swift told the jury in the civil trial.

‘It was a definite grab, not jostling.’

Upon further grilling by Mueller’s attorney, Swift told jurors that Mueller and his then girlfriend appeared to be intoxicated at their event.

She said that she doesn’t blame her former bodyguard who witnessed the assault for not stopping Mueller, telling jurors, ‘I’m not critical of my bodyguard for not doing anything, I’m critical of your client (Mueller) for sticking his hand under my skirt and grabbing my ass.’

When grilled about how she felt about Mueller losing his job because of the allegations, the signer countered by saying, ‘I am not going to allow your client make me feel like it anyway it’s my fault because it isn’t.’

She said that she doesn’t have any feelings on Mueller as a person, ‘I don’t know him, but what he did was despicable. 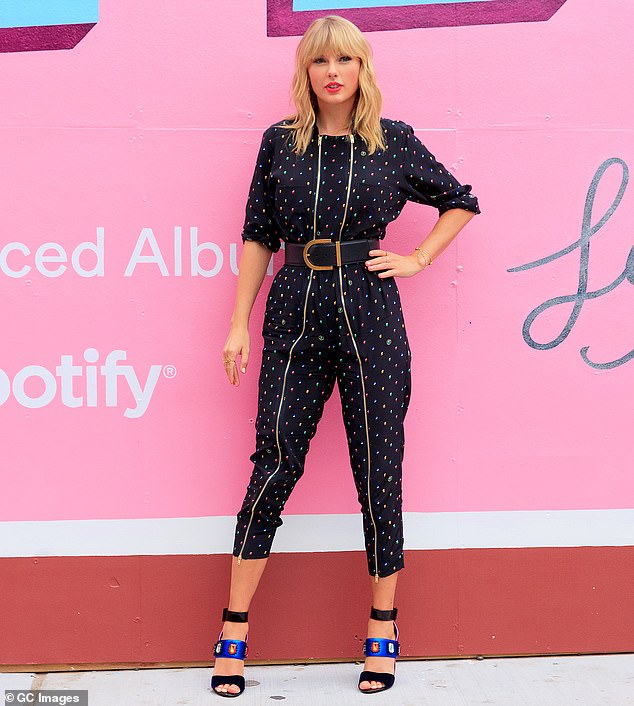 Safety measure: The star said: ‘If something happens again, we can prove it with video footage from every angle.’